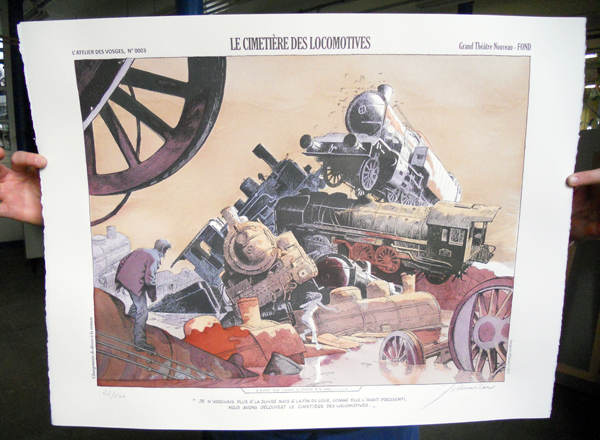 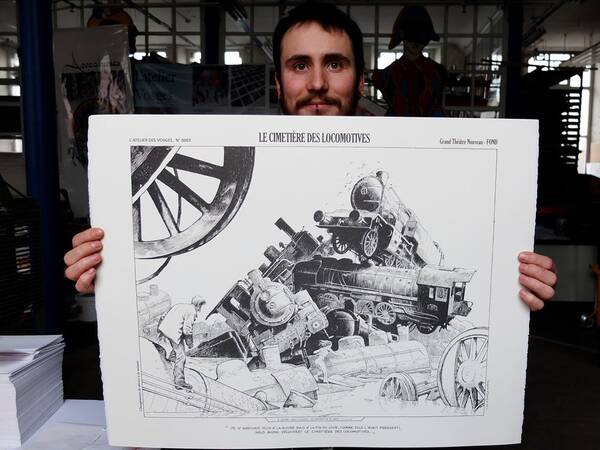 Christin Georgel showing the first test pressing of the image 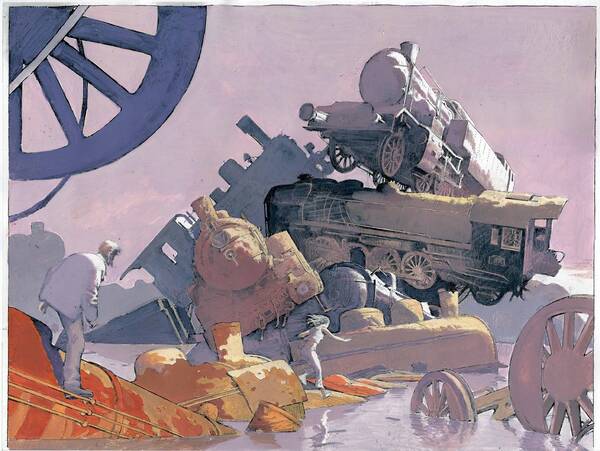 Original color setting by François Schuiten without the black film 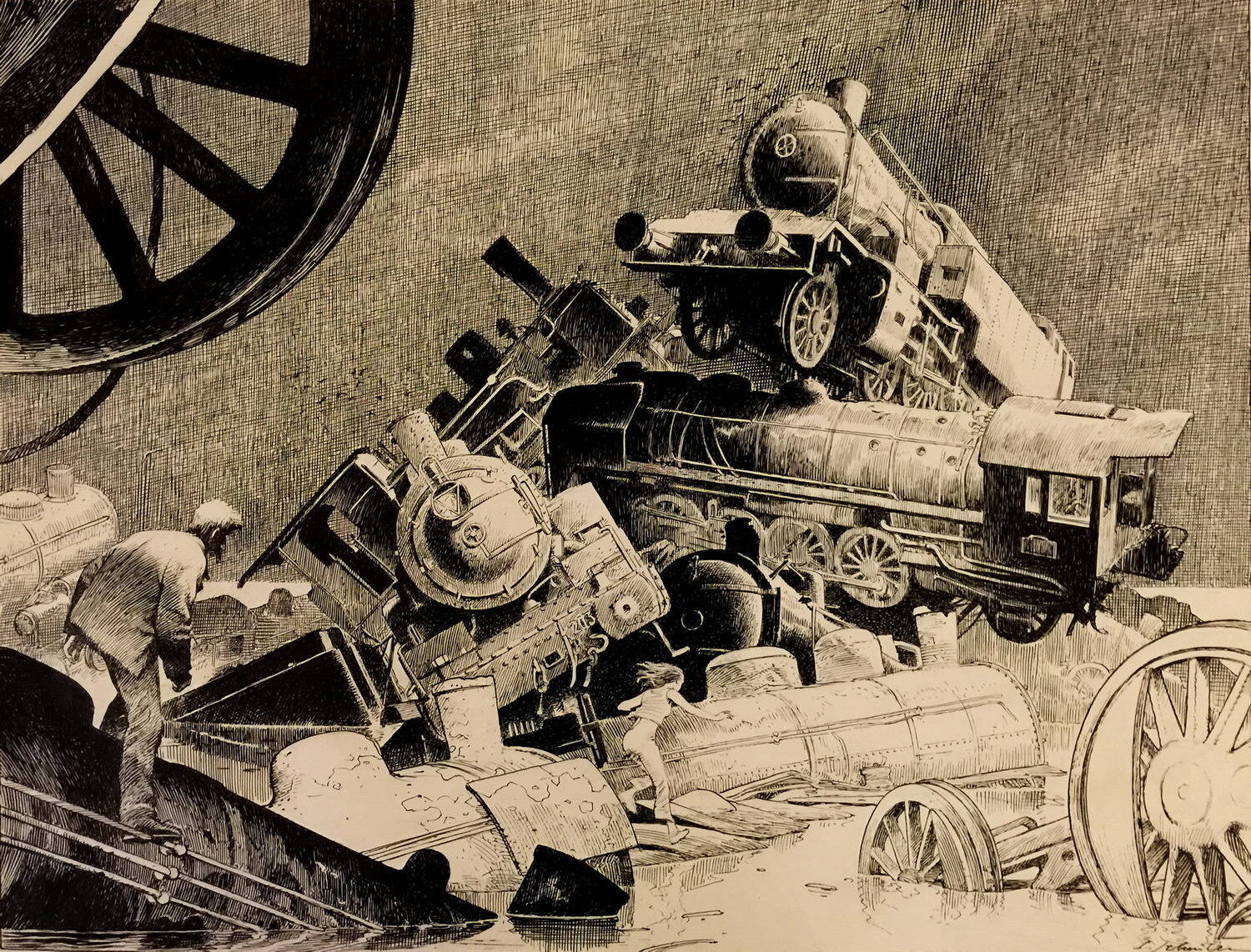 The original image by Francois Schuiten, made with Chinese ink 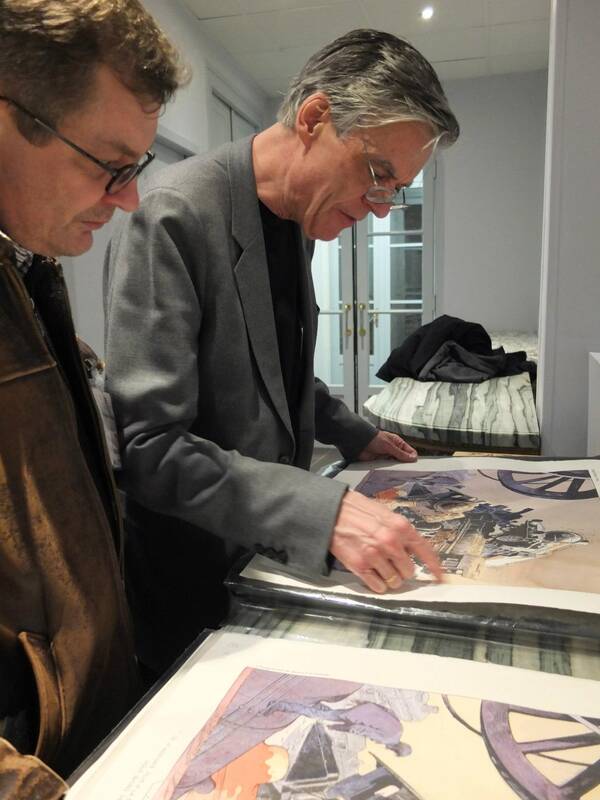 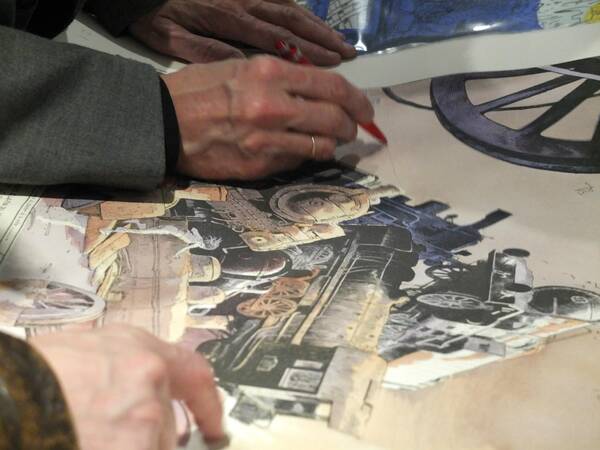 François Schuiten adds his comments for improvement to the image 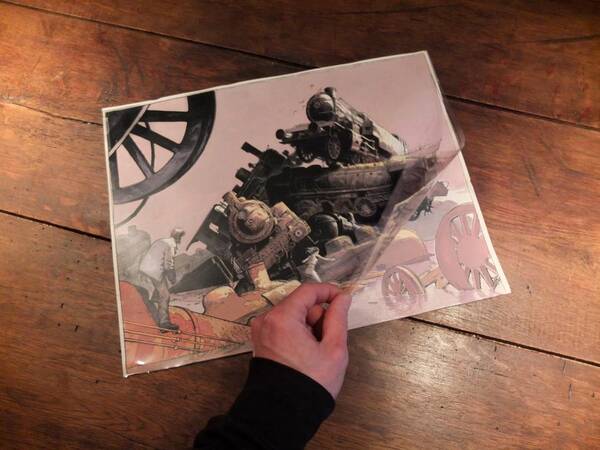 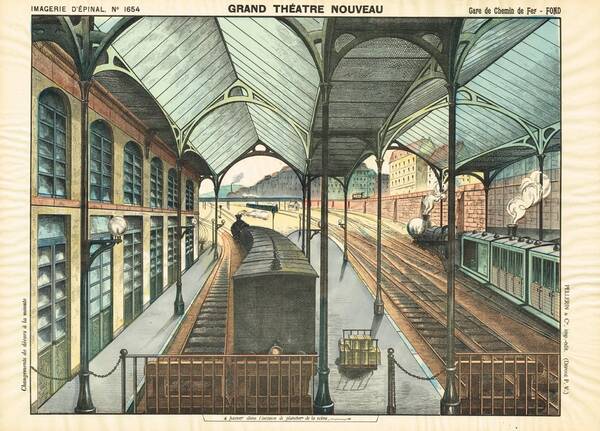 For his image, François Schuiten was inspired by “Railway station” 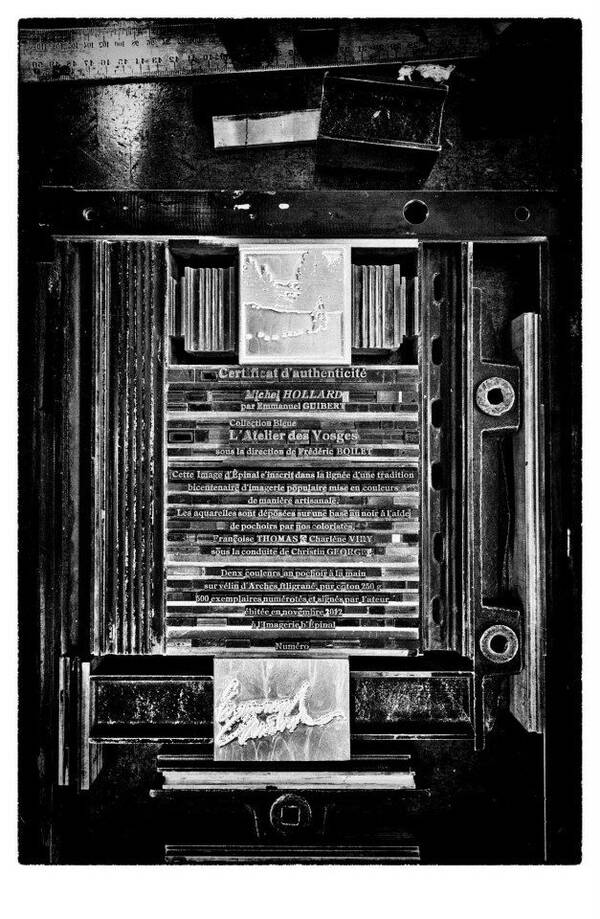 Each image in the collection L'Atelier des Vosges is accompanied by a certificate of authenticity printed on 300 g “Gross Centaur”, format 15 x 30 cm. Typography is composed in the old way by Christin Georgel using single letters of lead 2) 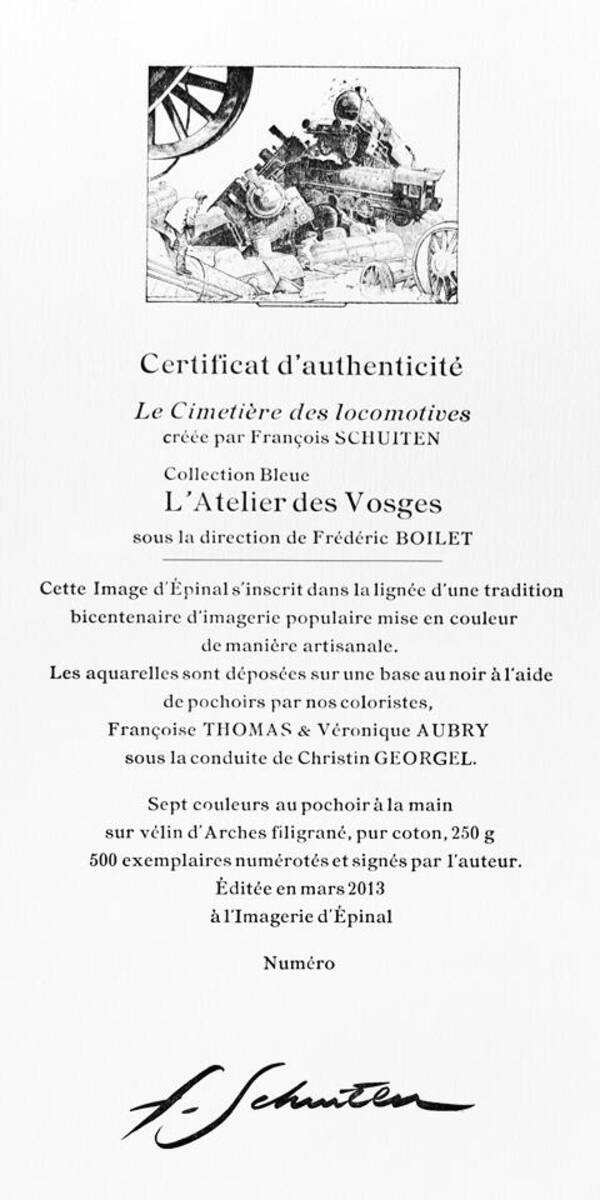 The certificate of authenticity attached to the image: 15 x 30 cm, printed with Heidelberg type font on white Brut de Centaur paper 300 g, characters in lead for the text and magnesium cliché for illustration and the signature of the author 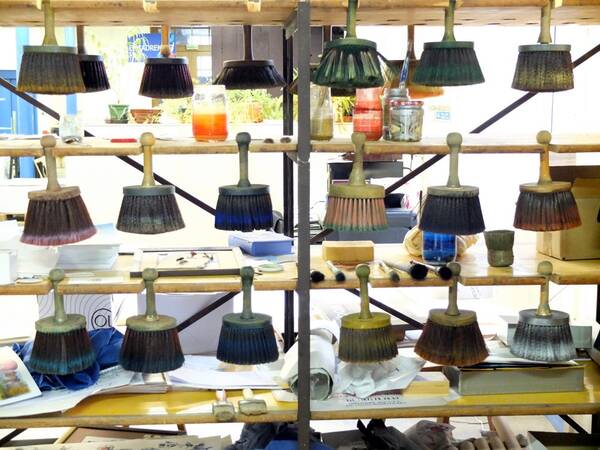 The famous brushes, used for setting up the color stencils 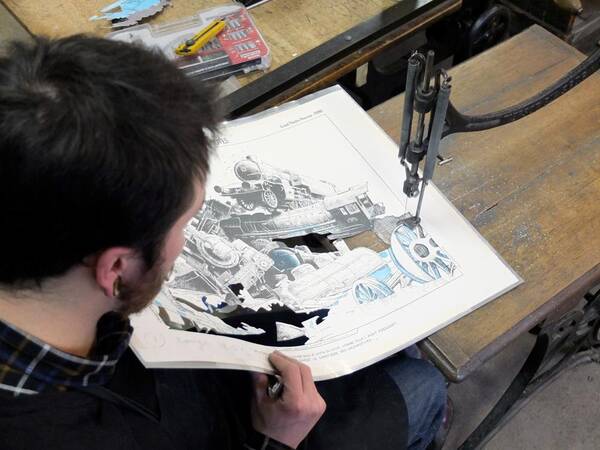 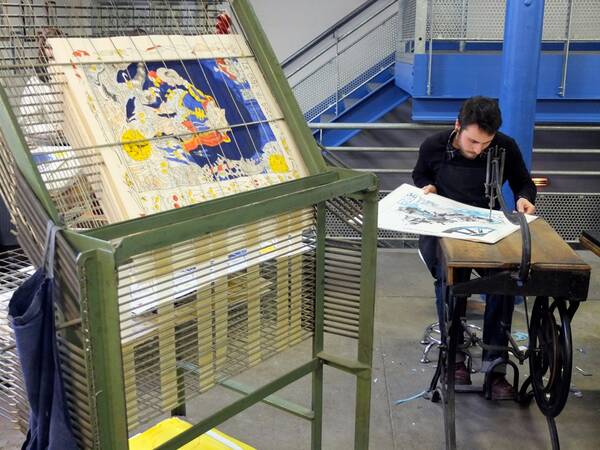 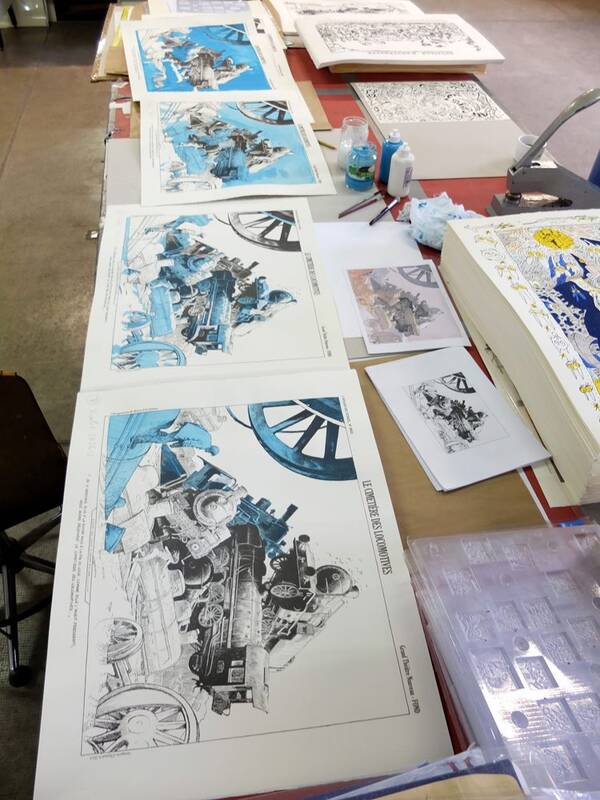 Models of the seven stencils are ready, future cuts are marked in blue ink 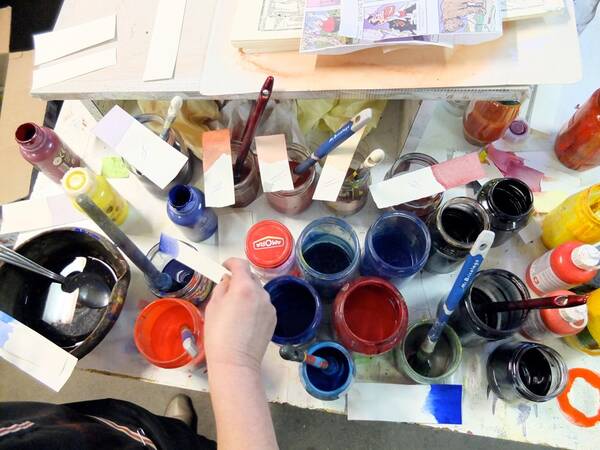 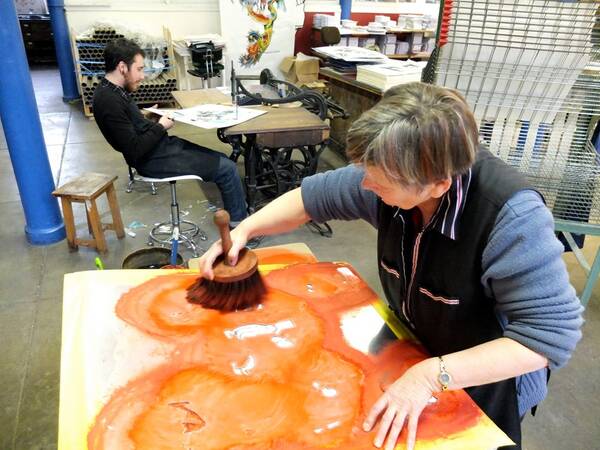 While Christin Georgel is responsible for cutting stencils of “Graveyard of the locomotives,” Françoise Thomas finished the coloring of the last copies of the image by Joann Sfar 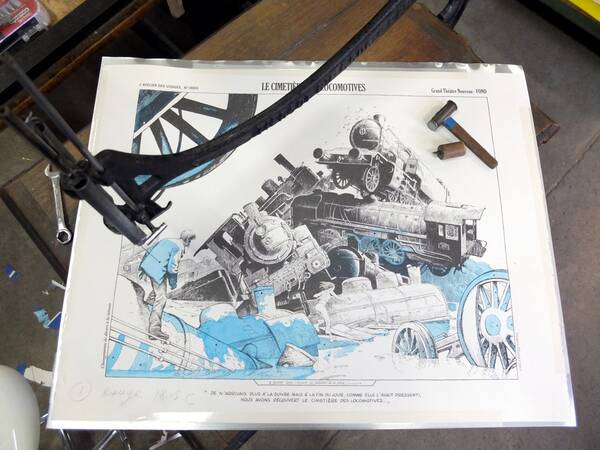 Model and future stencil on aluminum foil, are in placed on the food pedal 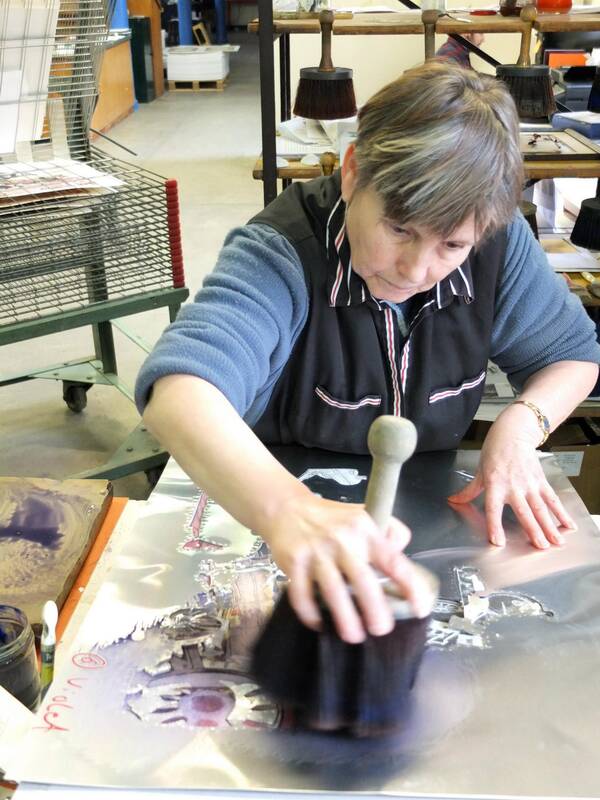 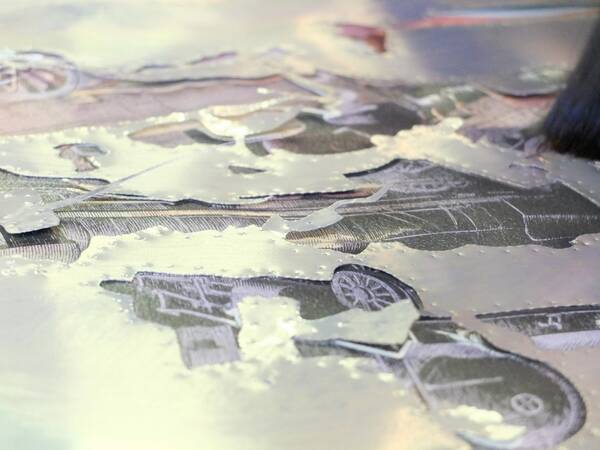 Under the stencil, the idyllic picture of François Schuiten.4) 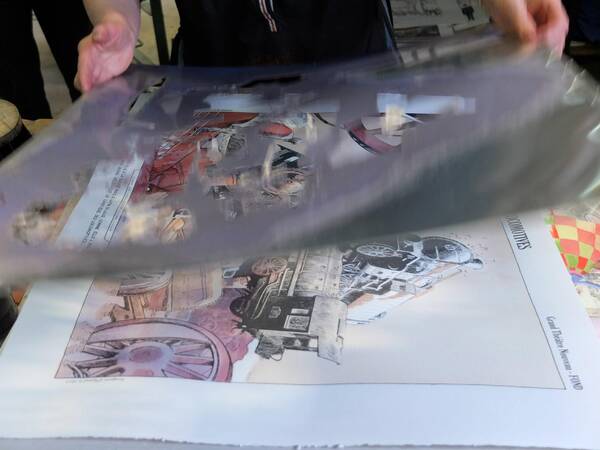 Under the stencil, the idyllic picture of François Schuiten.5) 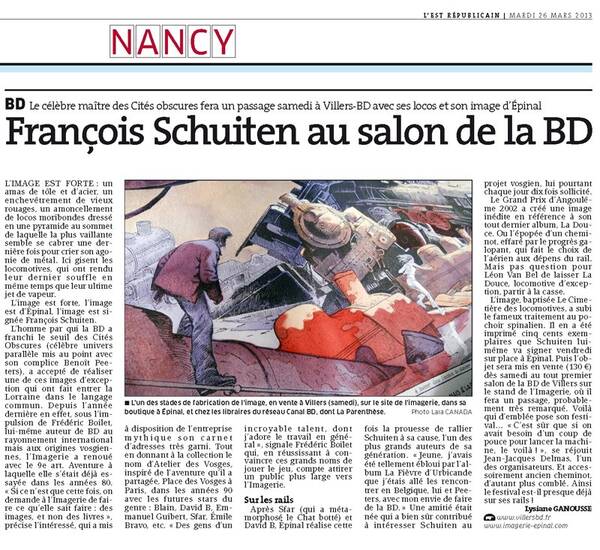 First article on “Cemetery of locomotives” by François Schuiten, in the edition L'Est Républicain of March 26, 2013