Imagine is a film festival in Amsterdam. During the 2013 version of the festival, François Schuiten was invited to give a masterclass. 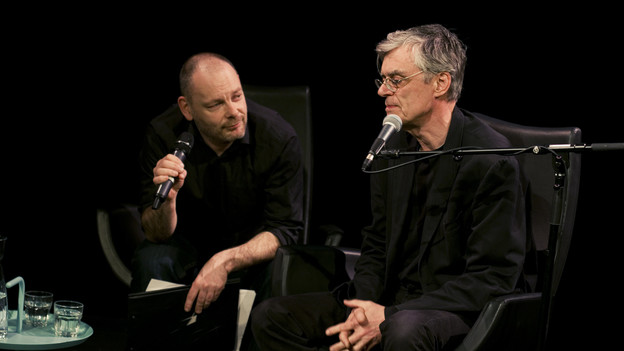 The interview, with translation to French by Barend de Voogd, started with questions on François' role in Mars et Avril. François Schuiten: “The director is a very young filmmaker who came to visit me with a sort of graphic novel, a story for half illustrated with photographs and half with drawings. He worked for several years with a very small budget of the film. The personality of the director has finally tempted me to accept the job, because in fact the film was constantly in financial trouble. The end result is an ambitious, charming film with some shortcomings.” 1) 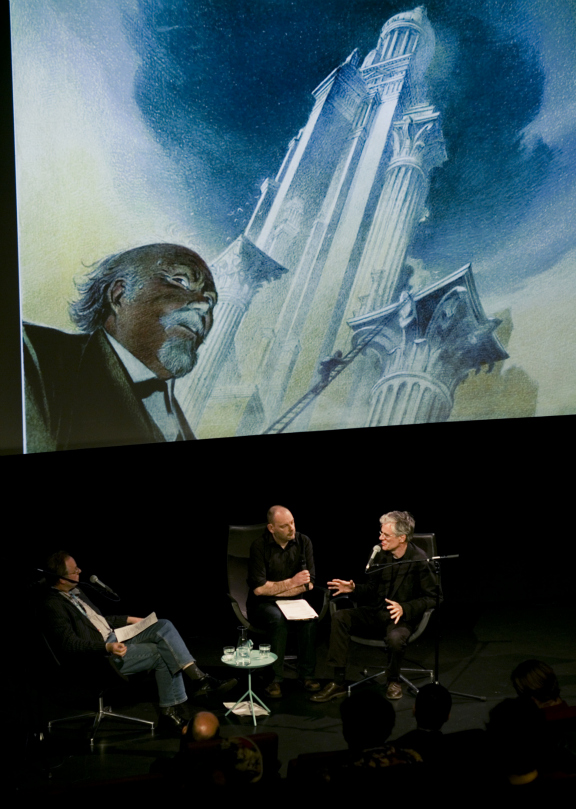 Schuiten is also on the credits of The Golden Compass, but he has had little to do with the final film.

“I was first asked to work out a world and since I'm a big fan of the work of Philip Pullman I was immediately enthusiastic. It started well, the script was good, the first team was talented and artistic director had an effect in mind. When the American studio but everyone of the original team sent the lane, because they saw no blockbuster. That was proof to me that American studios working as an industry and I do not belong. Eventually, another director the job done, but not exactly with a lot of talent.” 2)

François Schuiten on his work as comic artist:

François Schuiten answering the question about an Obscure Cities movie:

François Schuiten on his work as production designer:

Images by Bowie Verschuuren and movies by Michael Minneboo 3)