You are here » The Obscure Cities » Events, Meet & Greets » From Peking to Hankow: a Belgian adventure in China

From Peking to Hankow: a Belgian adventure in China

From Peking to Hankow: a Belgian adventure in China (in French: De Pékin à Hankou: une aventure belge en Chine) is an exhibition in Trainworld from May 7, 2021 until October 10, 2021.

As part of the 50th anniversary of the establishment of diplomatic relations between Belgium and the People's Republic of China, Train World, the train museum in Brussels, will organise a major exhibition from April to October 2021. This exhibition tells the surprising and fascinating story of the construction by the Belgians and the French, at the beginning of the 20th century, of the largest railway line in China that was to link Pekin (Beijing) to Hankou (Wuhan). 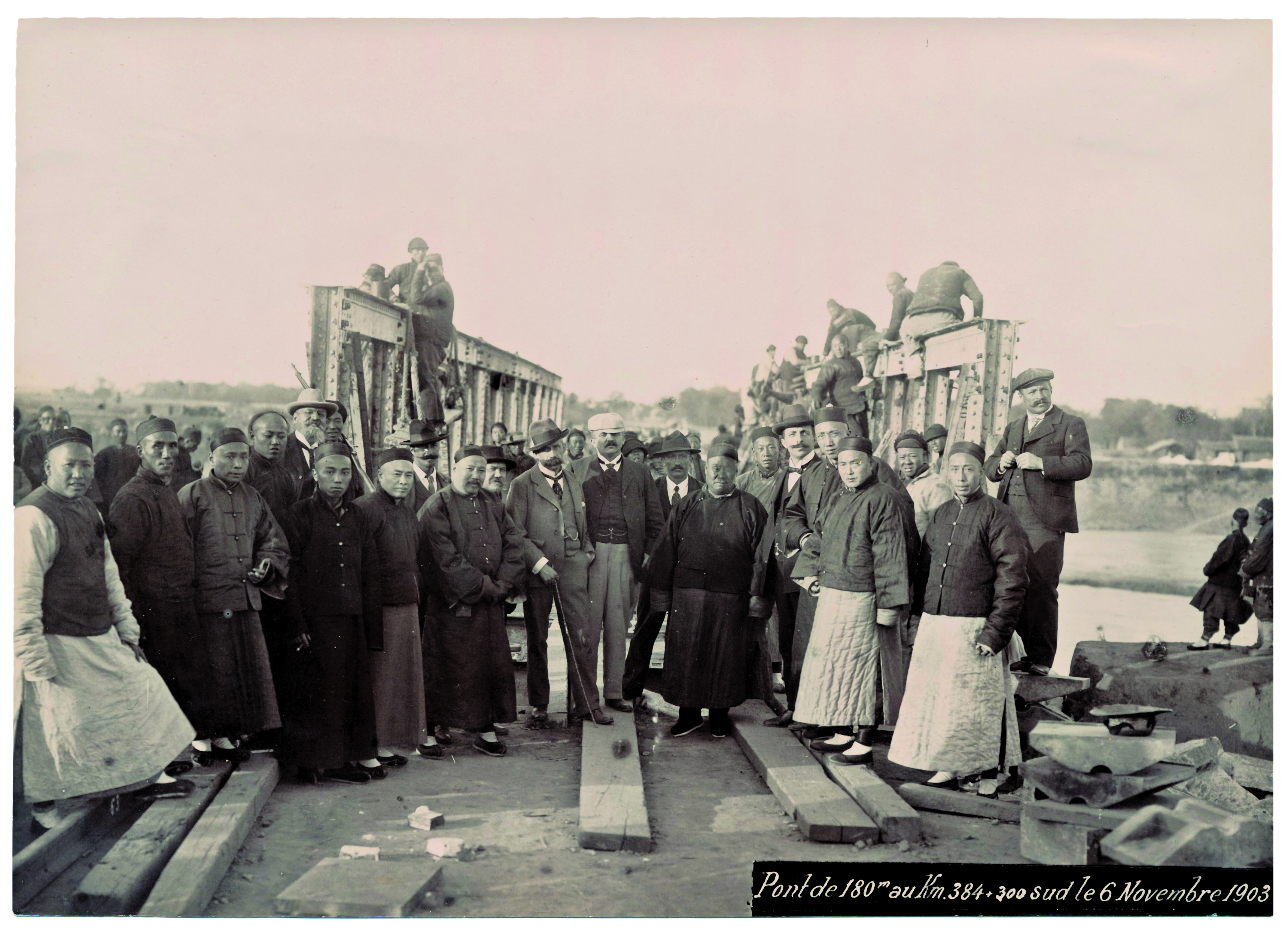 For seven years, several tens of thousands of workers worked on this gigantic undertaking. This huge work was the result of cooperation between engineers, technicians and workers, but also between Western and Chinese diplomats and investors. None other than the Belgian engineer Jean Jadot, then 37 years old, was in charge of the project and had to steer it in the right direction.

François Schuiten, scenographer of the exhibition, wanted to bring out the story of Jean Jadot who was immersed in China, at the time rather mysterious to a Westerner. “We sometimes forget that Belgium was at that time one of the biggest industrial powers in the world and we exported our technical talents all over the world,” says the Brussels author. “There was a historical shift then: we moved from the palanquin, or the camel, to the steam locomotive.” 1)

Apart from this historical adventure, the exhibition also presents the miraculous development of the railways in contemporary China, by means of its high-speed network.

François Schuiten worked with ExpoDuo on the scenography of the exhibition 2).

To give this historical exhibition an extra artistic dimension, two geniuses of the 9th art - François Schuiten and Li Kunwu - are creating original works about the construction of this railway line. Beautiful work on a part of railway history seen and explained by passionate craftsmen and artists.

Schuiten and Li Kunwu should have worked on the images together but due to Covid-19 this was not possible. Instead they sent each other the art work they started so the other one could finish it.

François Schuiten talked about the collaboration with Li Kunwu during the press meeting.

François Schuiten and Li Kunwu made five drawings. Two of them were published by Atlantic12 as a limited print: 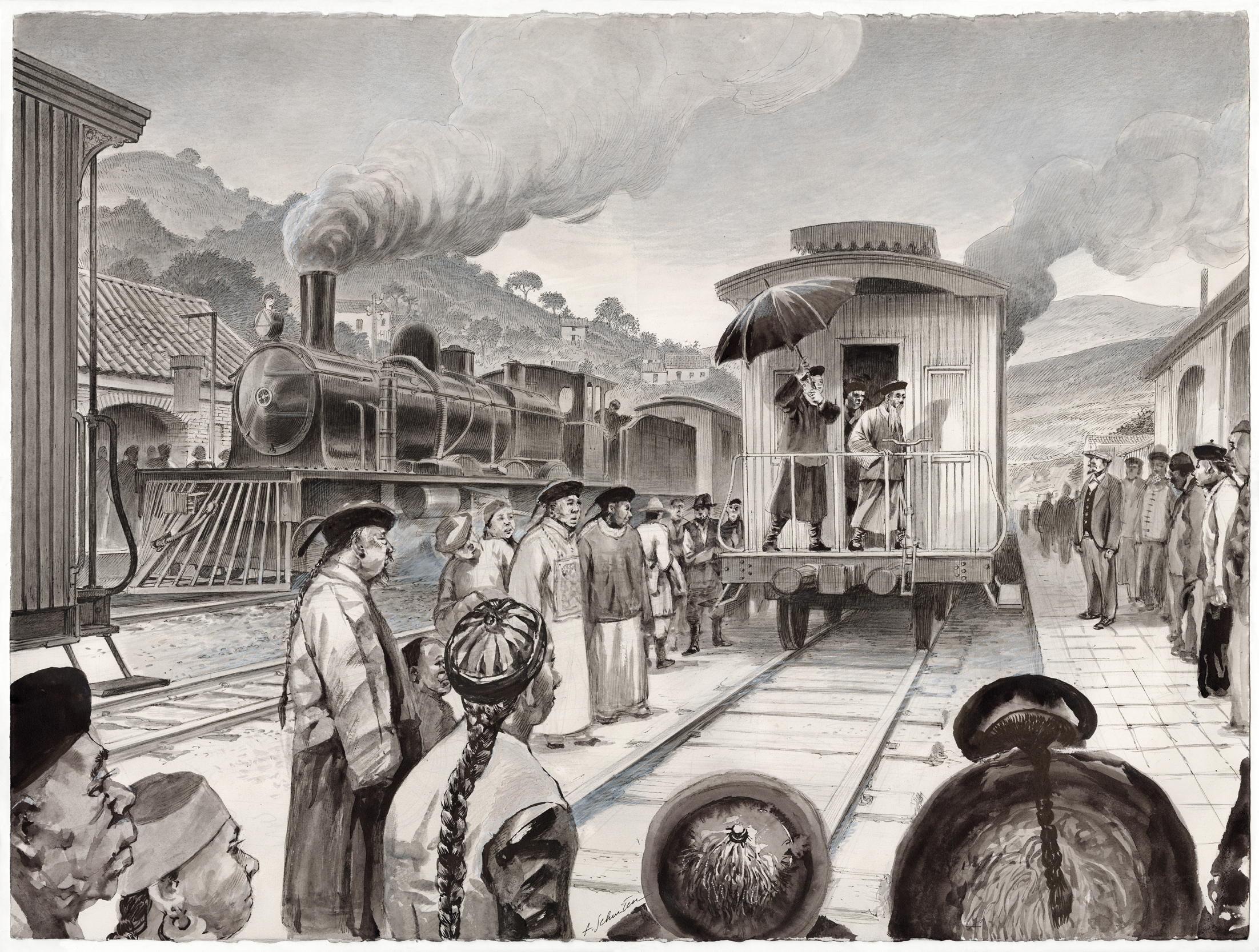 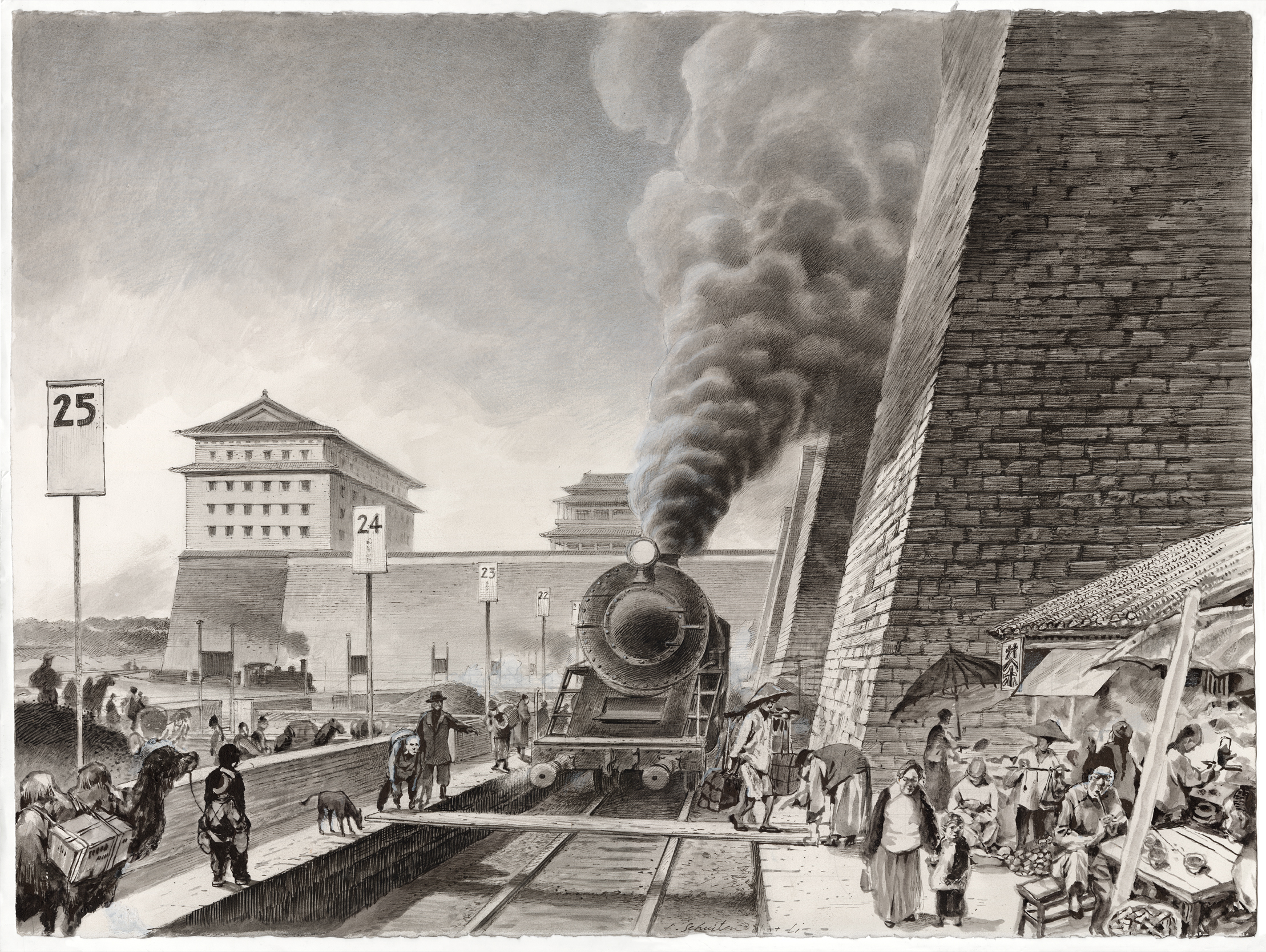 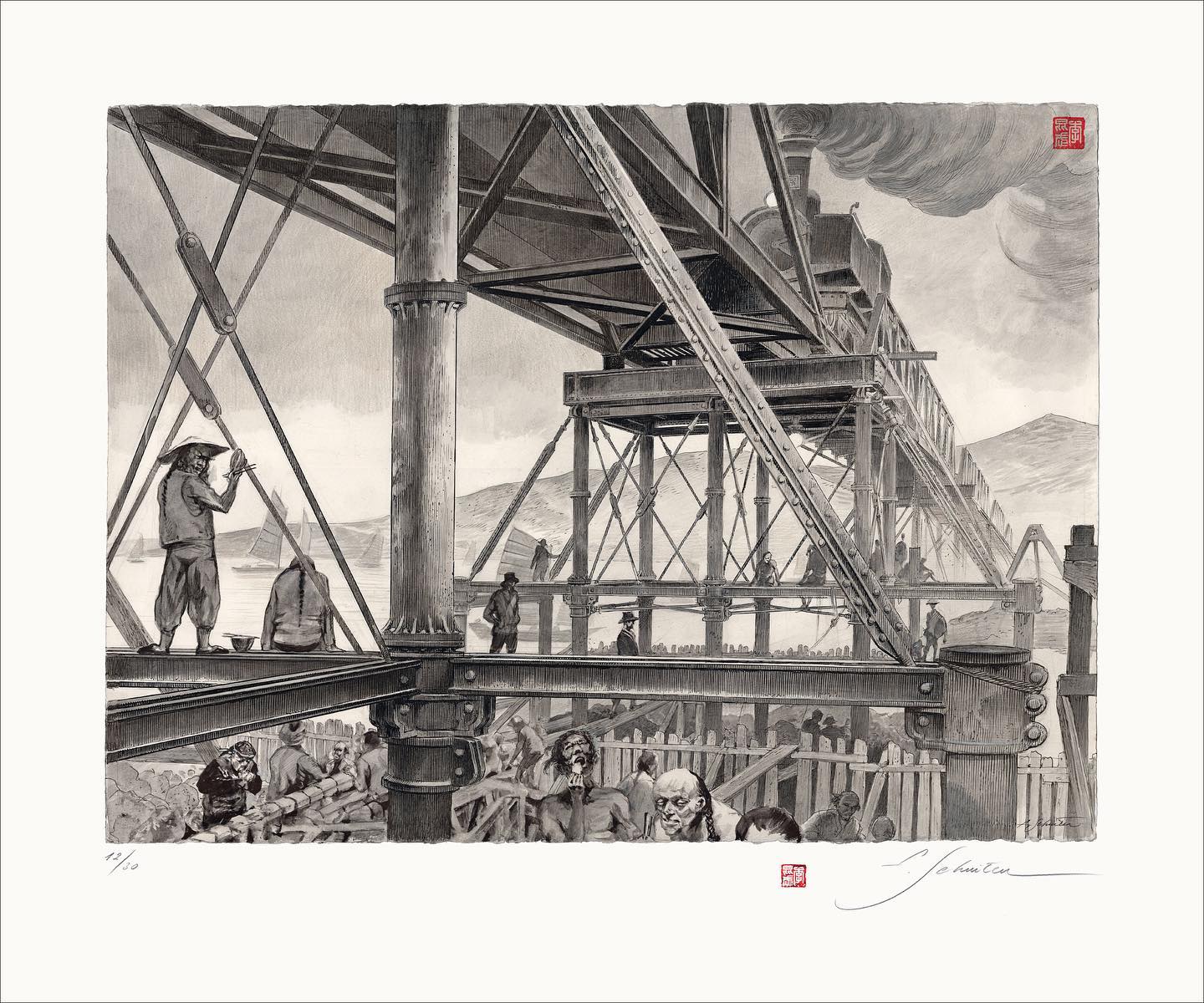 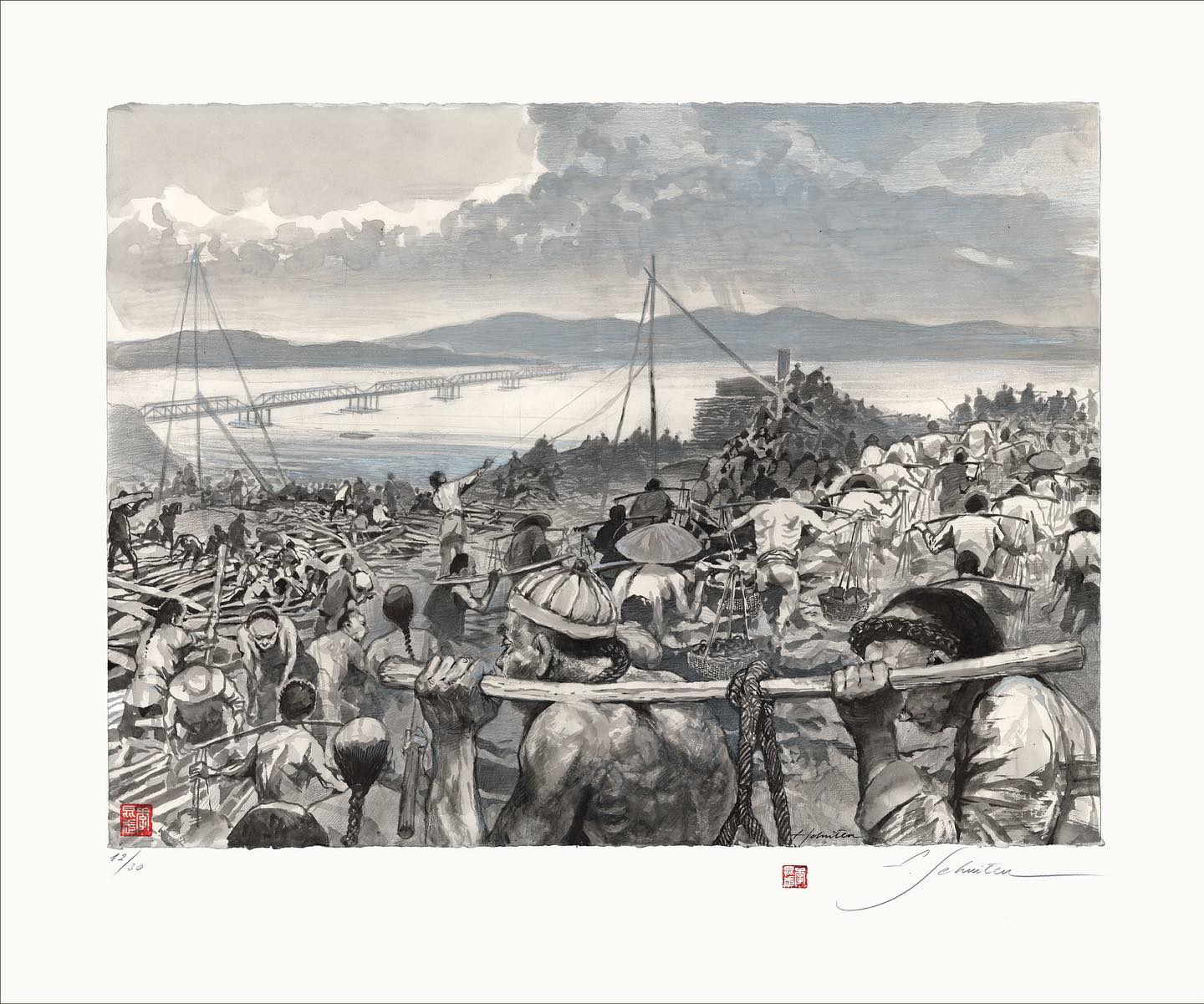 François Schuiten and Benoît Peeters met Li Kunwu in 2016 during the Fête des Bulles in China.

The Pays de Waes hall, at the heart of Train World, is dedicated to works by Li Kunwu and tells of the construction of the Yunnan railway at the beginning of the 20th century.

Kana Editions and Train World will publish in French and Dutch a book that invites you to take a journey through unpublished archival documents and breathtaking iconography. The book also contains the original works of art related to the construction of the Beijing - Hankou created by François Schuiten and Li Kunwu These two artists - one from the East, the other from the West - have often depicted the railway world in China and Europe. For the first time, they combine their talents in the pages of this book to imagine together this fascinating and vanished world of China's railway pioneers. 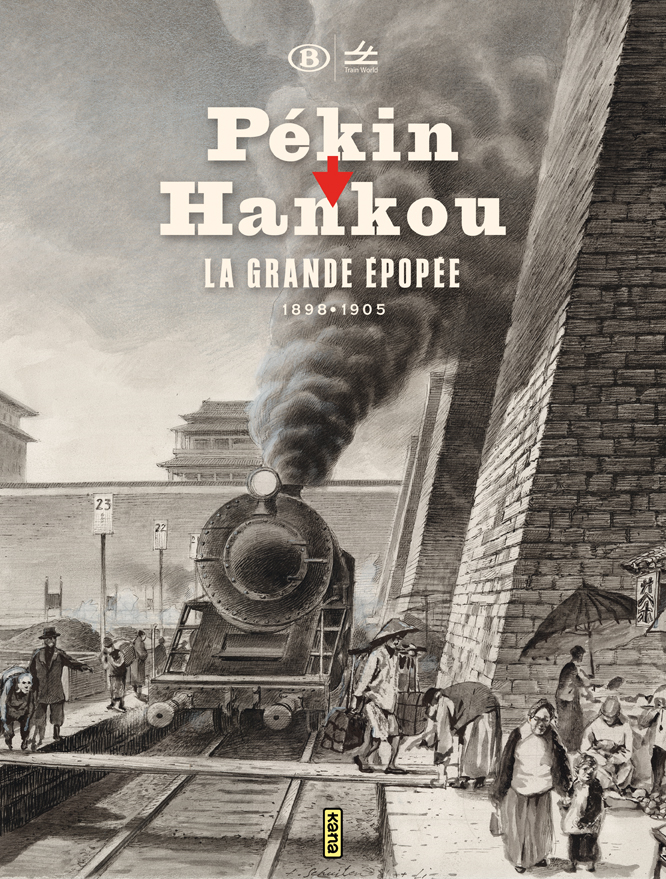 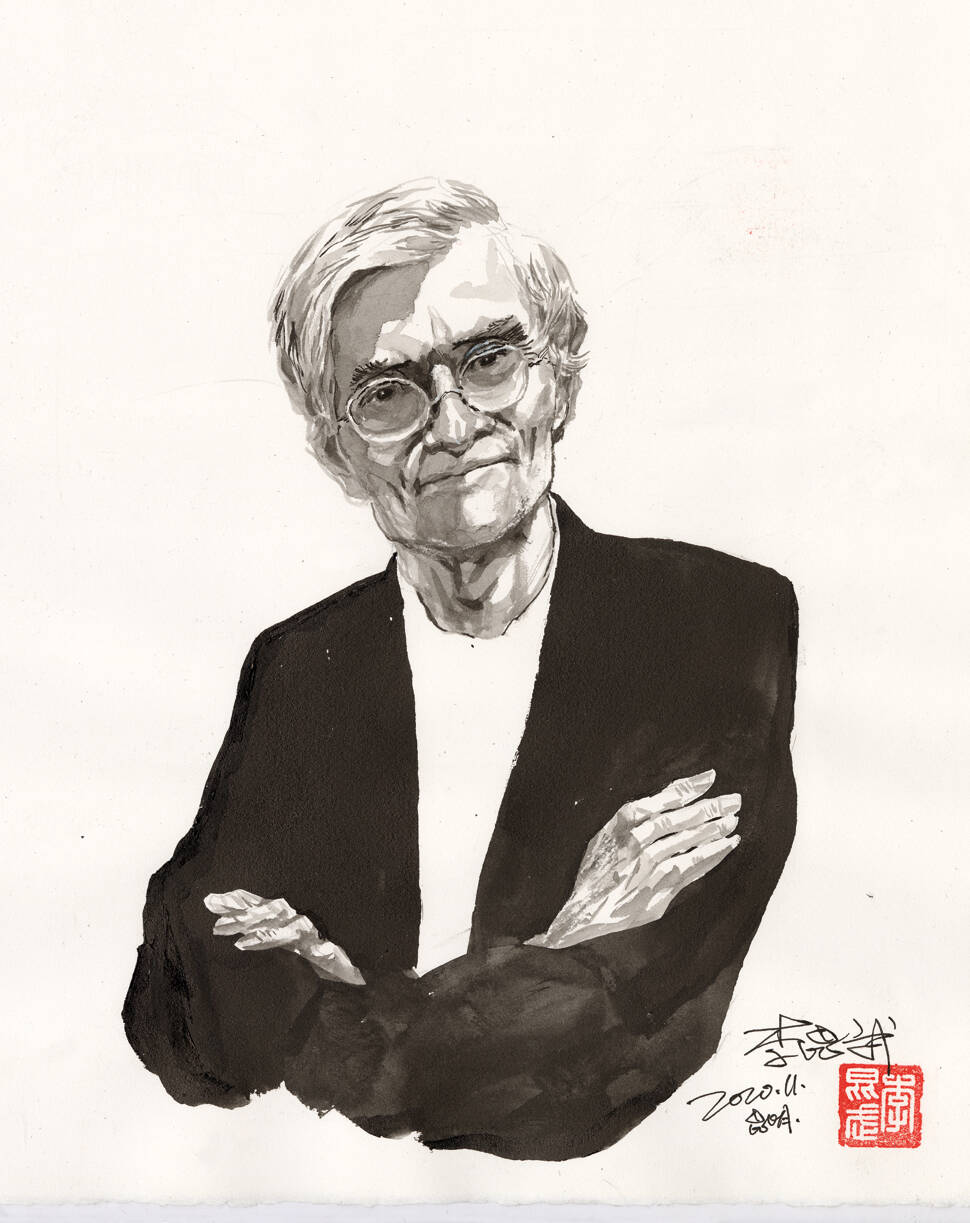