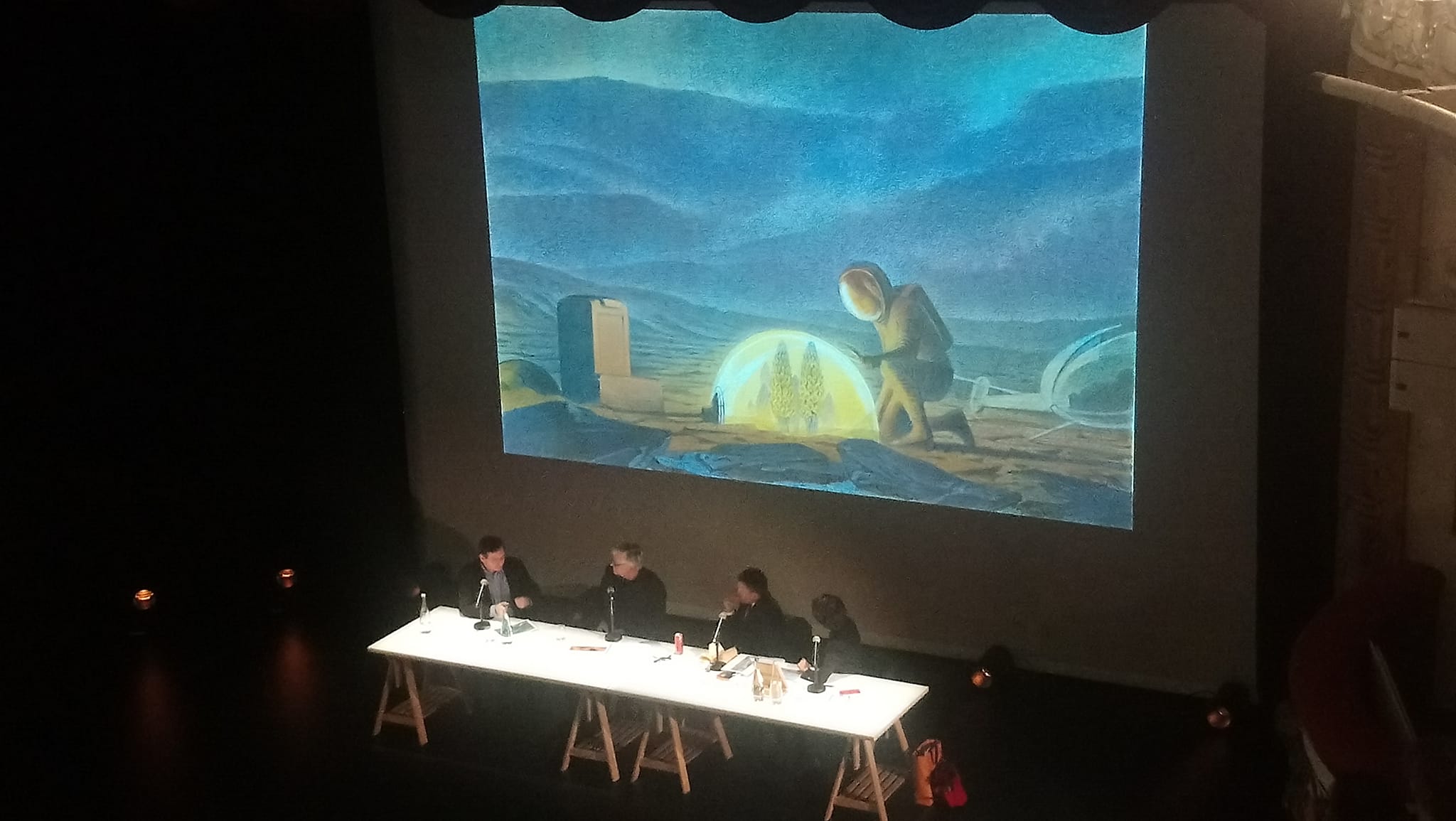 A La Decouverte de Mars was an event with François Schuiten and Sylvain Tesson, organised by Theatre Marigny on November 8, 2021 in Paris.

The philosophical fable by François Schuiten and Sylvain Tesson, set in the near future, tells the story of the exploration of the Red Planet. What will happen to the sandy deserts and canyons, the volcanic cirques and chasms if the conquest of this untouched planet succeeds? The dust devils and ice clouds are preserved for the time being. What does the future hold for Mars?

The illustrations of François Schuiten were projected on a large screen. The meeting followed by a discussion with the public and a signing of the Travel Book Mars (Editions Louis Vuitton).

Pictures made by Jean Marc Tur and @pasamonik.1) 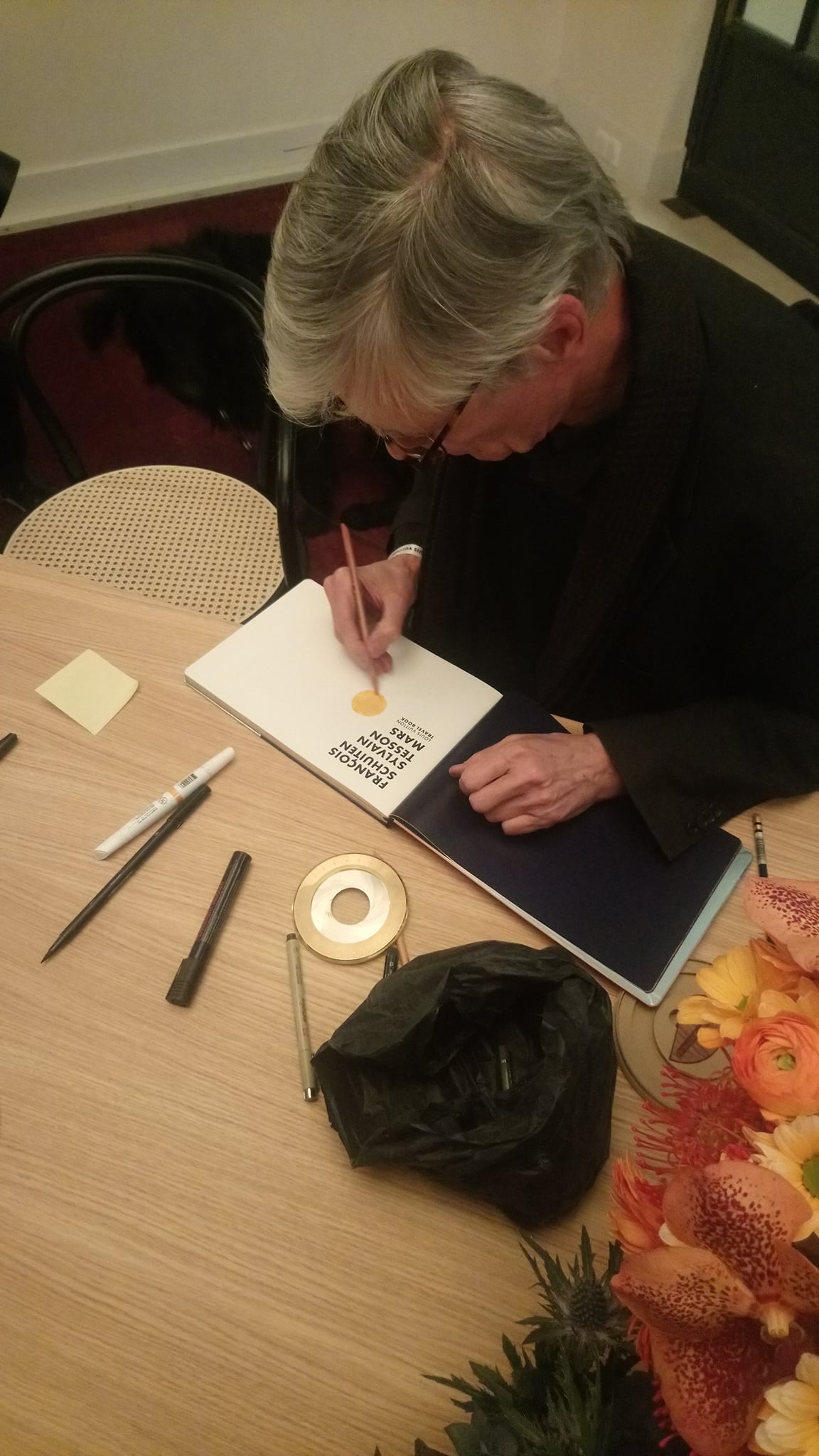