You are here » The Obscure Cities » Dictionary » Schuiten & Obolensky: Trains 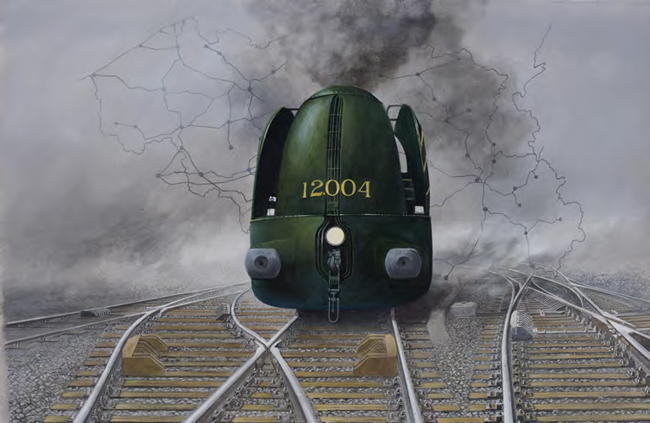 Schuiten & Obolensky: Trains is an exposition that was held in the Huberty & Breyne Gallery in Brussels from September 12 until October 18, 2015 1). A cartoonist, a painter, and a deep passion for everything to do with trains and railways… This exhibition brings together the two worlds of François Schuiten (the cartoonist) and Alexandre Obolensky (the painter).

For more than 22 years Alexandre Obolensky has collaborated on the projects and exhibits of François Schuiten (including Aichi, the trans‐Siberian Railway, Amiens, and the murals at Ixelles and Ottignies‐Louvain‐la‐Neuve).

François Schuiten has an abiding love for this theme and presents for us here a moving story where friendship and talent encounter each other.

This entire exhibition is based on a conversation between two companions, by way of a teaser‐exhibit inlay which brings them together with the world of railways, with TrainWorld, the TrainHostel, and many other ongoing projects.

The Huberty‐Breyne Gallery exhibited original works by François Schuiten, including silk‐screens, designs, and preliminary drawings, side‐by‐side with the monumental paintings of Alexandre Obolensky, but also – and especially – artworks which have been created by four hands. To celebrate this unique occasion, a special exhibition catalogue was published;

Schuiten and Obolensky have made three pieces together:

Huberty & Breyne has several artwork from François Schuiten for selling. First the images published by Atlantic 12:

Also Alexandre Obolensky's artwork is for sale between 1.800 and 4.000 euros. 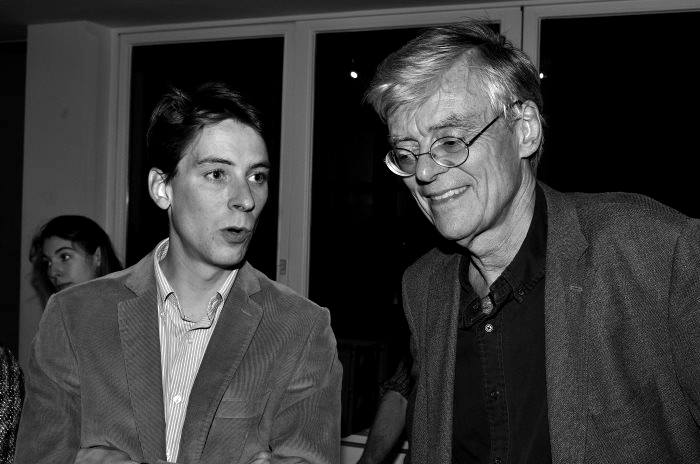 On September 11, 2015 François Schuiten and Alexandre Obolensky gave an interview with RTBF radio. 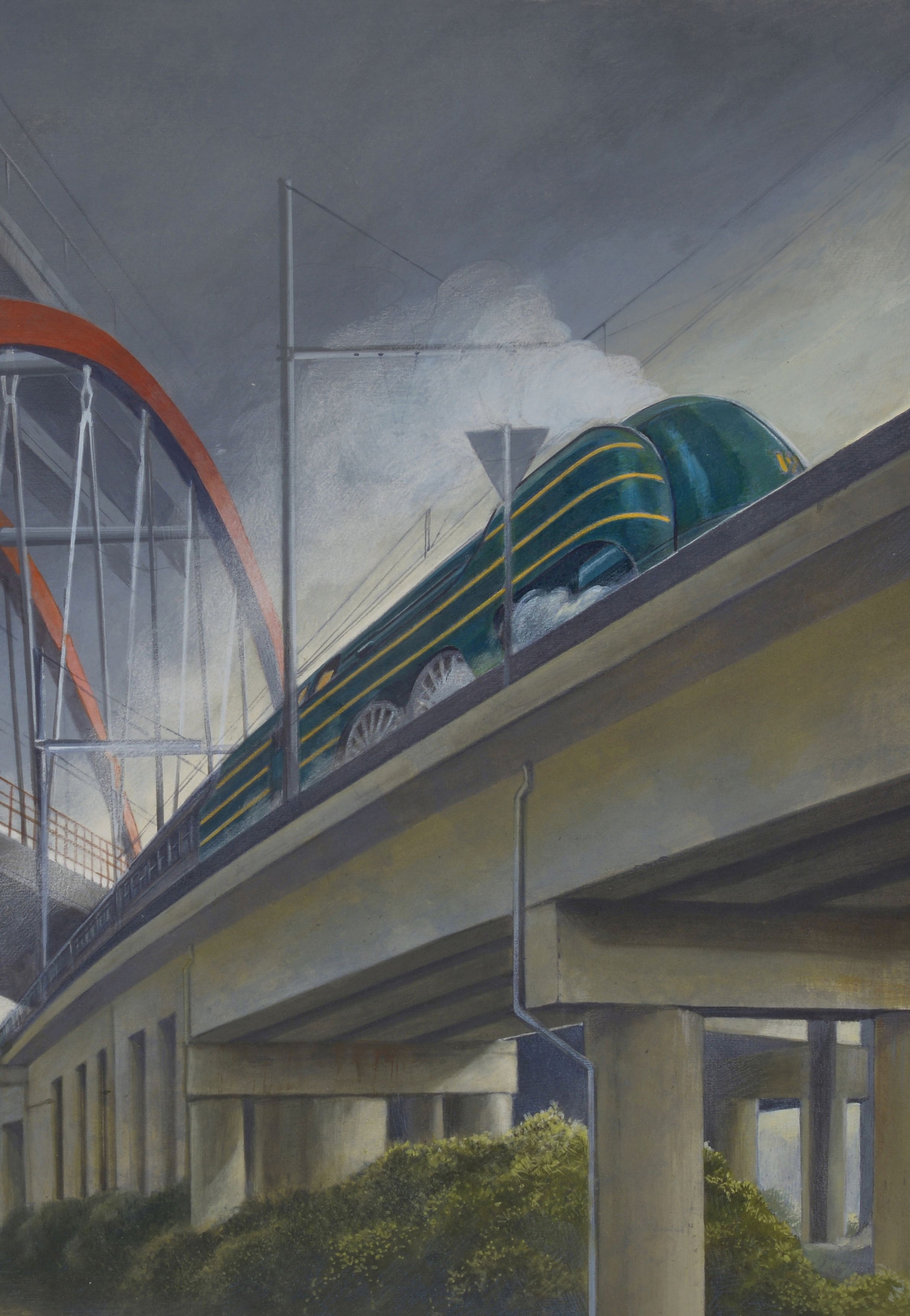