You are here » The Obscure Cities » Dictionary » Lost in translation

Lost in Translation is a 2003 American romantic comedy-drama film written and directed by Sofia Coppola. Bill Murray stars as Bob Harris, a fading American movie star who is having a midlife crisis when he travels to Tokyo to promote Suntory whiskey. There, he befriends another estranged American named Charlotte, a young college graduate played by Scarlett Johansson. Giovanni Ribisi and Anna Faris also feature. The film explores themes of alienation and disconnection against a backdrop of cultural displacement in Japan. Further analysis by critics and scholars has focused on the film's defiance of mainstream narrative conventions and its atypical depiction of romance 1).

During the movie Bill Murray can be found in front of an image of La Route d'Armilia. 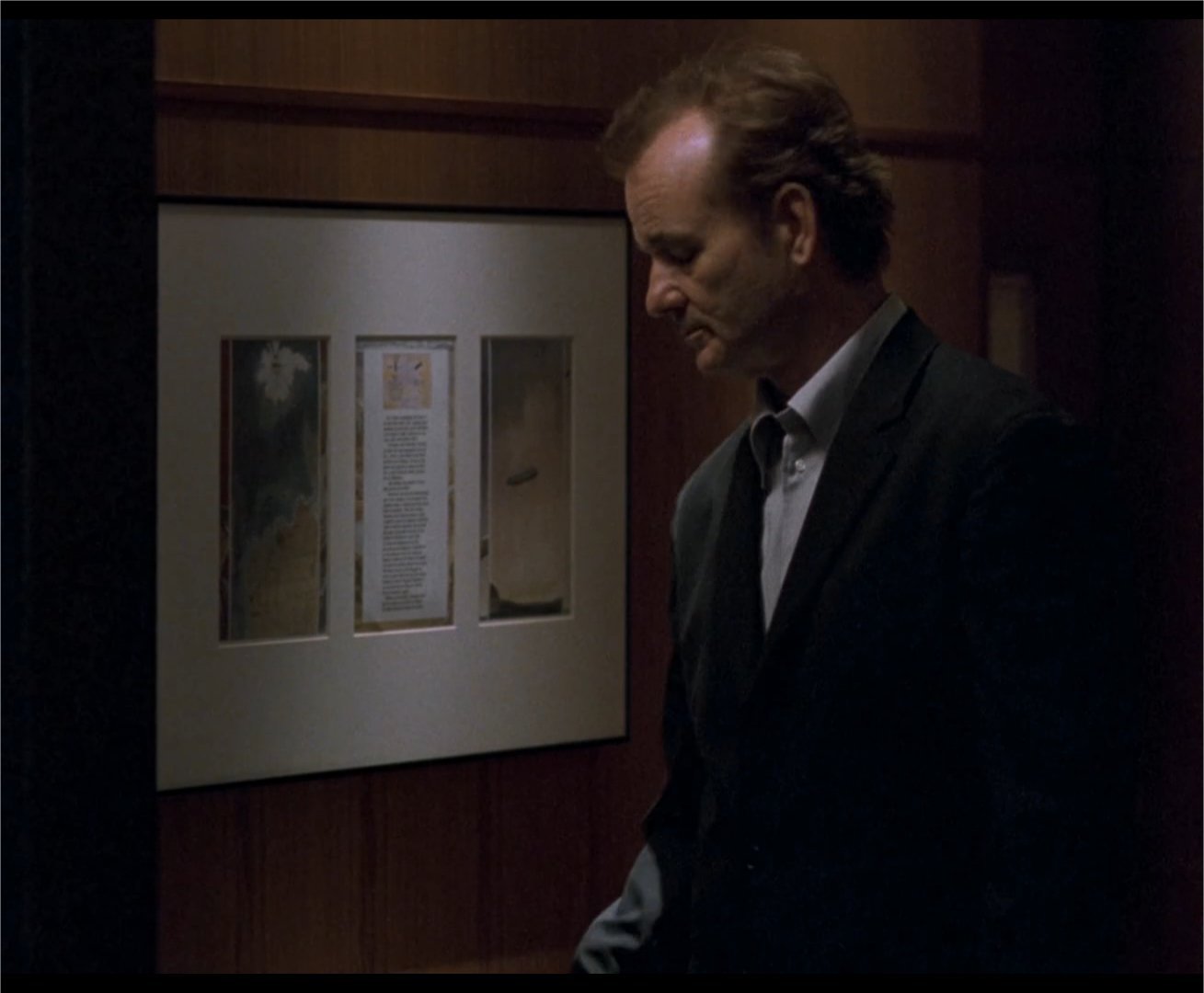