You are here » The Obscure Cities » Dictionary » Elastoball 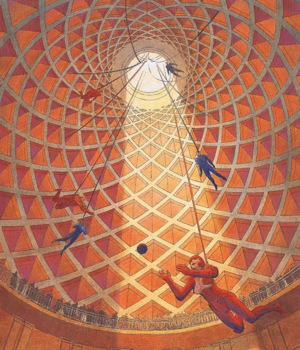 Elastoball is a game played worldwide, until recently only open to men. Not many game arenas exists due to the high costs. Arenas exist in Osaka, San Diego, Capetown and Havana. The arena in Bilbao was declassified in 2020 1).

The goal of the sport is get a small ball in the eye. In game is played 3D during three parts. The game can be dangerous to watch in the arena. It is better to watch it at home as the arena is full of cameras to get the best shots. The last world cup championship was played in Havana between the Blues and the Reds. The reds won with 2-1 2). 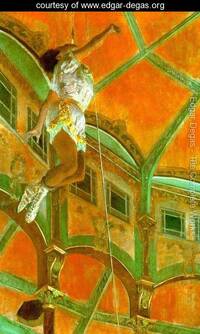 The painting 'Miss La La at the Cirque Fernando“ of Edgar Degas has some resemblance with the Elastoball game area.