La Cité internationale de la bande dessinée et de l’image (National Center of Cartooning and Imagery) was born from a cross-collaboration between the Charente County council, the French ministry of Culture and Communication, the city of Angoulême and the Poitou-Charentes region.

La Cité is housed in three buildings along the Charente river or overlooking it, it is located at the heart of the image centre developed in the département which contributes to the national and worldwide popularity of Angoulême as the world’s city of comics 1).

A complete history of French and American comics, a unique collection in Europe, is displayed within a remarkable 1,300 m2 scenography. The ninth art patrimony can be discovered through more than 400 pieces of original artwork, old editions, advertisement objects, toys, movie excerpts.

The strips, boards and drawings are selected among 8,000 originals and are renewed every three months, thus ensuring proper conservation - the works are displayed for four months and then kept in stock for four years, which means a new museum three times per year! 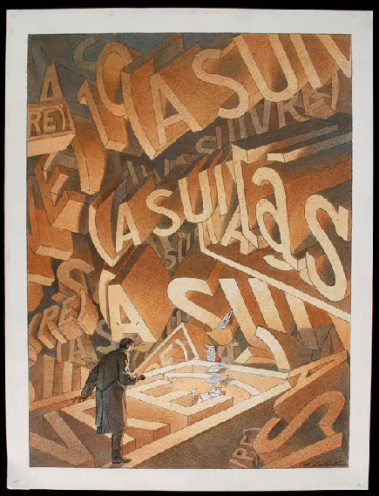 The circuit includes reading areas distributed in three sections: the history of comics, the lounge where are displayed the major works according to an aesthetic and stylistic approach, and the workshop which focuses on comics creation techniques. All way through audiovisual sequences related to the showcases are available: excerpts from authors’ animation movies or derived from comic book characters, authors’ interviews, documentaries on authors at work or focusing on great moments of the history of comics 2).

The Musée des Ombres (Le) has been there, and has been in part scenographed by François Schuiten.

Together with Bibliothèque nationale de France also the CNBDI received a part of the donation by François Schuiten 3).

The CNBDI received a set of 24 drawings, sketches and original scenic drawings relating to various events in Angouleme with which this major author has maintained direct relations.

Intended to enter the collections :

This gift also includes a series of drawings for publications : 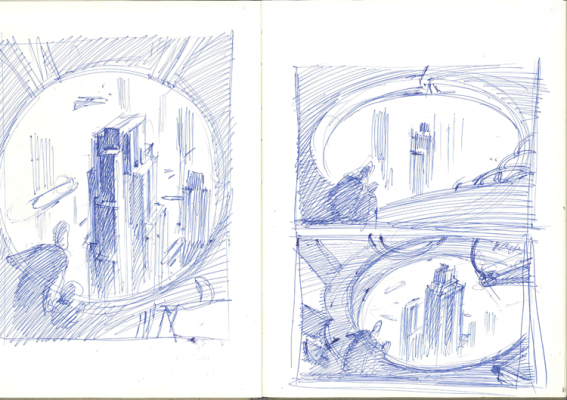 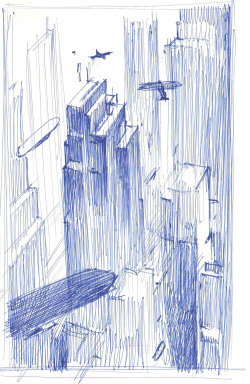 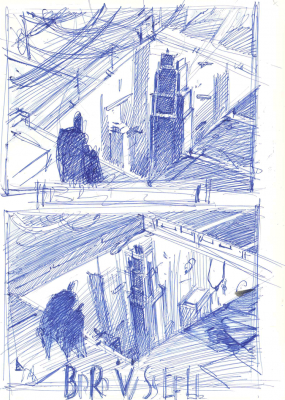 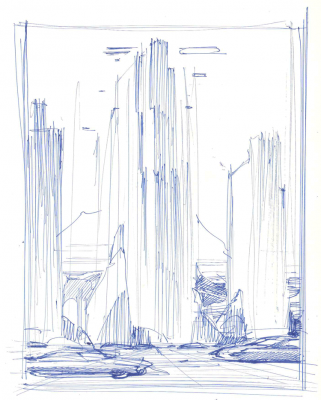