You are here » The Obscure Cities » Dictionary » Augustins (Church of the)

Augustins (Church of the)

Church of the Augustins is a baroque style worship house located in Brussels, designed by architect Franquart in 1620 AD and that stood on Place de Brouckère until 1895 AD, at which time it was demolished 1). Only the front was saved; transported stone by stone, it was rebuilt in front of the Church of Sainte-Trinité 2).

Tramway 81 line winds its way in front of the building. 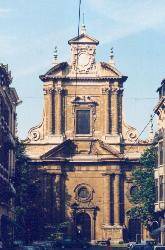 Brussels: Church of the Holy Trinity 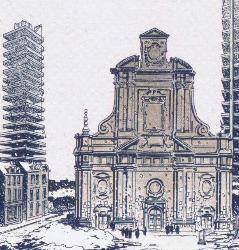 Brüsel: the temple of Augustins 3)