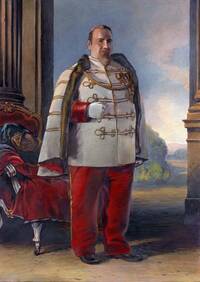 The guests at the Auberge du Cheval blanc are colourful characters and the Tyrol seems conducive to love, disputes and reconciliations. At the centre of this merry-go-round of life, Josépha, the forceful owner of the premises, intends to play her cards right 2).

Months of auditions. A brand new adaptation. A company bursting with energy. Characters from light opera and also performers from the theatre! With this creation, the artistic team wants to join the surprising light opera revival movement that is sweeping across Europe.

It was Dominique Serron who drew up the implementation plan for this great upheaval. The script was tackled as a classic, a great classic of popular entertainment. How was this work put together? Why was it such a triumph at its first performance? How does this comedy work? What is light opera? As always with Serron, the actor will occupy the centre of this colourful, comic and tender panorama.

Josépha, the owner of the Cheval Blanc, is avoiding the advances of her head waiter, because, above all, she has her eye on Flores, the Parisian lawyer who makes her dream. Dream of another life. A life with less work… more comfort, more desire and fewer constraints. The heros are characters who seem to be taken directly from our world. They have problems dealing with daily life, just as we do. Love distorts them and makes them slightly grotesque but, when they sing, they are beautiful.

A set that inspires the bodies towards movement. A window opening onto unusual, jubiliant images. The world as Léopold sees it: elusive!

Some images of the show. 5)

The choir
Antoni Sykopoulos - Directorate of the choir

"We must find the space that bears the characters"

Le Soir had an interview with François Schuiten, who had already ventured to the opera with a Cenerentola at the Mint 9).

Q: You rub shoulders with an often overlooked genre, operetta. Why?

A: This is what attracted me. I like the discredited forms because they leave areas of freedom. The BD was in the same situation.

Q: How do you compare this work with that product to the opera? 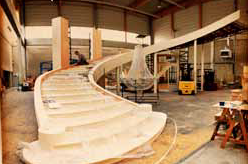 A: In opera, you feel very small. Here we have the power of imagination, we dare. There are moments when one feels tipping over, fractures, types of plate movements. So things are invented. We are forced to excel to invest a new context. And this adventure is thrilling.

Q: What struck you in the world of operetta?

A: A taste of joy, a simple ambition: pleasure. We have fun all the time working. You have to see the frenzy that arises on the board when Dominique Serron unleashes his singer-actors. It's irresistible.

A: It is true that we must clean out the shots and sometimes it's heavy. But Dominique and Vincent Serron Zabus reworked the text to give us something quite pure. It can then let the light arise. My role was to find space that carries the characters: a case pure and simple that allows flight. This suggests that a huge staircase that goes up in turn. There will be no scenery against by papier-mâché, but a large tulle create transparency. It is closer to a hotel than a hostel.

Q: This simplicity is compatible with the richness of the characters?

A: It allows them to spread this variety. This excitement must come from stagecraft and costumes. I did not want to recover. A designer must avoid redundancy to allow the director to appropriate space. Dominique responds to this scenery with relish: it pokes fun