You are here » The Obscure Cities » Dictionary » Anspach, Jules Victor 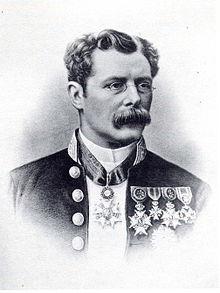 Jules Victor Anspach (1829-1879 AD) was the Burgermeister of Brussels as of 1863. He was the main drive behind the covering up of the Senne river to create the major boulevard (Lemonnierlaan, Anspachlaan, Adolphe Maxlaan). He died a few weeks before Joseph Poelaert 1).

Anspach was born in Brussels into a family of Calvinist Genevan origin. His father François (died 1858) served in the Belgian Chamber of Representatives. Jules Anspach studied law at the Free University of Brussels (now split into the Université Libre de Bruxelles and the Vrije Universiteit Brussel) becoming a Doctor of Laws. As with many Liberals, Anspach was a Freemason.

Anspach rose rapidly, replacing Fontainas as Mayor of Brussels in 1863, aged only 34, holding the office until his death. He effected massive changes to the urban landscape of Brussels, centred on his oeuvre, the covering of the Senne. His renovations in Brussels paralleled those by Baron Haussmann in Paris. The modern city remains largely Anspach's creation in its basic form.

Boulevard Anspach, the main artery in downtown Brussels, bears his name. It was the central boulevard created by his massive renovations of the city, so it is particularly fitting it be named after him. Like his father, Anspach was elected to the Chamber of Representatives 2).