You are here » The Obscure Cities » Dictionary » Adam, Nicolas 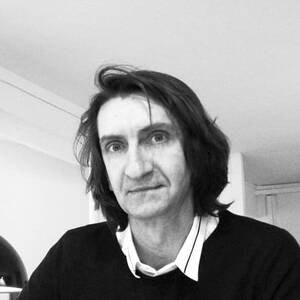 Nicolas Adam holds a degree in Interior Design from the Ecole Nationale des Arts Décoratifs. After graduating, he worked with Jean-Loup Roubert, a senior architect specialising in historic renovations, and took part in many projects to renovate or restructure prestigious buildings such as the Parliament of Brittany in Rennes, the Théâtre de l'Archevêché in Aix-en-Provence, the Grand Palais and the Hôtel Meurice in Paris and the Villa Médicis in Rome. In 2001, he became an independent architect and subsequently founded Nicolas Adam Studio, a multidisciplinary company that focuses on interior architecture, scenography and design 1) .

Nicolas Adam Studio works on cultural and commercial projects. The firm's scenography credits include the Château de Versailles, the Musée d'Orsay and the Grand Palais. For many years, it has also been a regular partner of Viparis and has carried out work at most of the group's venues, including the Palais des Congrès in Paris, the Espace Grande Arche, the Parc des Expositions de Villepinte and the Palais des Arts et des Congrès at Issy-les-Moulineaux 2) .

In 2020 he worked with François Schuiten on the CNIT Forest project.