You are here » The Obscure Cities » Dictionary » CNIT Forest 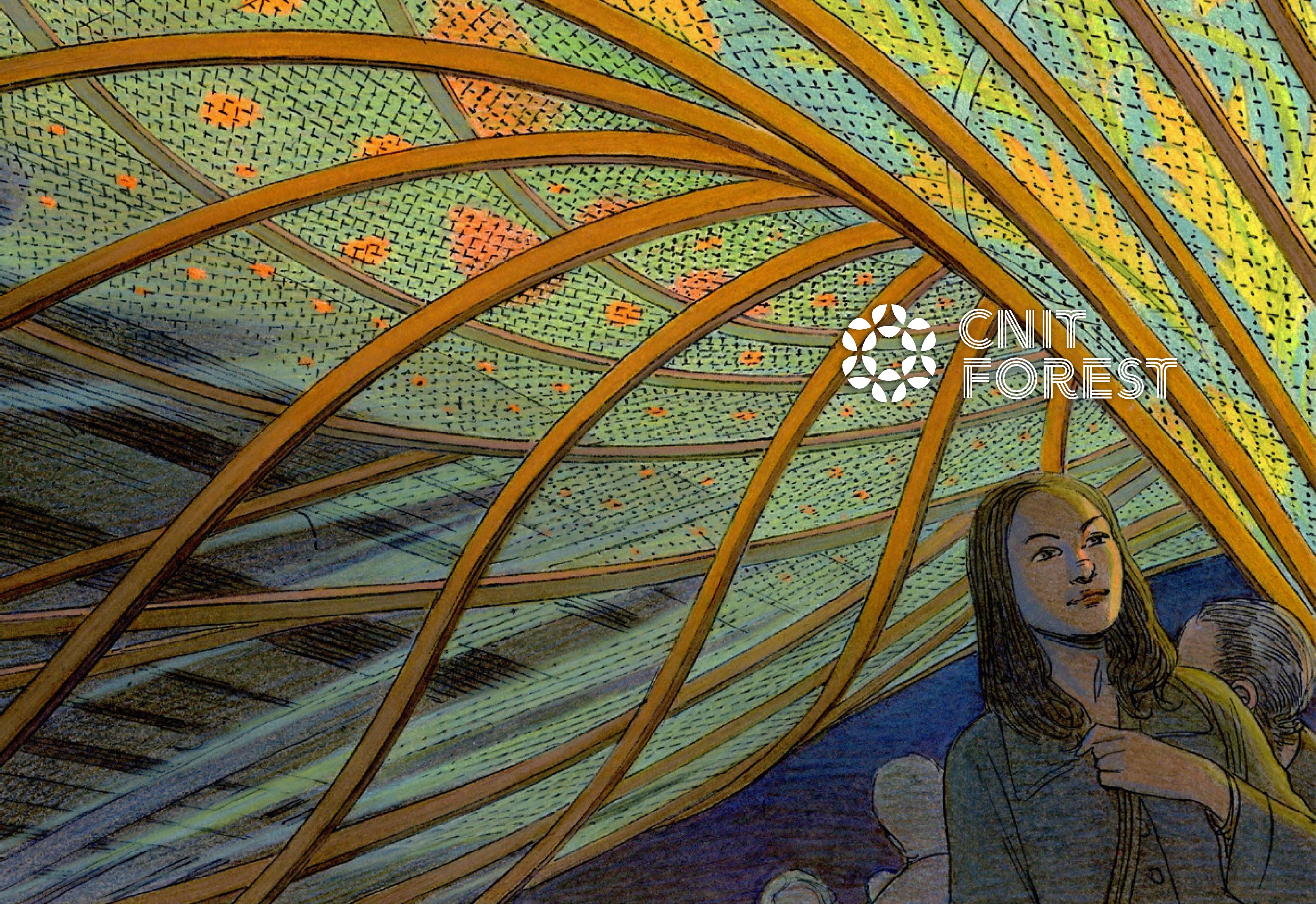 The Centre of New Industries and Technologies (French: Centre des nouvelles industries et technologies), better known as the CNIT is one of the first buildings built in La Défense, near Paris, France. It functions as convention centre, though it also houses shops and offices such as Fnac (a media and electronics retailer found throughout France), ESSEC Business School campus for executive education, as well as a Hilton hotel 1).

In one of La Défense's most iconic buildings a new part will be build: the CNIT Forest venue for conferences and events. A unique, exotic destination equipped with state-of-the-art technology that immerses visitors in a subterranean forest of digital trees.

Designed by François Schuiten and Nicolas Adam, the new Viparis spaces at the CNIT will transport you. The building is expected to be opened in Early 2023.

“My job as a scenographer is to land dreams to give them reality,” describes François Schuiten. “But creativity needs a framework. The whole thing is to succeed in transforming the constraints inherent in the place to make it a world that is functional and that, at the same time, inspires, that has its inner music. To create this climate, I drew everything by hand, in the traditional way, to rediscover this sensuality, this emotion.” 3) 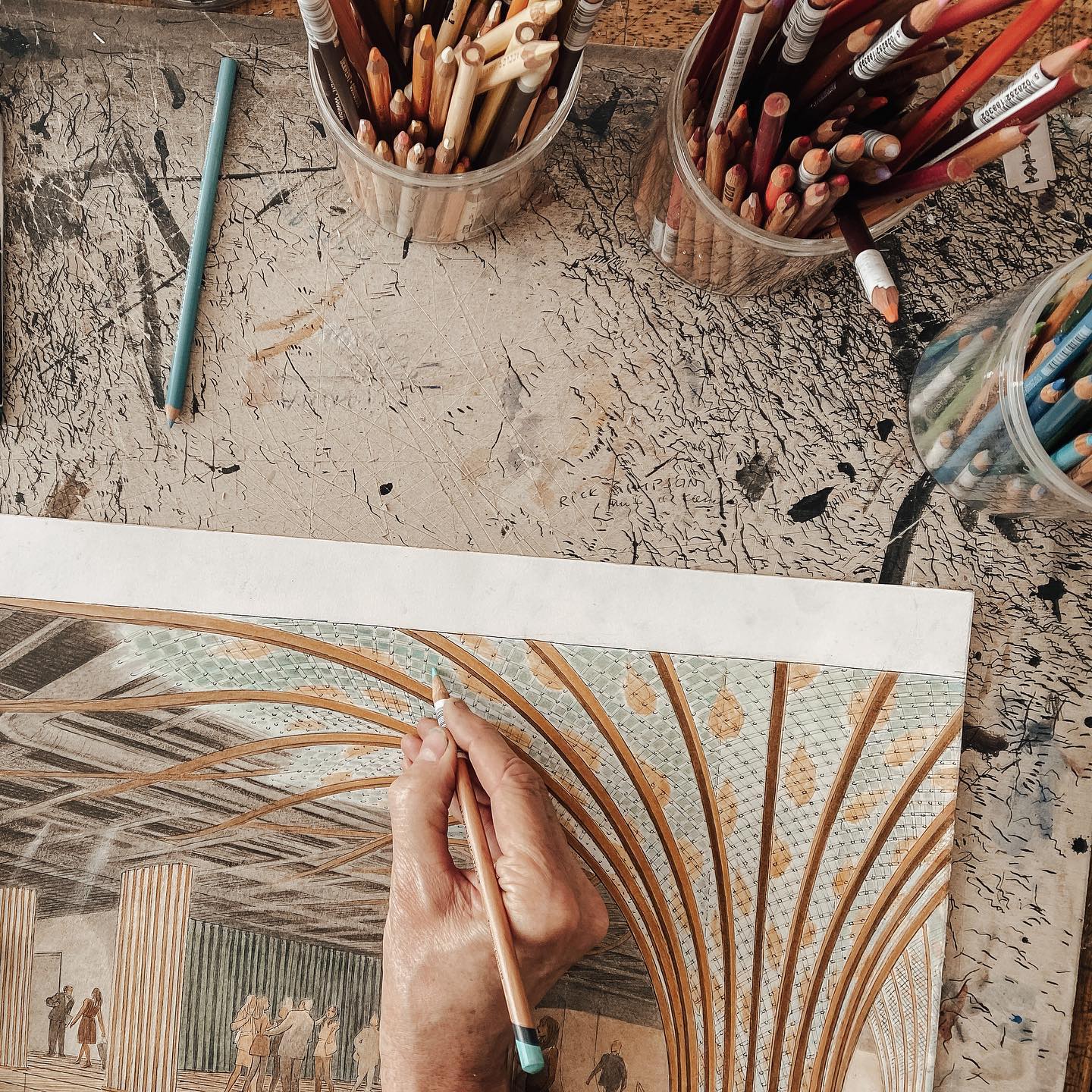 Schuiten: ”The concept behind CNIT Forest was inspired by the CNIT itself. We sought to recapture the distinctive elegance of this unique soaring vault with its three pillars.To create our luminous forest, we drew on the CNIT’s curved, elongated shape, reminiscent of the natural world. It was also important for us to build on the original architects’ engineering achievements: illuminated by thousands of LEDs, the CNIT Forest is a dynamic, vibrant setting that can be adapted to create a unique ambiance for each event hosted at the site. Following in the footsteps of CNIT's daring designers, we wanted to invite visitors into a enchanting space: a unique underground forest grove“ 4) 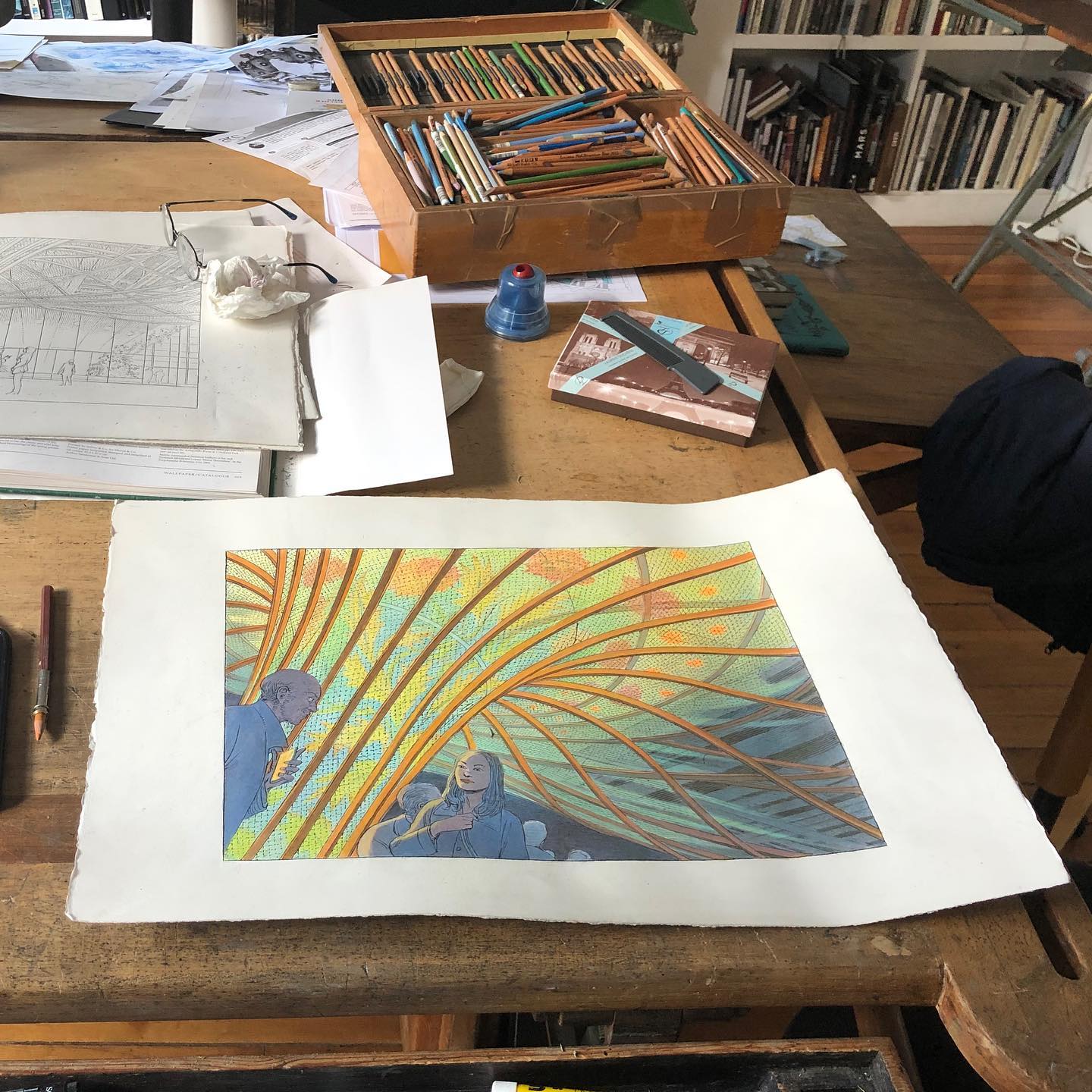 In April 2021 some pictures were published of François Schuiten signing the artwork of this project.

Viparis published a press dossier in English and French