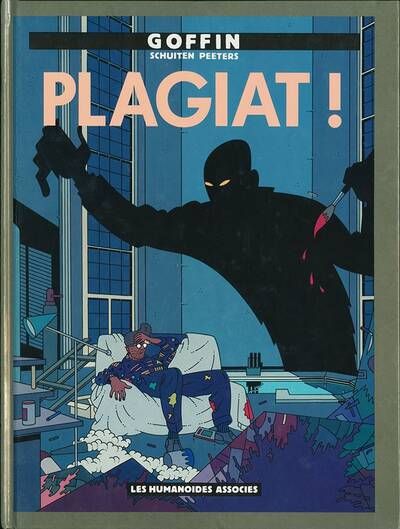 Plagiat! is a comicbook drawan by Alain Goffin, based on a scenario by François Schuiten and Benoît Peeters. The album was published in 1989.

At the exhibition Trends 1996, the painter Chris Van Meer knows one of his greatest successes. He prepares enthusiastically a new series of paintings when he falls on the works of an American, a certain Tommy Crane. No doubt is allowed: he has been plagiarized. Since then, the existence of Van Meer is rocking dangerously …