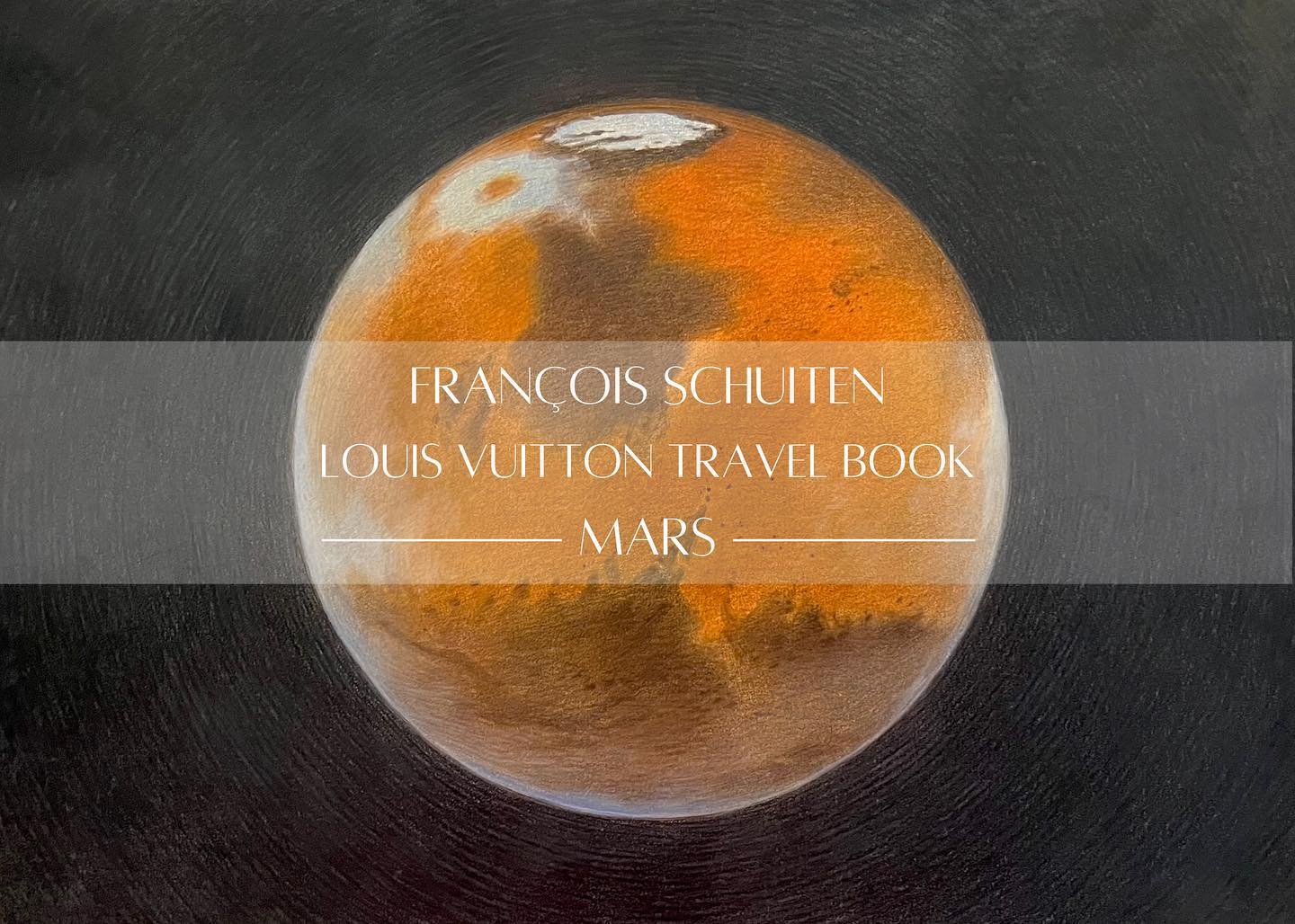 Louis Vuitton Travel Book: Mars is a solo exhibition showcasing the original illustrations made by François Schuiten for the 2021 edition of the Louis Vuitton Travel Book at the Philippe Labaune Gallery 1) in New York from November 10th until January 14th, 2023. The worldwide premiere for this collection of drawings will also be the first of the series to exhibit in the United States.

Founded in 2021, Philippe Labaune Gallery is devoted to championing and presenting original 20th and 21st century comic art and illustrations by emerging and established artist from around the world.

Showcased are the original illustrations made by Schuiten at the height of the pandemic for the first and only entry of the Louis Vuitton Travel Book to explore the reaches of outer space. “I wanted to be a bit like an explorer that tries to find himself, that maps things as he discovers them. I wanted to be a bit endangered,” says Schuiten. 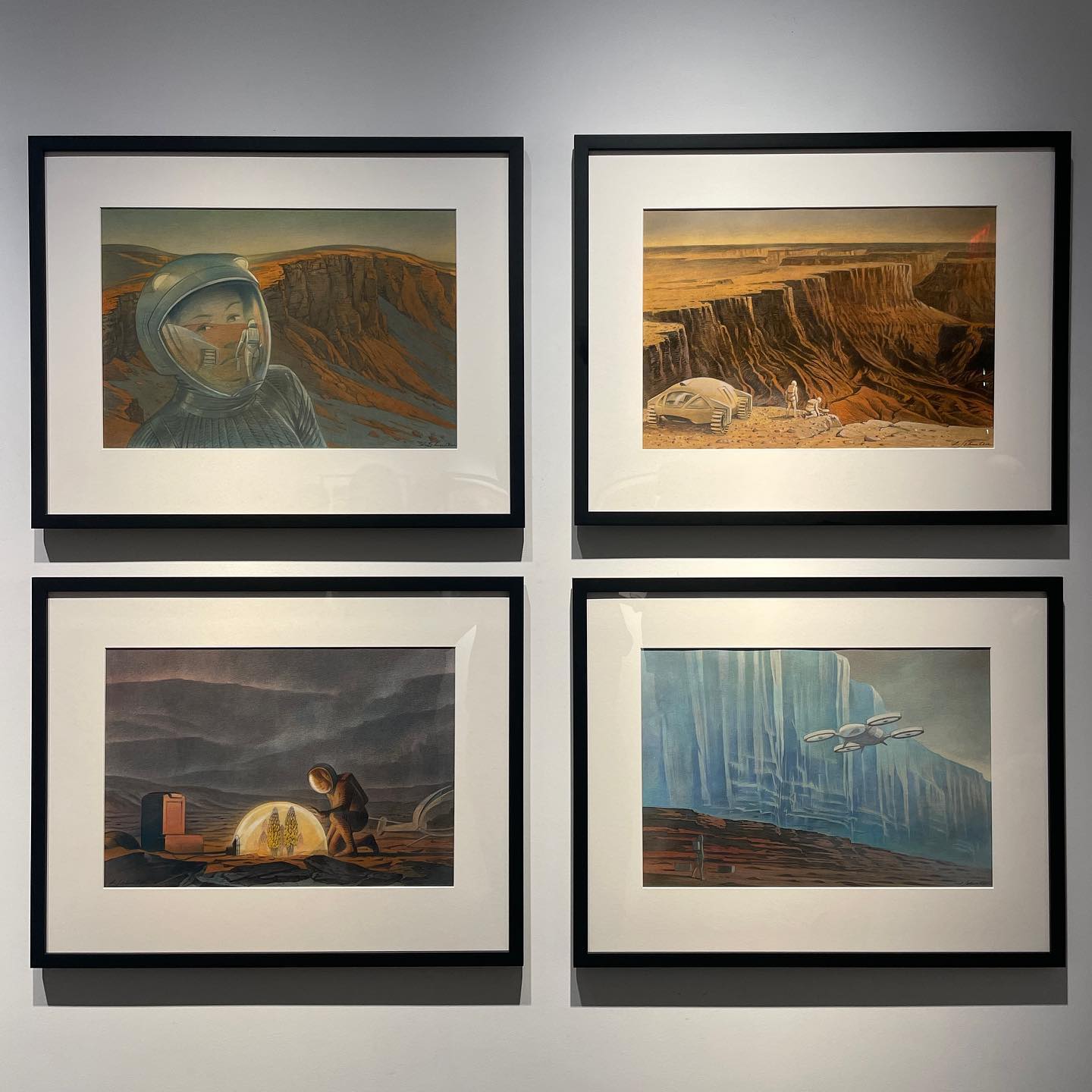 At November 10, 2022 the exhibition was opened in presence of François Schuiten.

Pictures of the opening courtesy of the Belgian Consulate in New York 2) and François Schuiten.