Addicted to the work of François Schuiten 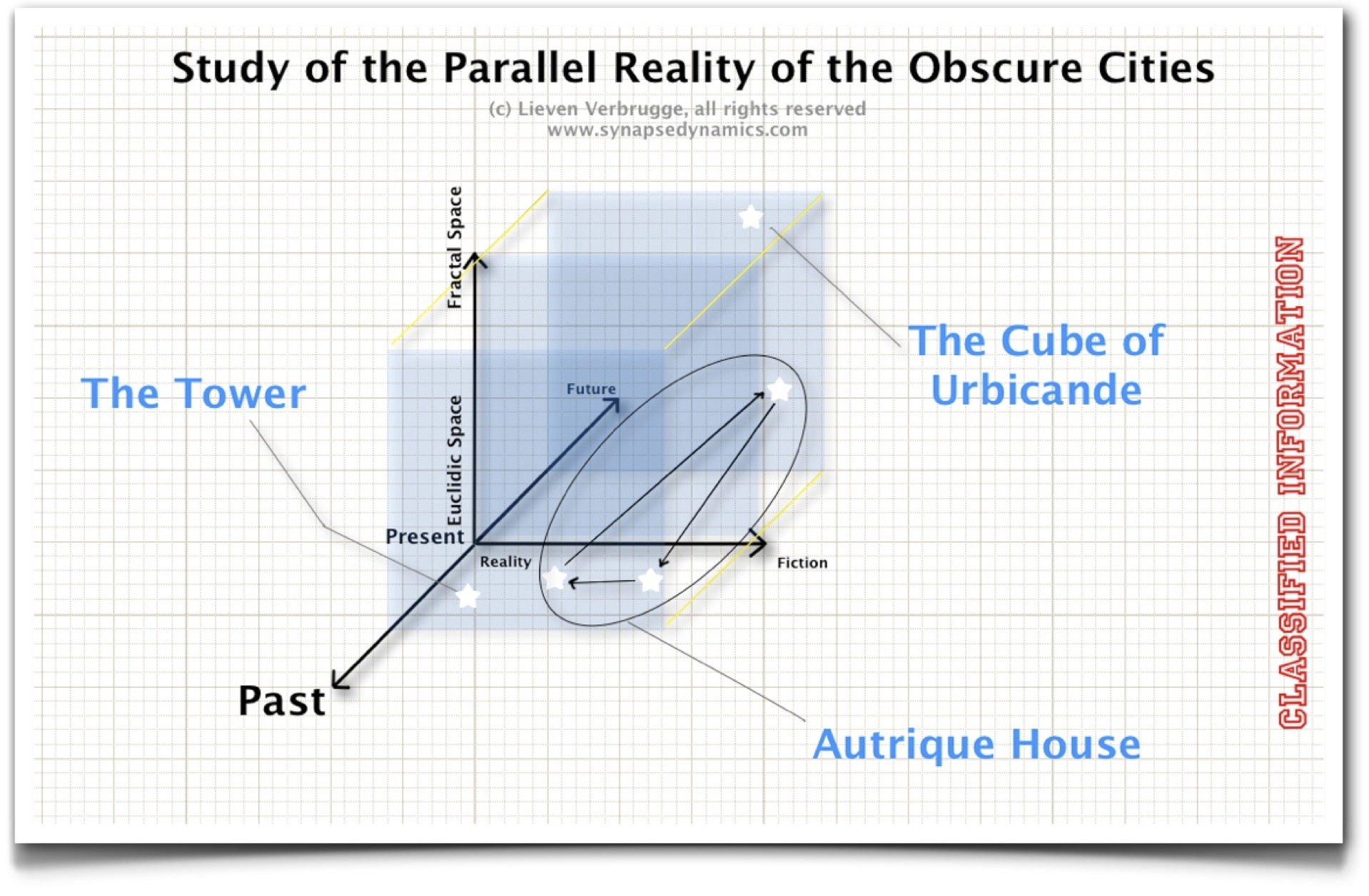 I don’t like to read fiction and I definitely don’t like to read fantasy stories. However I have to admit that I make a few exceptions. As soon as a new story of the Brussels cartoonist François Schuiten is released, I always buy it without hesitation. His latest creation is called “12 The beautiful”. It’s about a man and his passion for a steam locomotive. I bought it, read it and love it.

My addiction for the work of François Schuiten started long before I knew who he was. One night somewhere in the 1990’s, I was watching TV and on the French speaking channel they showed a documentary called “Le Dossier B”. It was about a mysterious city called Brüsel that was supposed to be a parallel city of Brussels.

In that story the Palace of Justice in Brussels played a central role and somewhere hidden within its walls would be a secret passage that connects the two parallel cities. Because of that fictitious documentary I became interested in the Palace of Justice and very early after I moved to Belgium I went to visit it. Ever since I’m passioned about that building and its history. Only many years later I discovered that the documentary “Le Dossier B” was made by François Schuiten and that he played one of the characters in that movie.

In the year 2000 I went to the expo in Hannover. One of the main attractions was a pavilions called “Planet of Visions.” More than five million visitors went to see that pavilion. Together with my team we had to wait in line for about four hours before we could enter. One of the main features of the pavilion was a reconstruction of paradise that was attached to the sealing. On the ground was a few centimeter of water on a black floor. The water reflected the paradise that was hanging from the ceiling and it created a magnificent effect.


It was much later in 2005 when I had a talk with François Schuiten in his atelier in Brussels that I discovered that he was the man who created the “Planet of Visions”.

A third link to François Schuiten was Jean Paul Van Bendegem a somewhat eccentric but brilliant Professor at the VUB (Vrije Universiteit Brussel). His lectures on modern logic and science philosophy was part of the curriculum in 1991 while I was studying psychology. During his inspiring lectures he would sometimes talk about “The obscure cities” a cartoon oeuvre of François Schuiten en Benoît Peeters. At that time I didn’t understand why a Professor would be so interested in reading cartoons (he also talked sometimes about Gary Larson and the Far Side Gallery).

Finally I think it was 1998 when I bought my first cartoon or better, graphic novel by Schuiten. I purchased it in the beautiful comic book shop in Brussels called Brüsel 1) (indeed a name that refers to one of the stories of Schuiten). The first cartoon I read was “Fever in Urbicante”, a story about a kind of cube structure that is growing in a city and that has an important affect on its habitants. The same day after reading this story I went to buy two more, I bought “The Tower” and “Brüsel”.

What attracts me to the work of Schuiten en Peeters is of course that Schuiten is a great graphical artist and the stories they tell are beautiful. But there is more to it, in Schuiten en Peeter’s stories I can never find cliches or idea’s that are obviously “borrowed” from movies or other books. However the most characteristic about the stories is that they play with the variables time and space. They bring the past in the future and future in the past. The stories called “The Tour” and “Fever in Urbicante” are two examples of how they deal with space in an intriguing way. The oeuvre of Schuiten en Peeters are truly original fantasy stories. With the Obscure Cities series they create a parallel universe that makes you reflect on our own world. Besides the great architecture that is depicted, the strong storyline and the beauty of the books, they also have very interesting characters in it. It’s about a man and his strange shadow, a girl that cannot stand strait and a woman with a large and unique birthmark on her body. The stories are mysterious and from another world but the storyline is very consistent.

During the last ten years I think that their work has evolved and a third dimension (next to time and space) was added. They now also move reality into fiction and fiction into reality. One of their projects for example is the renovation of an important Art Nouveau building called the “Autrique House” in Schaerbeek (Brussels) 2).

Due to the initiative of Schuiten en Peeters this house has been restored into its original appearance and is now open to visitors. With this project they not only honor the architect Victor Horta, they also preserve cultural heritage and in this way give an important service to society and to future generations. This house at the Haachtsesteenweg 266 in 1030 Brussels, exists in reality but if you read the album “The theory of the grain of sand” you will find that the Autrique house also exists in one of the Obscure Cities. Reality and fiction are interwoven. The same is true of the latest album called “12 The Beautiful”. The steam locomotive 12.004 is a real locomotive that is hidden somewhere in a museum depot in Belgium, but it comes back alive in the parallel world of Schuiten en Peeters. When you would buy this latest album, make sure to try 3D experience by holding your graphic novel in front of your webcam. This innovative idea makes it possible that we finally can catch a glimpse of the parallel world 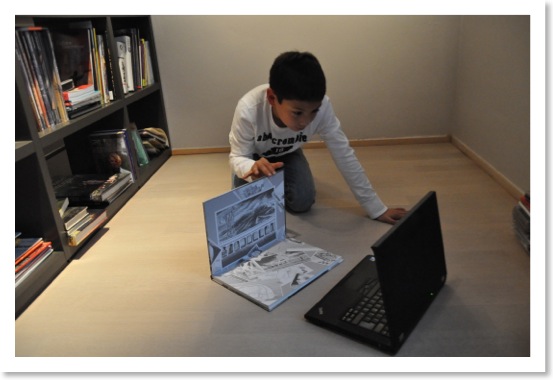 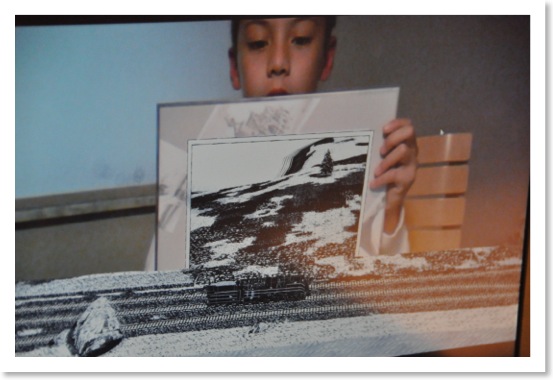