You are here » The Obscure Cities » Dictionary » Urbicande-la-Neuve

Urbicande-la-Neuve aimed at exploring new narative concepts at the crossroads of art and technology, of virtuality and reality. Stories and algorithms are mixed together in order to give birth to another space for comics of the Obscure Cities.

Basically, three cameras has been placed in the city of Louvain-La-Neuve. The background images of these webcames have been redrawn with the architectural style of some Obscure Cities. Then, the aim was to extract the real objects (people, cars, etc.) moving in front of the camera and make them exist in the virtual background along with virtual objects directly issued from the comics imaginary world. 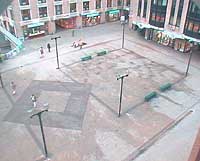 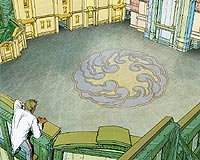 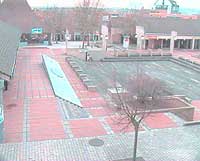 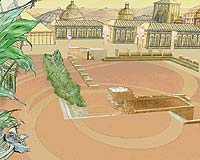 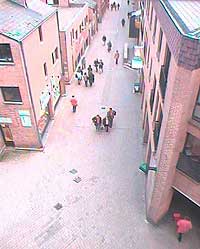 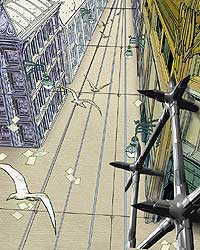