You are here » The Obscure Cities » Dictionary » Paris Observatory

The Paris Observatory, a research institution of the Paris Sciences et Lettres University, is the foremost astronomical observatory of France, and one of the largest astronomical centers in the world. Its historic building is on the Left Bank of the Seine in central Paris, but most of the staff work on a satellite campus in Meudon, a suburb southwest of Paris 1). 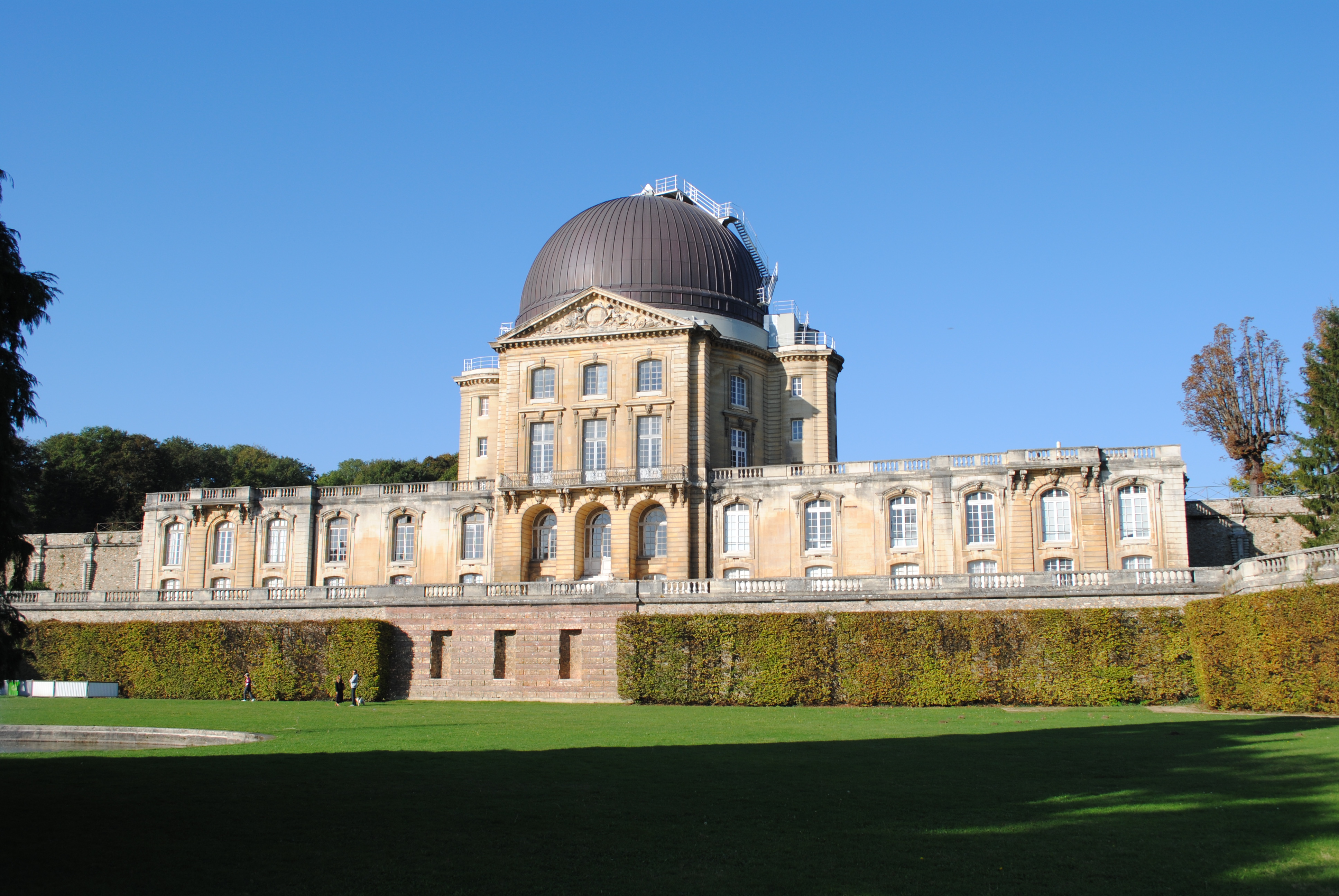 The Meudon site was constructed in the late 19th century by Jules Janssen, one of the discoverers of helium. With a million francs and permission to build on the old royal palace ruins, he constructed one of the grandest observatories of its day, with a focus on astronomy and solar physics. After World War One, the observatory was integrated with the nearby Paris Observatory and it became an important campus for that observatory. Even into the 21st century solar observations are conducted at the Meudon site, and the preserved Great Refractor (Grande lunette) and astronomical gardens overlooking the city of Paris have delighted visitors for decades 2).

In February 2022, François Schuiten made a drawing of the Meudon building. 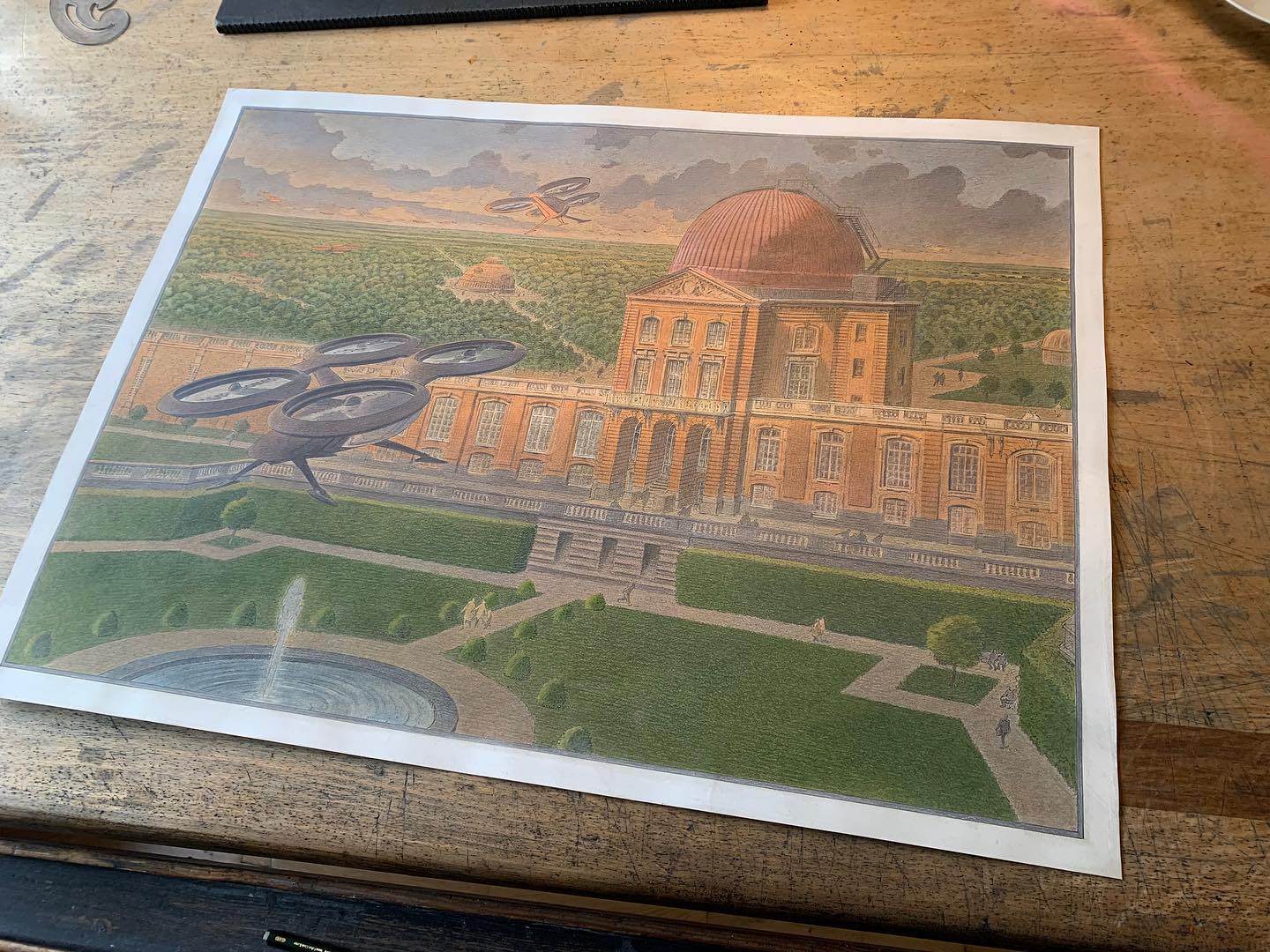 In March 2022 Schuiten published another image about the Meudon site in 2040. 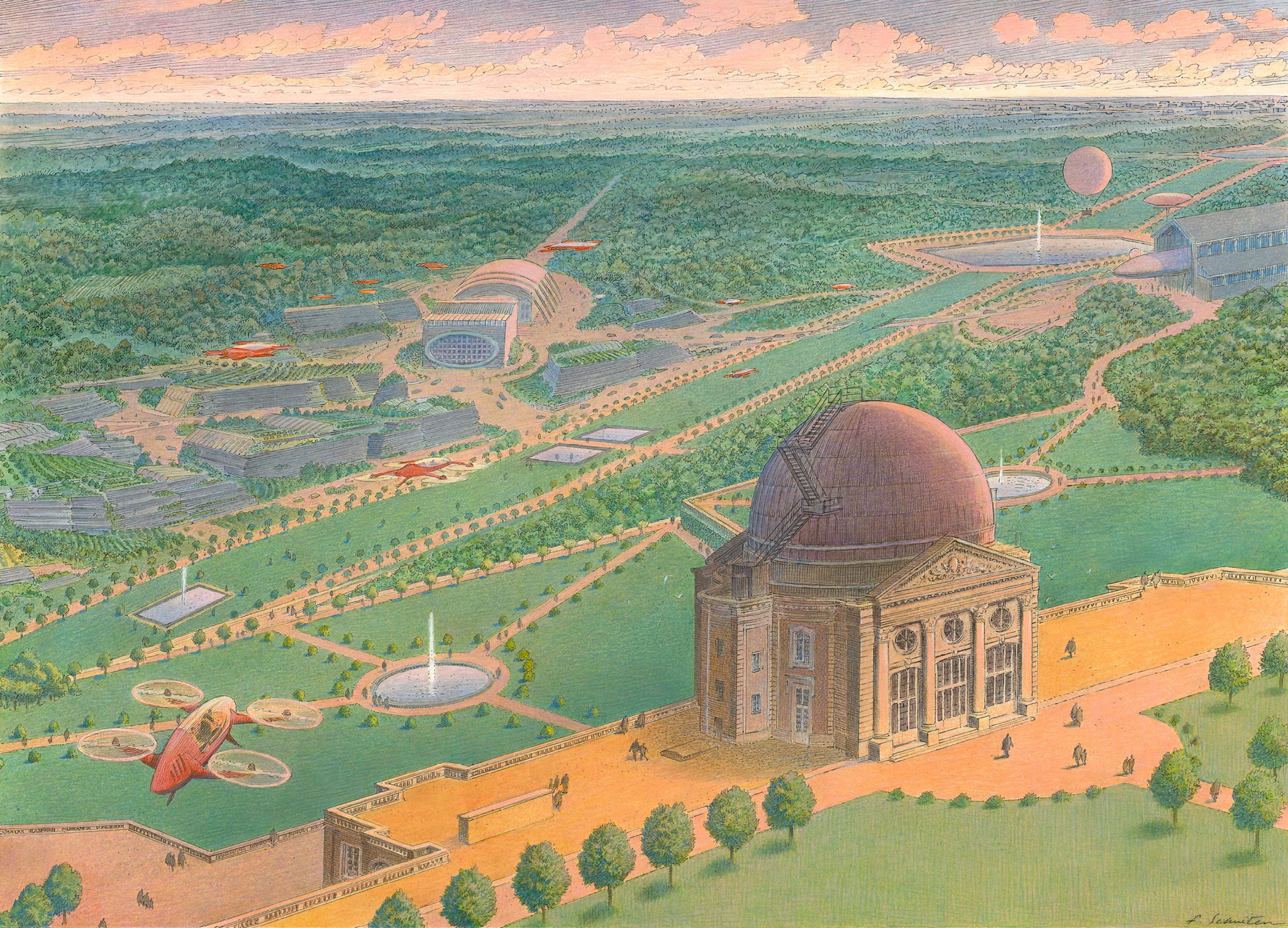