You are here » The Obscure Cities » Dictionary » Belgicae

Belgicae is a play by Anita Van Belle in 1992. This play is the result of a writing residency at the Chartreuse de Villeneuve-lès-Avignon 1).

Belgicae, a play whose rules were inspired by the political functioning of an imaginary country, is a play to be chanted by jumping with both feet into large black puddles. It features 24 characters, including the National Cycling Champion, who breaks his face on the Champs-Elysées and falls in love with a non-Belgian, which is a state crime. The National Cycling Champion causes the division of the country in 333. The deputies will demand unity. The judge will decide. The Queen will sing a lullaby 2).

The announcement poster was made by François Schuiten. 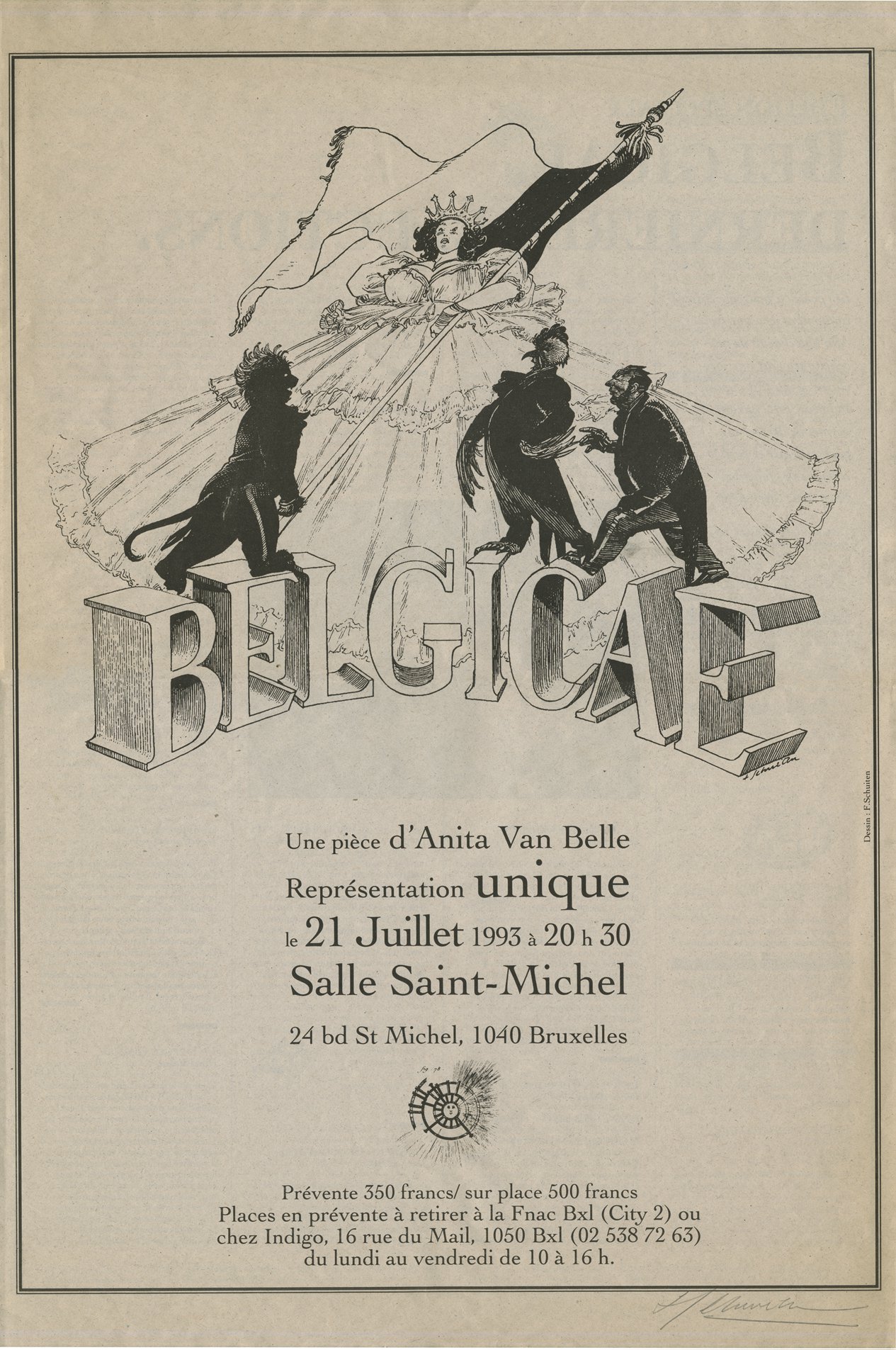 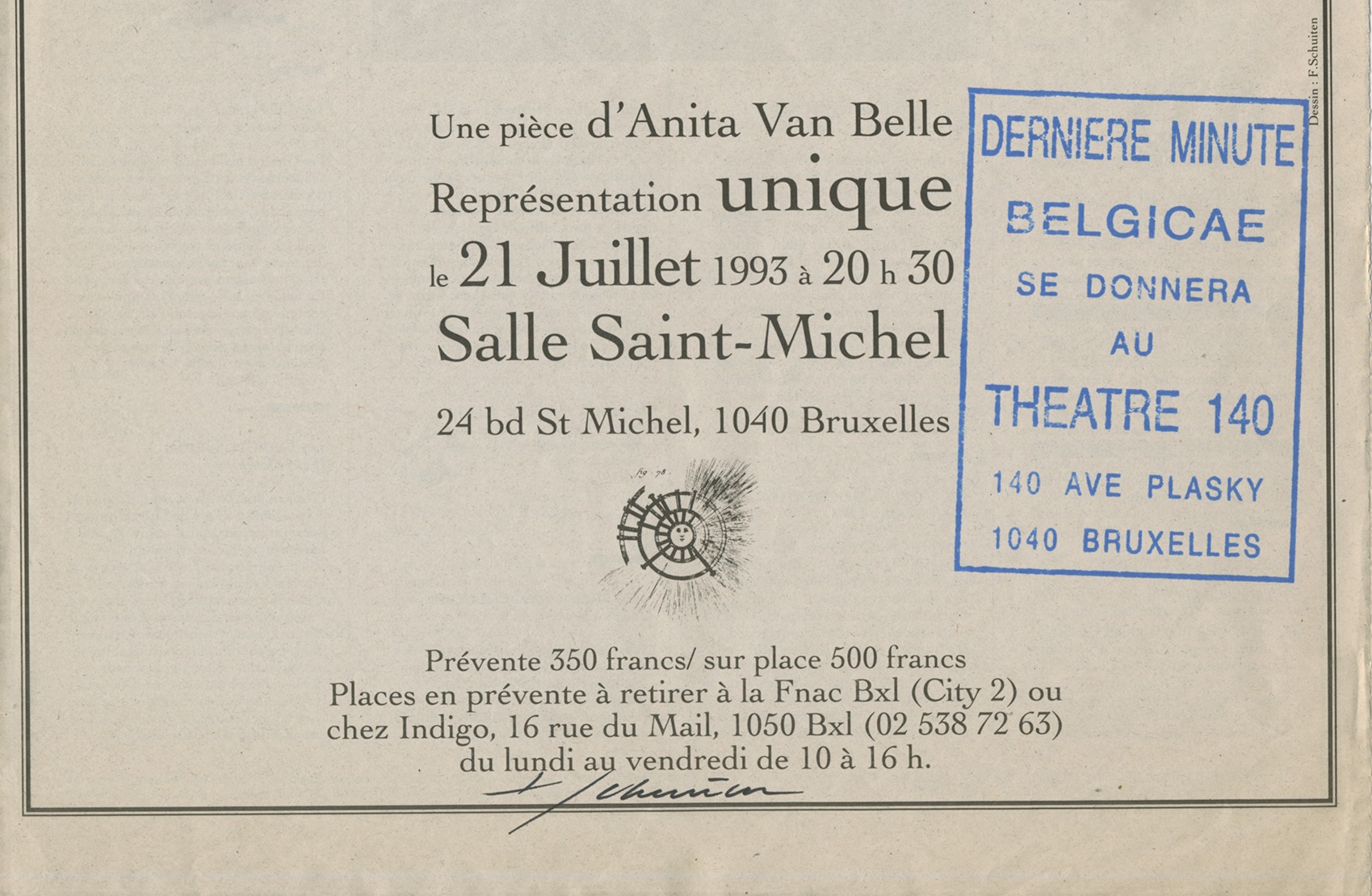