You are here » The Obscure Cities » Dictionary » Koekelberg Basilica 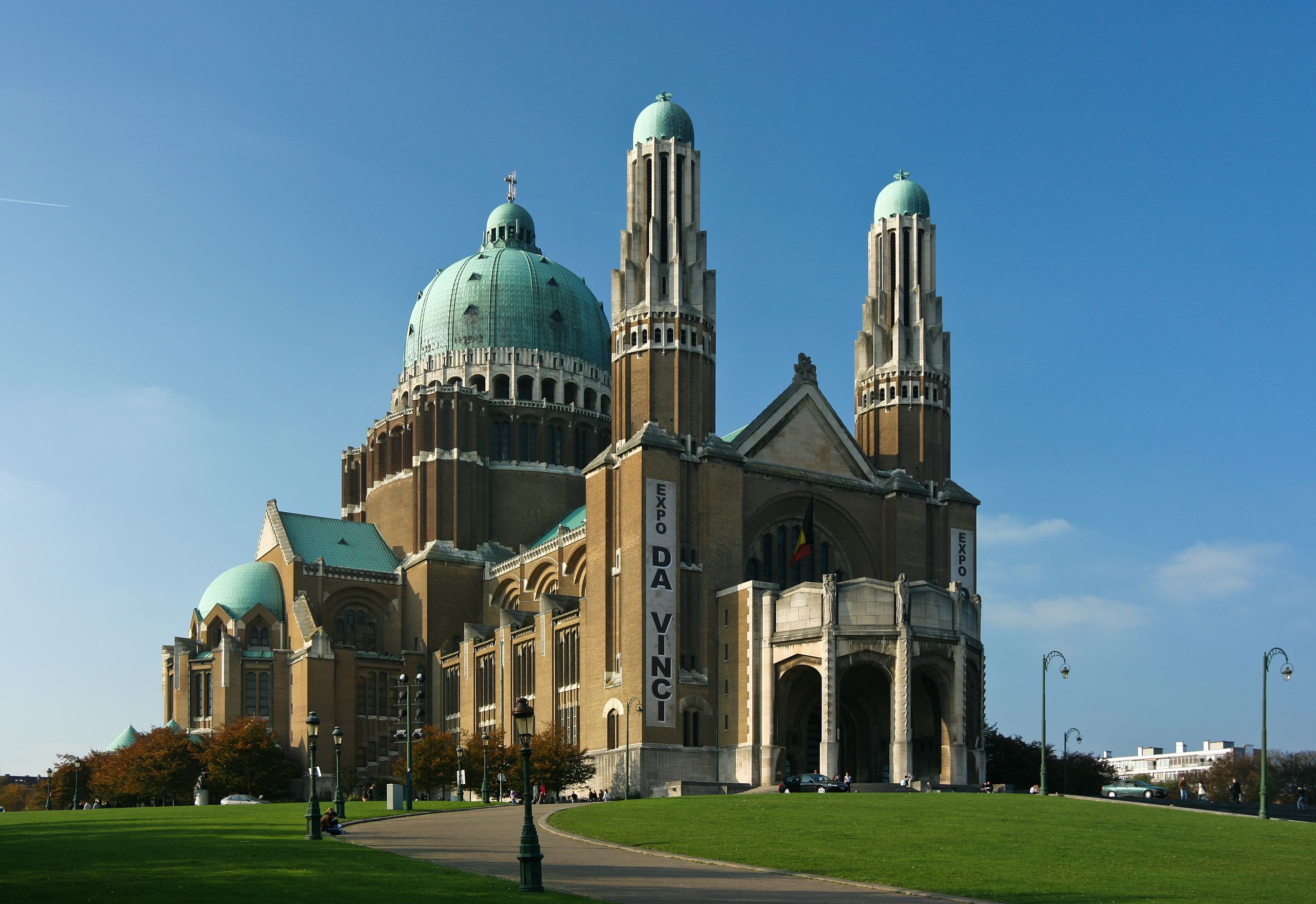 The church was dedicated to the Sacred Heart, inspired by the Basilique du Sacré-Coeur in Paris. Symbolically, King Leopold II laid the first stone of the basilica in 1905 during the celebrations of the 75th anniversary of Belgian independence. The construction was halted by the two World Wars and finished only in 1969. Belonging to the Metropolitan Archbishopric of Mechelen-Brussels, it is one of the ten largest Roman Catholic churches by area in the world 1).

Located in the Parc Elisabeth atop the Koekelberg Hill in Brussels' Koekelberg municipality, the church is popularly known as the Koekelberg Basilica. The massive brick and concrete reinforced church features two thin towers and a green copper dome that rises 89 metres above the ground, dominating the northwestern skyline of Brussels 2).

The church plays a role in the Blake and Mortimer album by François Schuiten.