You are here » The Obscure Cities » Dictionary » Octopus garden

Octopus garden is an artwork of a giant squid, straight out of Jules Verne's novel “20 000 leagues under the sea”, that will welcome visitors to the square in front of Amiens railway station 1).

The first phase included the installation of bamboos from 8 to 12 meters high, thus vegetating the station area which was very empty. A luminous and sonorous fresco will enliven the whole 2). Due to the Covid-19 pandemic work on the artwork was delayed. 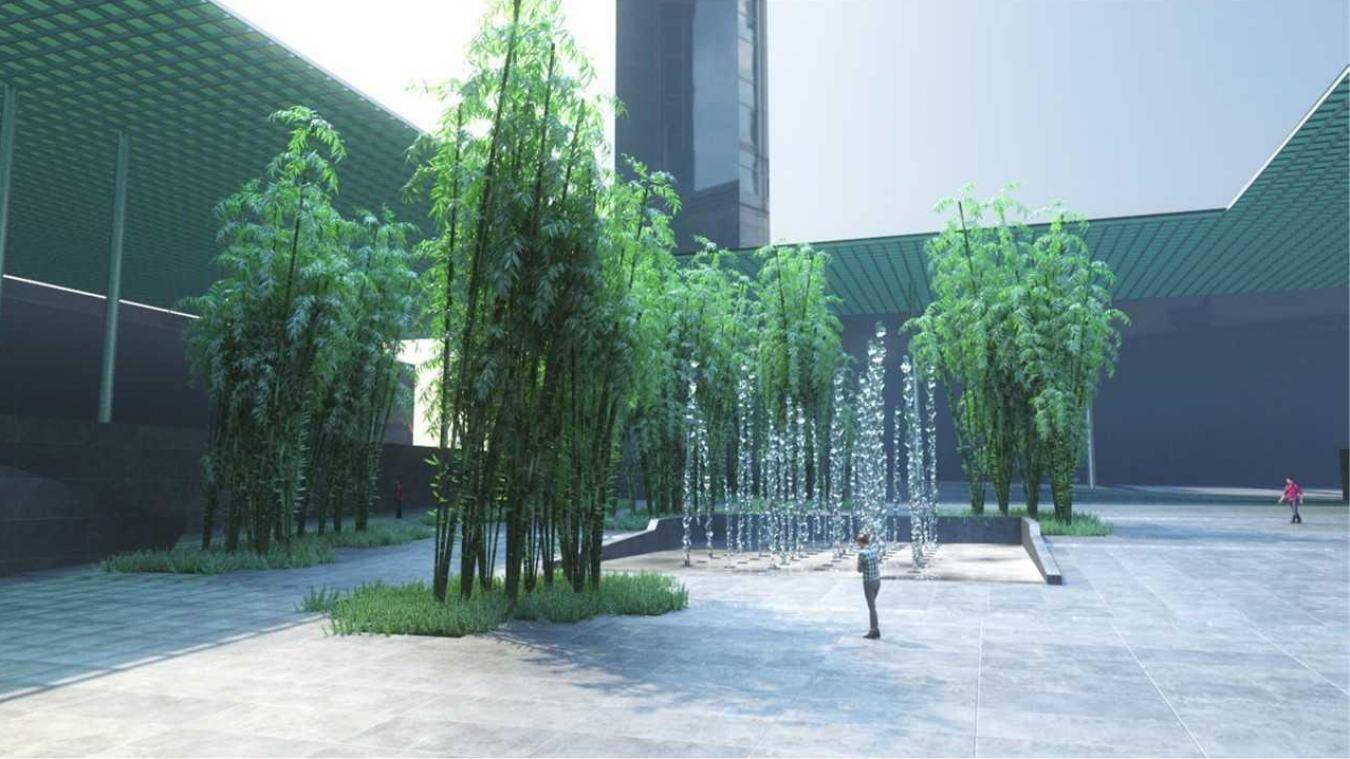 
The first images of the light projection were published in 2021.

The second phase of the project will see the arrival of the giant bronze squid, which will come alive by twirling its long tentacles in the middle of a giant bamboo plantation and a supernatural and fantastic mist 3). 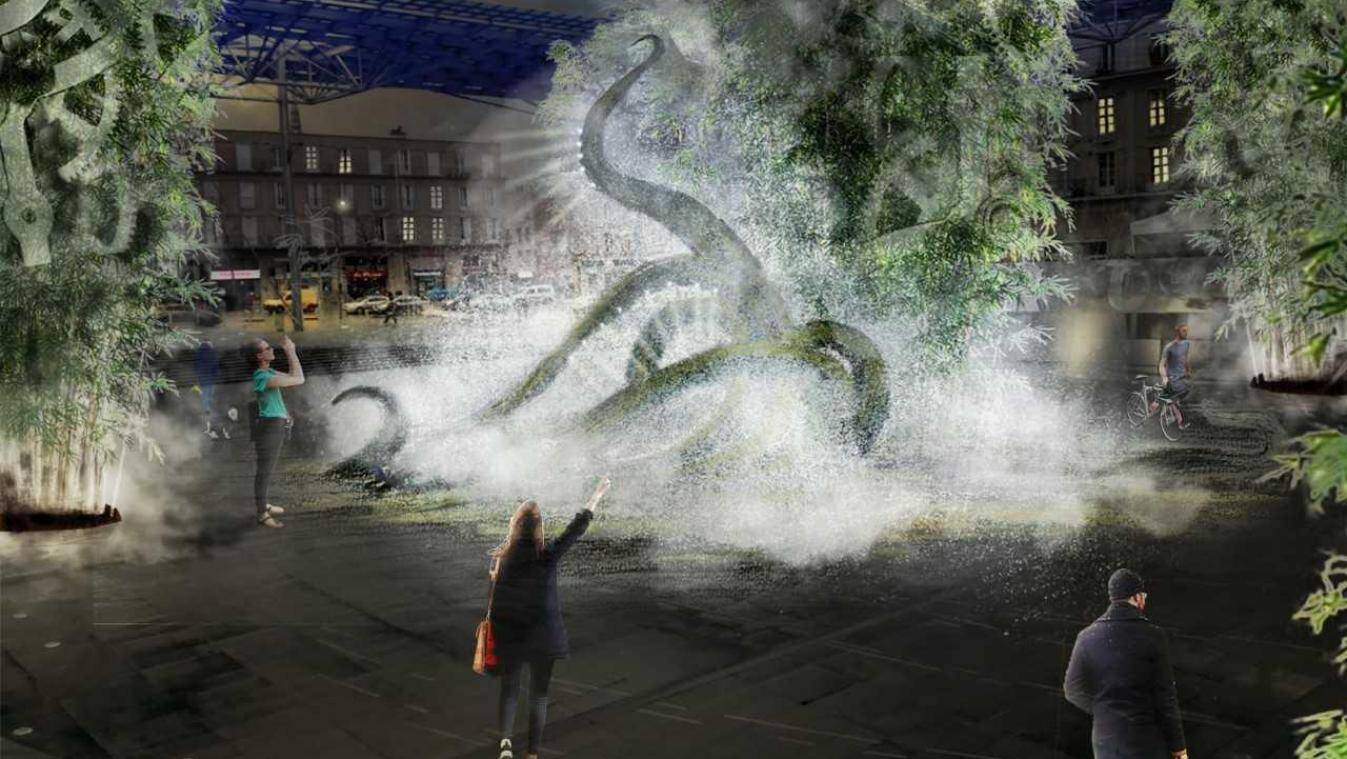 
This art work is the first stage of the future journey “in the footsteps of Jules Verne” which will pass through the circus, the town hall, the Madeleine cemetery and of course the Maison de Jules Verne 4). his project will also and above all make it possible to identify Amiens as THE city of Jules Verne, where he lived, where he was elected municipal councillor and where he is now buried 5).

The design of the sculpture is made by François Schuiten. The design was revealed during 24es Rendez-Vous de la Bande Dessinée d'Amiens. 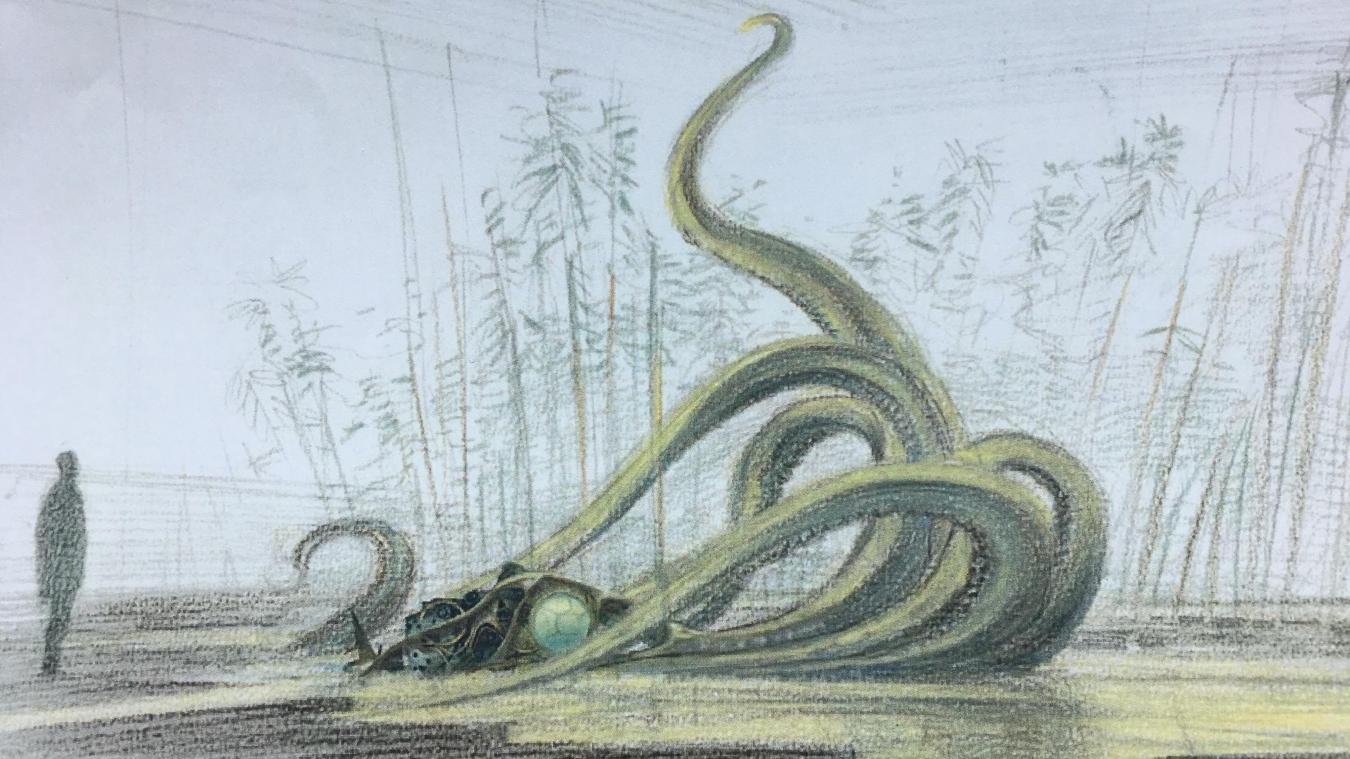 Bruno Letort will be responsible for the sounds and music. The music piece “Black Museum” was recorded in March 2020. 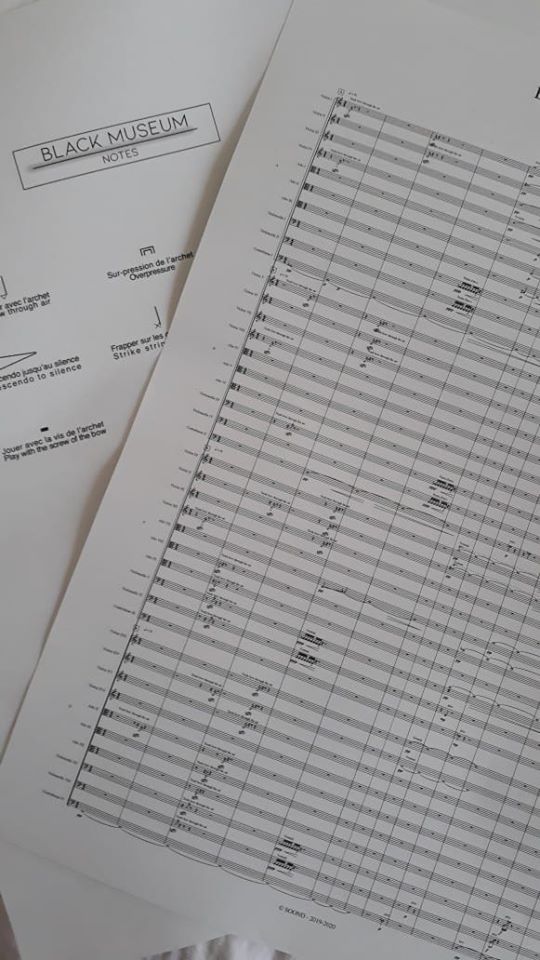 The music was mixed in Octophonic sound at studio Dada by Bruno Letort in December 2021. 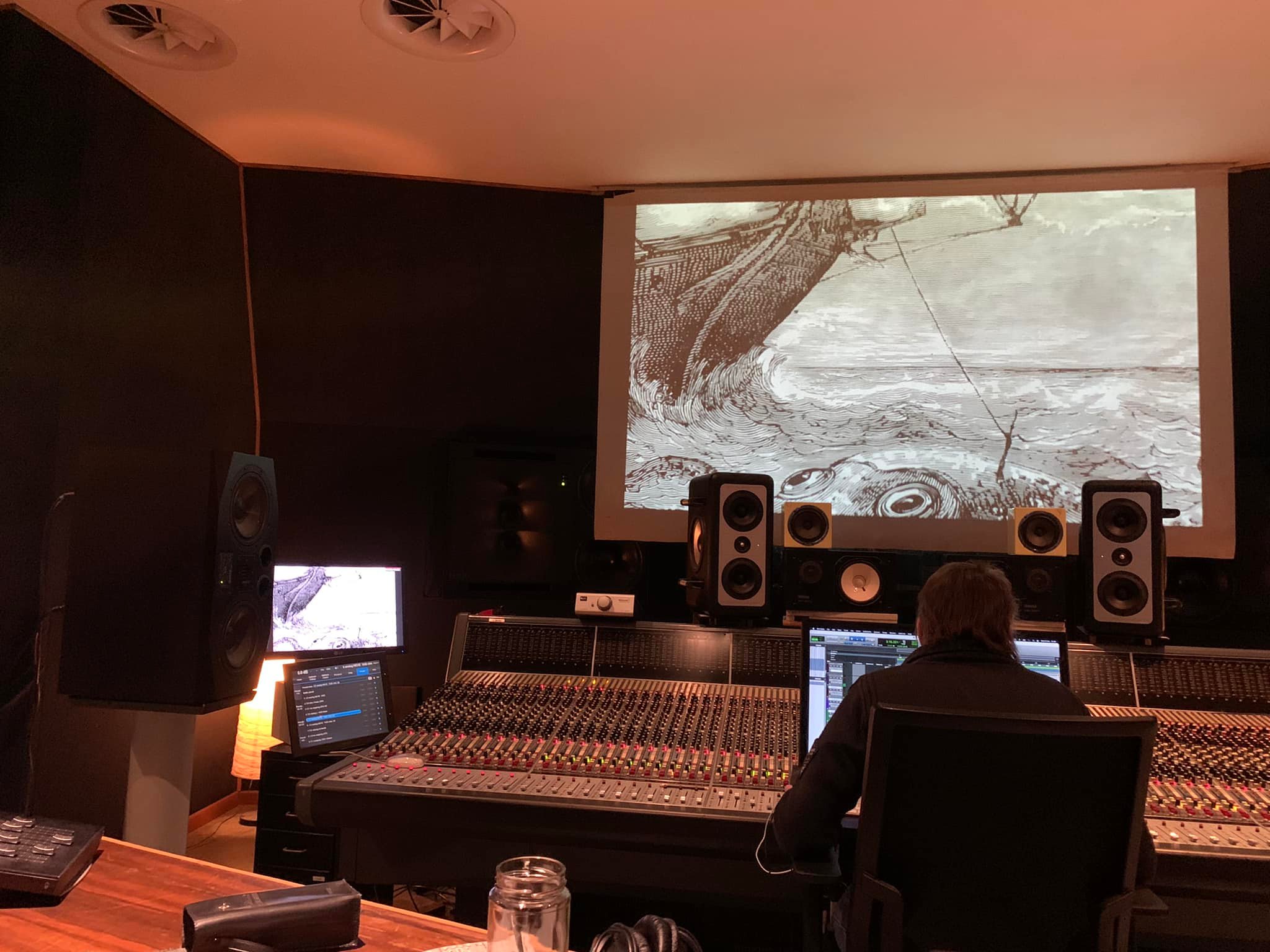 During a meeting in Amiens in June 2022 François Schuiten talked about the Octopus Garden. The development of the sculpture is going slowly. It even seems that the final sculpture isn't fit for the projected place in front of the train station. A new place is being searched for. During the meeting François also confirmed that the next album of the Obscure Cities will take place in Amiens.

Nicolas Rivoal made the following pictures of this event.