You are here » The Obscure Cities » Dictionary » Galaxy sculpture 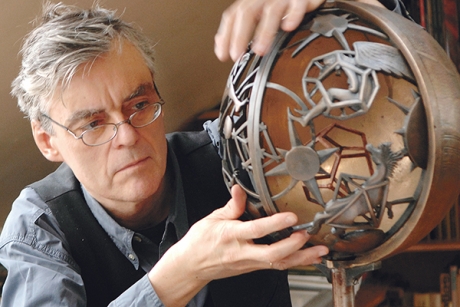 Galaxy is a sculpture made by Karl Theiss and François Schuiten at the request of Michel Wittamer to remember the year when Michel presented original comic artwork in his gallery Avenue Louise (Brussels).

The sculpture is made in bronze, dodecahedron in rosewood. The mechanism drives the two openwork shutters, which can be completely drawn back into the hemisphere, at the same time the dodecahedron turns on itself. Height: 57 cm diameter sphere: 33 cm.

Galaxy shows the cosmos, star shapes and mythological figures in the history of mankind. François Schuiten worked two and a half years on its design, together with Karl Theiss and Liège smelters to produce this interlaced mysterious object of symbolic images. Eight copies were cast in bronze, which allows the sculpture to be considered an original work just like Rodin, Caesar or Giacometti. 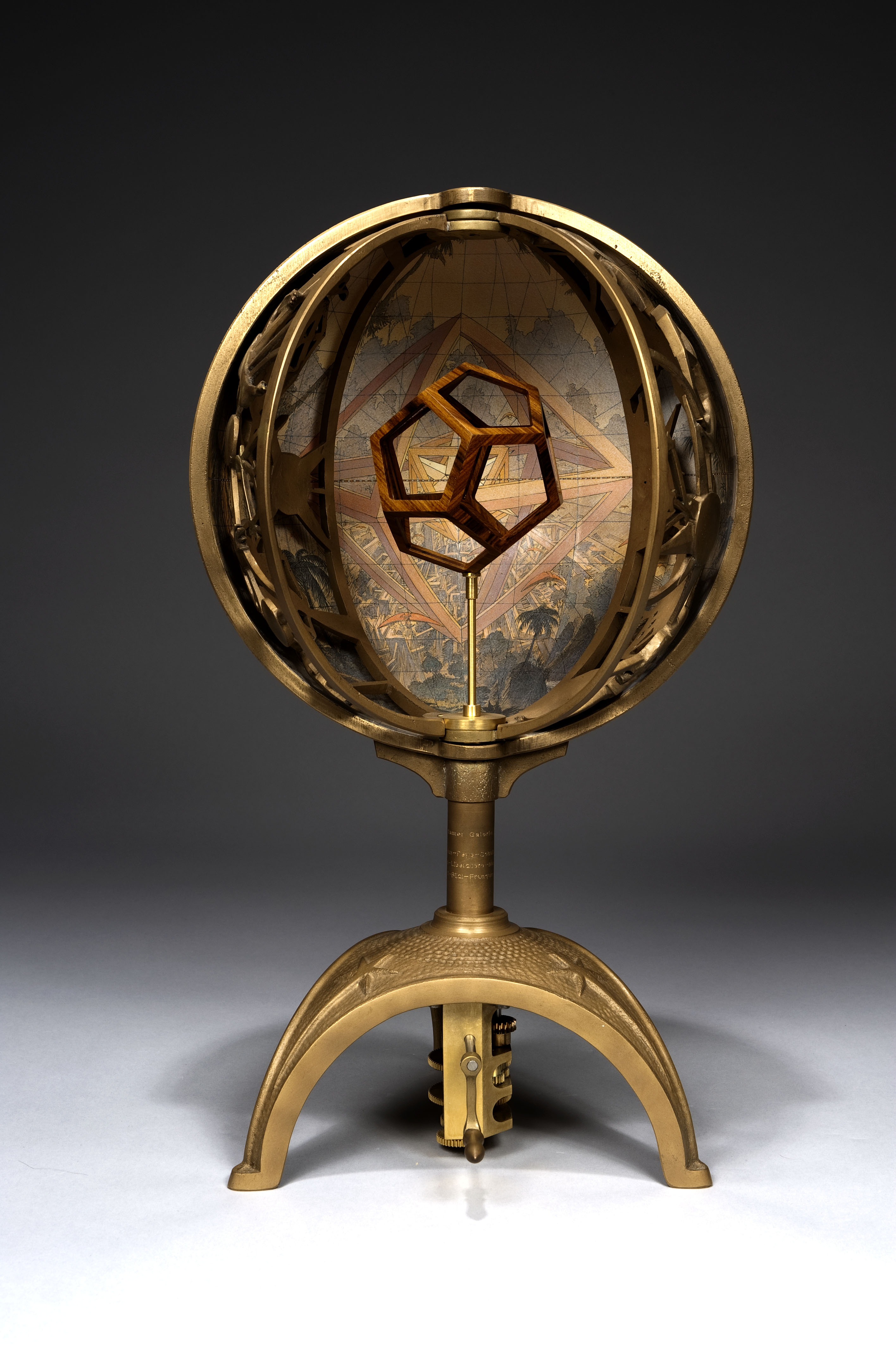 “The prototype was made ​​of wood by Karl Theiss who I worked for years onwards”, says François Schuiten. “We had already, for example, imagined a meteor rail together. Michel Wittamer asked us to create a single object; We sought to innovate in the symbolic signs, finding a dating bridge between sculpture and drawing, somewhere in a new cosmic dimension. Galaxy is a sphere inspired by old world maps but hollow and inhabited by an inner landscape that is discovered by operating a tangled network of structures. This is an intriguing object. The artistic intention is to open the mind to fiction and fantasy story. ”

The artist considers Galaxy as “a sweet madness.” Karl Theiss and François Schuiten have wandered hundreds of hours to create this “object that serves no purpose.” With the only reward at the end of this imaginary journey the pleasure of seeing their dreams cast in bronze. 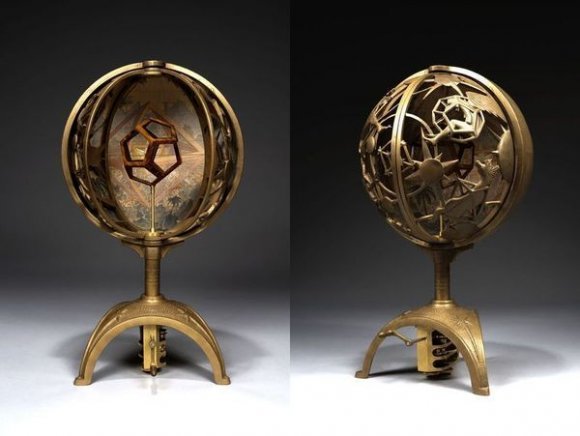 8 bronze copies were made and cast in bronze. Signed and numbered from January to August. 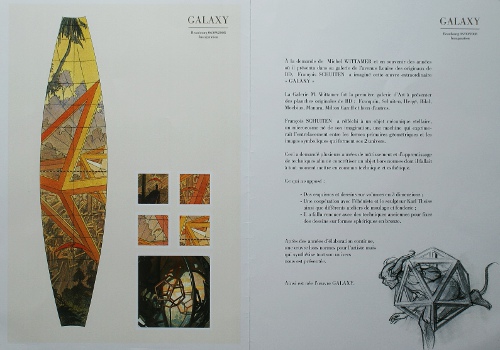