You are here » The Obscure Cities » Dictionary » Brusseler, The 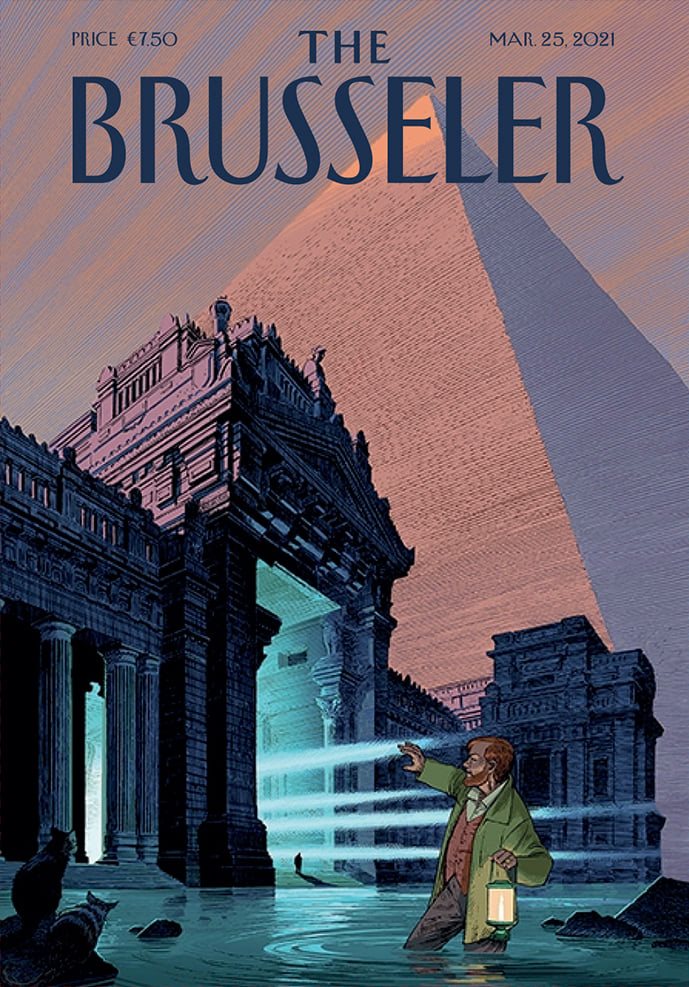 The Brusseler presents the contribution of the Maison de l'Image de Bruxelles in 2021 to the chain of tributes dedicated to The New Yorker.

The result is impressive: 120 image makers who are tackling the Belgian capital in their own unique way. Among them are unknown and well-known names: Ever Meulen, Joost Swarte, Philippe Geluck, Picha or Tom Schamp. Bekaert: “We always approach a large selection of draughtsmen to give new and young draughtsmen a chance as well.” 1)

In the vein of The New Yorker, they have each designed a fictional cover on the theme of Brussels, a welcoming and endearing little city with a human dimension and yet the capital of Europe. The work of these artists is above all a mark of sympathy towards a city like no other.

Not every image was made especially for this exhibition, and not every image maker is Belgian. Or stronger: still alive. Bekaert: “Well-known illustrators such as François Schuiten, Jan Bosschaert, Delphine van Saxe-Coburg or Herr Seele did not have time to create new work, but they did have loads of drawings about Brussels. And yes, we received permission from his widow for the work of comic book author Yves Chaland, who drew a lot about Brussels and could not be missing in this set-up. ” Of the 120 participants, 100 are Belgians, it sounds. “Some foreign authors earned their place because they either live in Brussels or are very familiar with it.” 2)