You are here » The Obscure Cities » Dictionary » Augmented reality 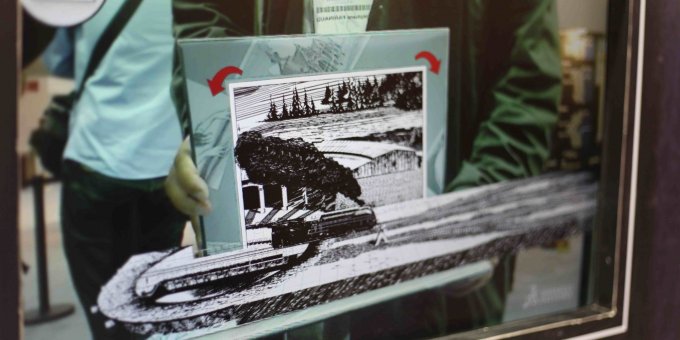 The 12 La Douce album has some unique augmented reality. When holding your webcam in front of a special page in the book some additional extras will show up. Secondly on the Angouleme comic festival a special setup of La Douce will be there where also reality is altered. The setup will be shown in the Brüsel comic shop in Brussels at a later stage 1).

“I dreamed of this locomotive back on. Get her out of the book became an obsession, tells François Schuiten. I wanted the reader to share this fascination with technology. Dassault worked from pictures in the album and experience the augmented reality allow the reader to discover the hidden secret of this adventure. This is an extraordinary encounter between the top of the art of the early twentieth century and the technology of the twenty-first century. ” 2) 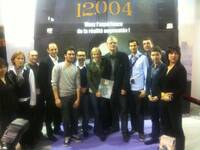 Some videos showing the augmented reality:

Some design images of the augmented reality design: