You are here » The Obscure Cities » Dictionary » Adam, Line 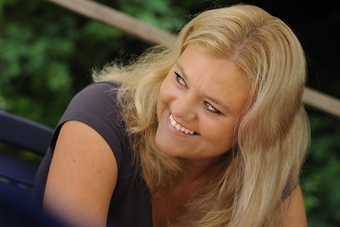 Line Adam is born in 1972. Confronted by the age of five to a concert by Jean-Pierre Rampal, she decides that she wants to play flute. In parallel with the primary school she follows her music education. At age eleven, she won the highly popular television contest “Les Jeunes soloists, putting her fully into the spotlight. She won several other competitions and gives a series of concerts as a soloist with orchestra. Then she passed her piano diploma, she studied organ and swapping them for the school in the Conservatory of Liege. There she won first prizes flute, music theory and chamber music, and from 1984 to 1988 she perfected at the Conservatory of Brussels. She meets Julos Beaucarne that he introduces her into the environment of the French chanson and cabaret. Line Adam performs in concert halls such as L'Olympia and makes contact with musicians from the worlds of jazz, rock and world music. By improvising with them, Line Adam easily leaves the classical style behind. At sixteen Line Adam gets passionate about harmony and composition, especially for orchestra. Besides her career as a flutist and pianist, she studies orchestral conducting and becomes more active as a composer and arranger. She is attracted to the film music, a repertory orchestra compositions with an important role 1).