Kendal Calling: An Interview with Benoît Peeters, the UK’s Professor of Graphic Fiction and Comic Art

The countdown has begun to this year’s Lakes International Comic Art Festival in October (13th – 15th). We continue our “Kendal Calling” interviews with Benoît Peeters, the UK’s Professor of Graphic Fiction and Comic Art (Lancaster University in association with LICAF). Benoît will offer his insight, knowledge and passion for comics to audiences throughout the Festival weekend in a style which is engrossing, inspiring and accessible.

Benoît was born in Paris in 1956. He published his first novel, Omnibus in 1976, followed by his second, La Bibliothèque de Villers, in 1980. Since then, he has published over 60 works on a wide variety of subjects.

An expert on Hergé, he brought out Tintin and the World of Hergé and Hergé‚ Son of Tintin (Johns Hopkins University Press). He has also written essays on Alfred Hitchcock, Paul Valéry, Rodolphe Töpffer, Jirô Taniguchi and Chris Ware.

His biography of French philosopher Jacques Derrida was translated into English (Polity Press) and six other languages.

downthetubes: What are you working on, comics-wise, right now, and when will it be published?

Benoît Peeters: I’m working on a graphic novel with the female artist Aurélia Aurita. The French title is Comme un chef and it will be published by Casterman in January 2018.

It’s an autobiographical story – I tell some of my experiences as a young cook, when I was a student.

downthetubes: Which comic project you’ve worked on are you most proud of and where can people see it or buy it? 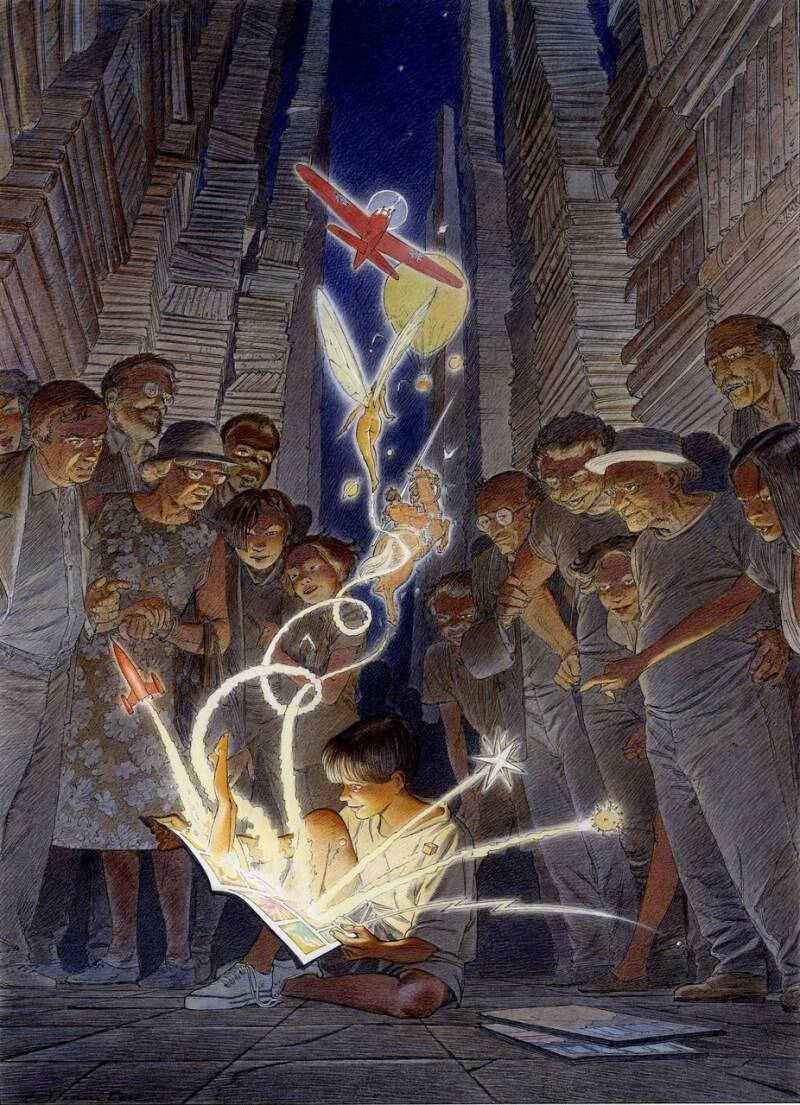 Art from The Obscure Cities project by Francois Schuiten

Benoît: The Obscure Cities with François Schuiten, especially The Theory of the Grain of Sand, recently published in the US by IDW.

When I was 12, François Schuiten was one of my classmates. He was drawing as much as I was writing. We became friends right away. A few months later, we created a small newspaper in our school and we’ve published 15 graphic novels together since 1983 and we are still working together today. 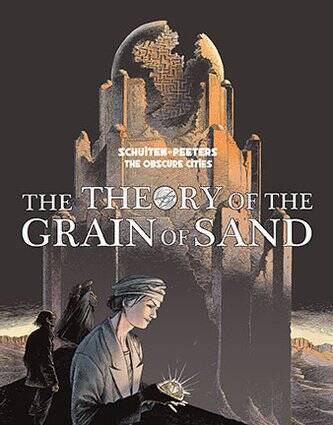 The Theory of the Grain of Sand, the first Obscure Cities story to be published in English, is an incredible story, originally produced in two volumes. Alaxis Press has released the book in a single volume. With the release of this book, the entire Obscure Cities series of key titles will have been released in English and Alaxis Press will now focus on revising earlier titles and taking on some of the ancillary titles.

Benoît: I don’t really plan my days. Each day is very different.

downthetubes: What’s the best thing about being a comics creator?

Benoît: The best thing about it is the great freedom. And the friendship with the artists I’m working with.

downthetubes: And the worst?

Benoît: The worst one is endless doubt. I have always the fear to miss a better idea.

downthetubes: Do you think it’s easier or harder for young comic creators to get published today? Benoit: Unfortunately, it’s much harder to make a living of it, at least in France.

downthetubes: Have you ever been to the Lake District before and if so what did you think of it? If you haven’t, what are you expecting?

Benoît: I’ve been to the Lake District twice before. I really like the Festival, but I hope to have enough time to discover the beautiful landscapes.

downthetubes: Which one comic creator would you most like to meet, and why?

Benoît: Rodolphe Töpffer: he invented the language of comics. Unfortunately, he was born in 1799 and died in 1846. I would also have loved to meet Winsor McCay (1869-1934), the creator of Little Nemo in Slumberland. But I was lucky enough to meet Hergé, the creator of Tintin.

downthetubes: How do Festivals and other comics events help creators most, do you think?

Benoît: It’s a great moment to discuss with other artists… and to meet your readers.

downthetubes: What one piece of advice do you offer people looking to work in the comics industry?

Benoît: Be yourself. Believe in your talent and you own creative possibilities. Don’t care too much about comics industry.

downthetubes: What’s your favourite comic right now and where can people get it?

Benoît: There are so many comics artists that I love, but my favourite is Chris Ware, the author of Jimmy Corrigan and Building Stories. downthetubes: Benoît, thank you for your time and we look forward to catching up with you in Kendal!