Tintin writer: ‘Copyright has always been a battle’ 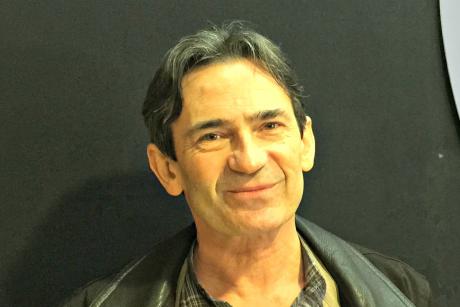 For Benoît Peeters, copyright is a constant battle. The comics writer told EurActiv France how the system feeds authors’ creativity over the long term, whilst allowing them to retain moral authority over their work.

Benoît Peeters is a comics writer, the author of Tintin and the World of Hergé, and writer of the first biography of the philosopher Jacques Derrida

Why is the European Commission thinking of reforming copyright?

Copyright has always been a battle. It has always been contentious, ever since the days of Beaumarchais, never something to be taken for granted but always in need of protection. It is healthy for editors and authors to come out in its favour.

With the appearance of each new medium or technology, we witness another attack on copyright. That happened with the appearance of cinema, of television… but it is the profit principle that is problematic, not the new technologies themselves! Quite to the contrary, digital technology and copyright are highly compatible: computers can provide very precise tools for following the use of works or extracts from works.

Yes, there is a surprising alignment between the libertarians of the Pirate Party and the internet multinationals. This should be examined, particularly by the young people who are especially receptive to the Pirate Party's ideas. This alliance is interesting!

The big players of the Internet have absolutely no intention of sharing their profits with anyone else; they just want to maximise them. Their free content is not really free at all. Facebook and the others have gradually resorted to financed pages and advertising. The digitalisation of literature on Google Books is part of the same trend: it ultimately boils down to profits, not sharing.

If certain authors want to share their works freely, that is absolutely possible, but it has to be decided on an individual basis, case by case.

We should not confuse sport - the hidden issue in these discussions - with the distribution of cultural works: these are two completely different worlds, the economies are not comparable.

The question of crossing borders most often causes no problems at all: a book may be translated and sold abroad without the slightest problem. For films, it would be possible to organise simultaneous releases across Europe. There is no obstacle to that in the regulation.

What forces are at play from the two sides of the argument in the copyright debate?

I think a certain number of MEPs have still not fully understood the power of the lobbies on this issue. It's impressive! For every lobbyist for cultural works, there are about a hundred from broadcasting multinationals. The contest is one-sided, because the means are unequal. The Pirates are allied with the very people that will one day destroy them. It's the same thing that happens when Amazon offers an author a good contract. That feeds the idea of a direct link that will benefit everyone, authors and readers. But it will not hold up against the stranglehold of the distributors. They simply widen the gap: it's a well-known method of conquering market sectors.

What do the internet giants gain by fighting against copyright?

In the short term, it would allow them access to content on their own terms, which would increase their profits. But the strange thing is the short-sightedness of this view. In the long term it is the content that keeps them going by sustaining the audience's interest. If authors no longer have the money they need, the works will dry up and the internet giants will also suffer from the lack of content.

Well they are wrong. The creation of cultural works is a very long undertaking. Authors must be patient. Recognition often comes much later on. Think of Beckett. But copyright keeps a long-term, organic connection between an author and his work. That encourages him and gives him the means to continue creating. Thirty years ago, I wrote books that then helped me to spend three years working on a biography of Derrida that I would otherwise not have been able to do!

Does copyright exist to make sure authors get paid?

The system is weakened today; works tend to have too short a life-span, which devalues the authors' rights. But that is exactly why it is all the more important that the system allows authors to keep possession of their work. And it is just as important for an author to conserve the moral rights to their work: they have the right to monitor any derivatives, cinema adaptations, etc. They stay connected to their production.

Post-mortem copyright lasts for 70 years. Is that not rather long?

I am in favour of copyright for the lifetime of the author and for their heirs. Personally, I would be open to discussing the duration. 70 years is a long time, but we would need a real alternative. I like the idea proposed by Victor Hugo in the 19th century to create a modestly priced public domain, which would enable investors to buy rights in order to support cultural creation, starting with young authors.

Is the comic book sector under threat?

The unusual thing about comic books is that their authors are always professionals. Their pay conditions have suffered recently because of over-production. Average sales are in free-fall. The French language comic book market forms the cornerstone of the European sector. Italian and Spanish authors draw most of their revenue from the French market, which, along with the United States and Japan, is one of the world's three major centres of the comic book genre. This needs protection against piracy.

Original article by Aline Robert, translated from French by Samuel White, published at March 11, 2015. Read the whole story at EurActive