You are here » The Obscure Cities » Dictionary » AZF Toulouse

On 21 September 2001, an explosion occurred at the AZF fertiliser factory in Toulouse, France 1).

Three hundred tonnes of ammonium nitrate was stored in hangar 221 222. The entire factory was destroyed, making a crater with a depth of about 7 metres and a diameter of 40 metres. Steel girders were found 3 kilometres away from the explosion. The blast measured 3.4 on the Richter scale, with an estimated power equivalent to 20-40 tons of TNT. The explosion was heard 80 km away.Due to the acoustics of the hills and the large sound, the explosion was reported as occurring in multiple places. Police at first believed that at least five bombs had simultaneously gone off. There is still controversy over the exact number of explosions 2).

The factory was close to the city: one of the most inhabited areas, Le Mirail, is 1 kilometre away. Around ten percent of the inhabitants of Toulouse had to be evacuated. 3)

The disaster caused 31 deaths, about 30 seriously wounded, and 2,500 light casualties.Two thirds of the city's windows were shattered,

For the 20th anniversary of the disaster in 2021, François Schuiten made a drawing. 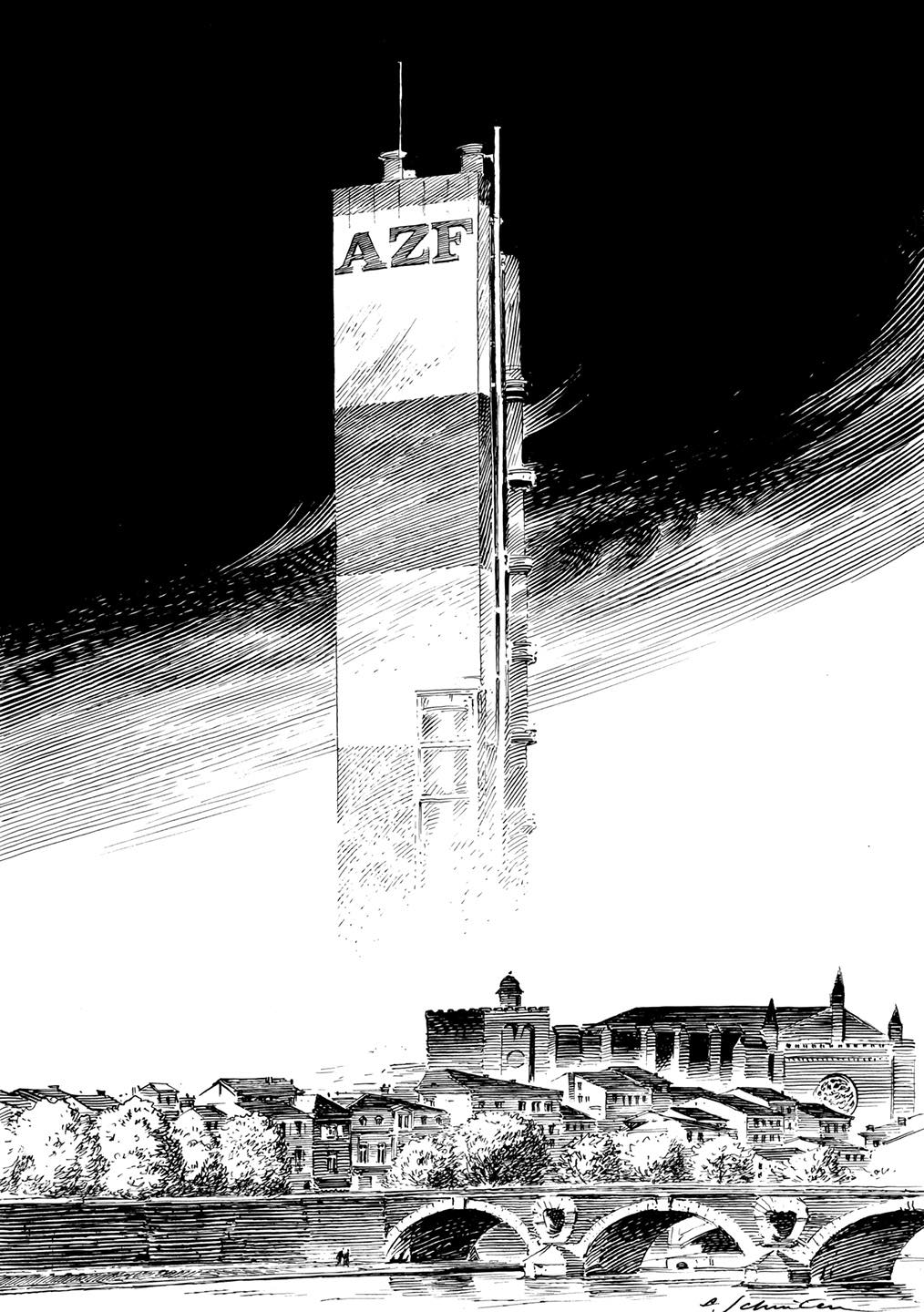