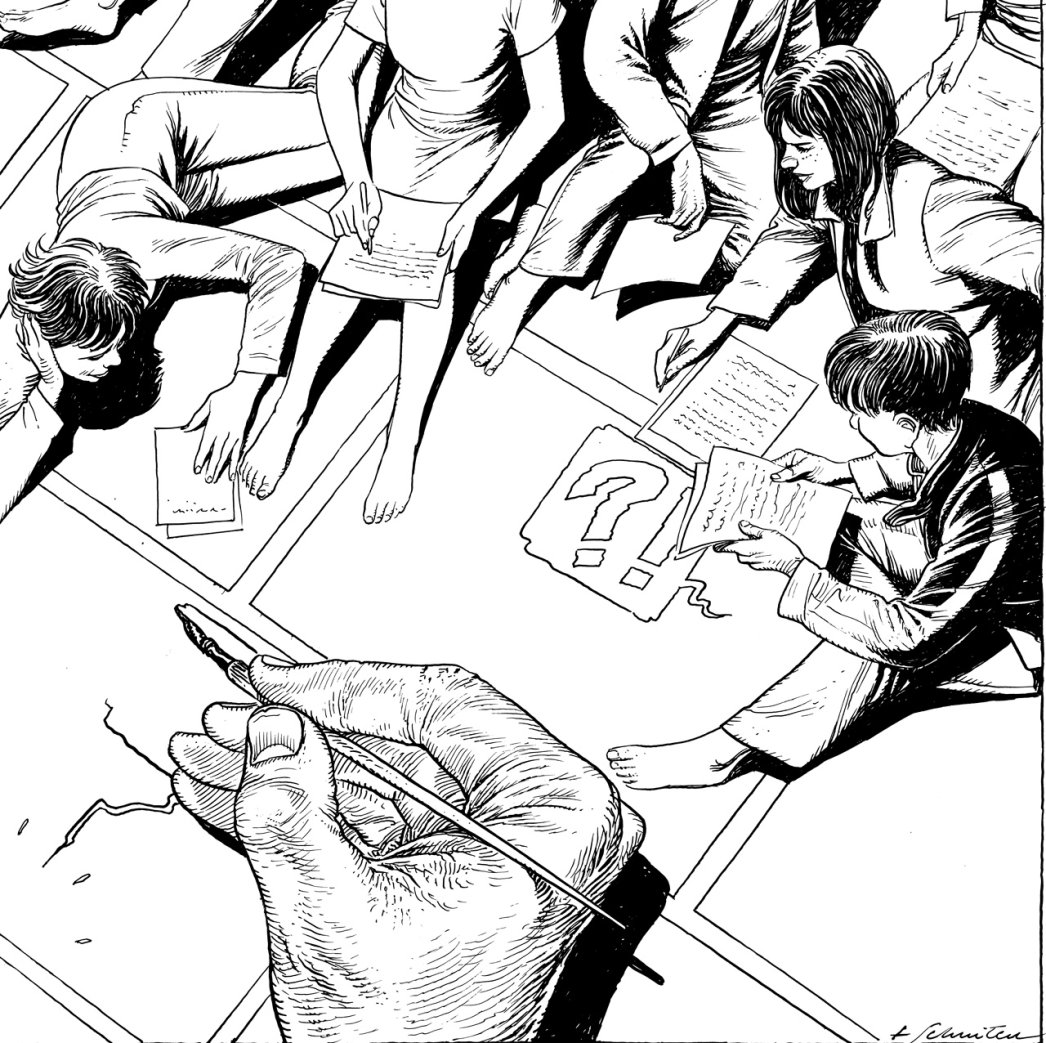 Poétique de la bande dessinée is a series of lectures by Benoît Peeters, as visiting professor at the 2022-2023 Chair of Artistic Creation at the Collège de France.

Comic strips, an art form that appeared in the 19th century shortly before cinema, have been expanding rapidly for nearly twenty-five years, with France making a significant contribution as the third largest producer in the world 1).

The vitality of comic book creation is characterised by an artistic diversity that has given rise to new and demanding forms. A major cultural practice among the French, especially the youngest, reading comics is often the first time they read alone and is therefore an essential tool for learning. Within the market, comics are also a real driving force, with strong growth (+46% in value and +34% in volume over the period 2010-2020), placing the segment in second place behind general literature 2).

The main objective of the Year of the Comic Strip, organised in 2020, was to increase the visibility of this form of artistic expression that is the comic strip and to give rise to new initiatives to promote it, while at the same time highlighting existing initiatives, including those on an international scale. The National Year of the Comic Strip was also intended to help change stereotypical representations of the discipline in order to strengthen its place in the artistic, cultural and academic landscape. It was also intended to be an opportunity to strengthen the crossroads position of the 9th art and to bring it into dialogue with other artistic expressions 3).

With the aim of increasing the recognition of comics as a heritage and an academic discipline, the Collège de France hosted a lecture on the history of comics, which was followed by three master classes given by major contemporary authors: Catherine Meurisse, Emmanuel Guibert and Jean-Marc Rochette, in dialogue with professors at the Collège de France. The installation today, in the context of reading, a major national cause, of a 2022-2023 chair of artistic creation dedicated to comics is a concrete expression of this desire to give academic legitimacy to the 9th art. 4)

Besides the inaugural lecture as professor, Benoît Peeters will give 8 lectures. 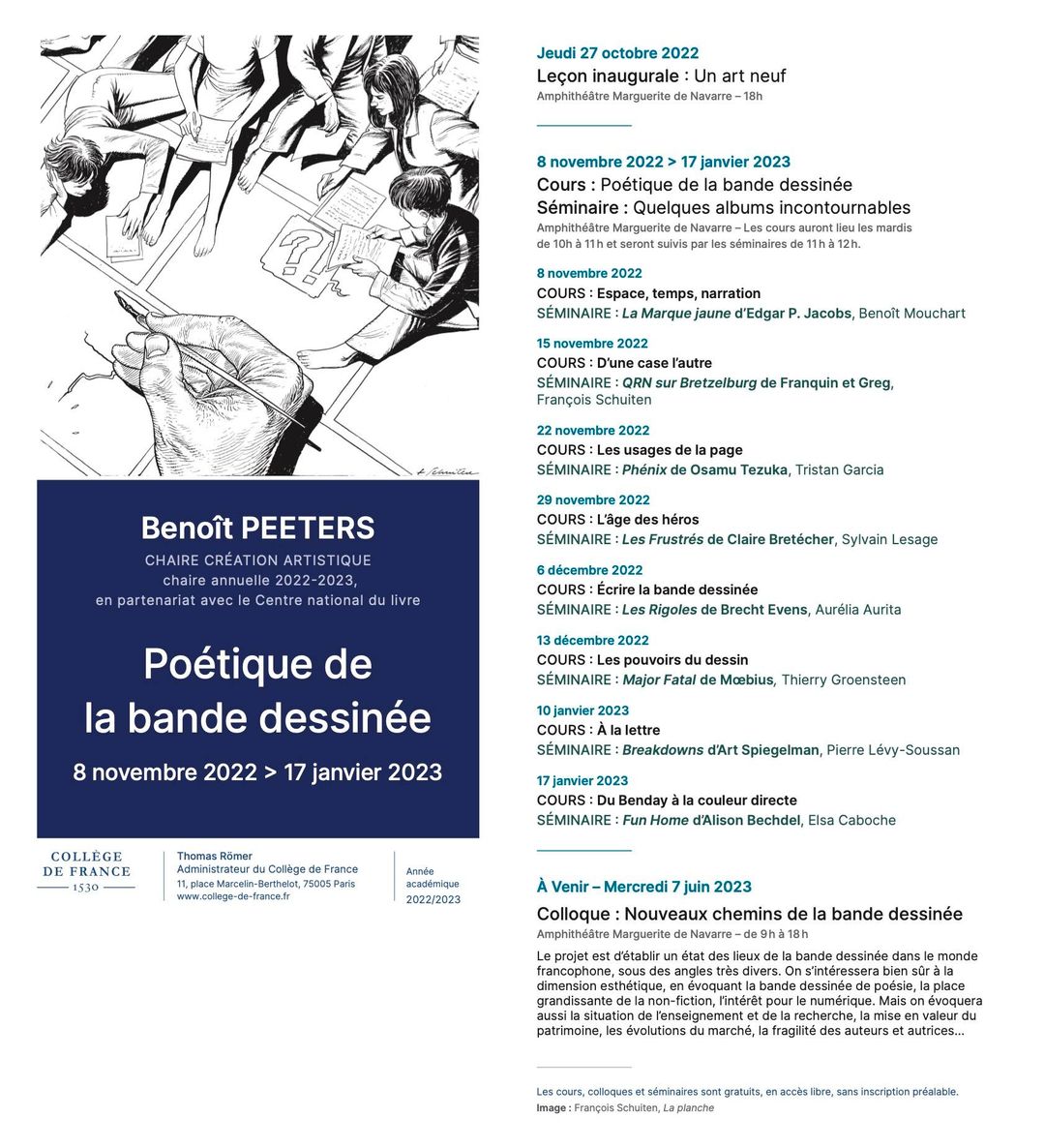 
"QRN on Bretzelburg" by Franquin and Greg

Tuesday, November 15th 2022 François Schuiten presented “QRN on Bretzelburg” by Franquin and Greg, during the second half of the lecture by Benoit Peeters.

Benoît Peeters posted 6) the following pictures of the lecture.

Collège de France has pubished a press dossier about the appointment of Peeters and his lectures.