Paris, Tuesday evening November 18, 2014 around 6pm. It is a cold and rainy evening. Most of the people rush home and only a few tourist are there to enjoy the view on the Eiffel Tower. The lights in the museum Cité de l'architecture et du patrimoine are still on. It will be an important night for the museum as three new temporally exhibitions will have their official opening this night. 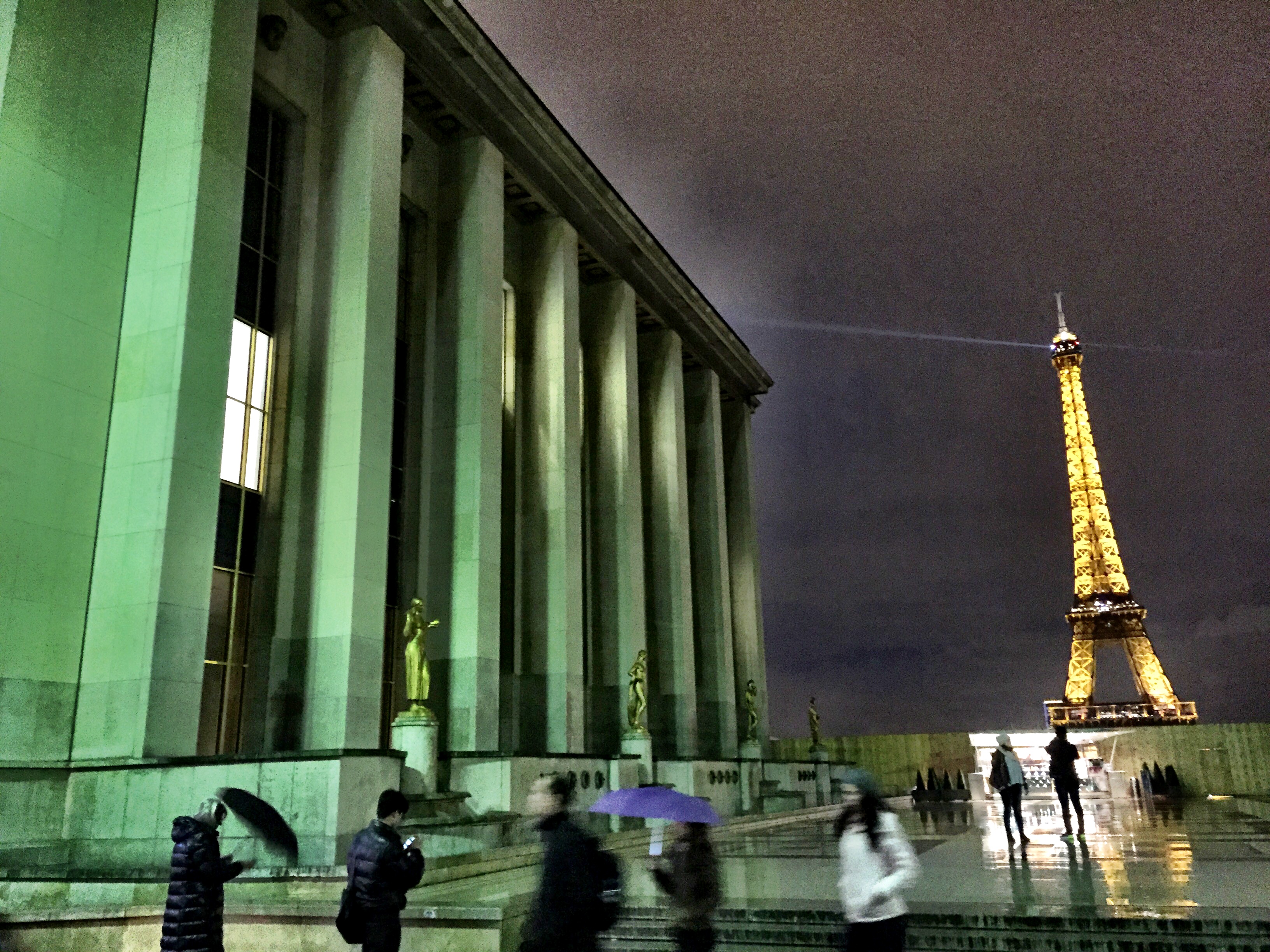 The three exhibitions are:

The lobby of the museum is crowded by people who are invited to this opening night. Bags are checked, coats stowed away and people warm up before they continue to the exhibitions. Revoir Paris, the exhibition curated by François Schuiten and Benoît Peeters is situated in the basement of the museum. 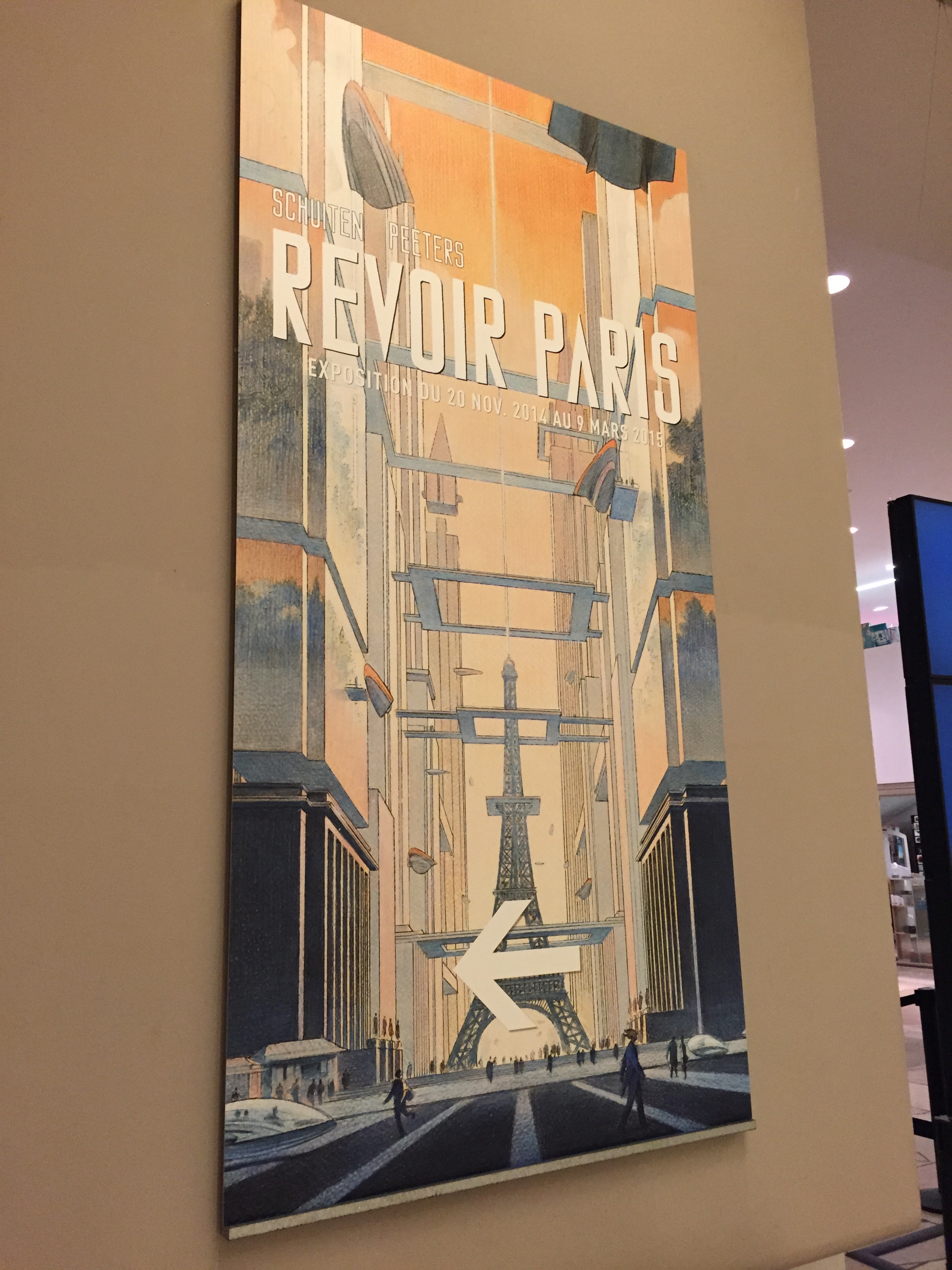 Just before the entrance you are welcomed by two huge blowup wall images of the new album Revoir Paris. 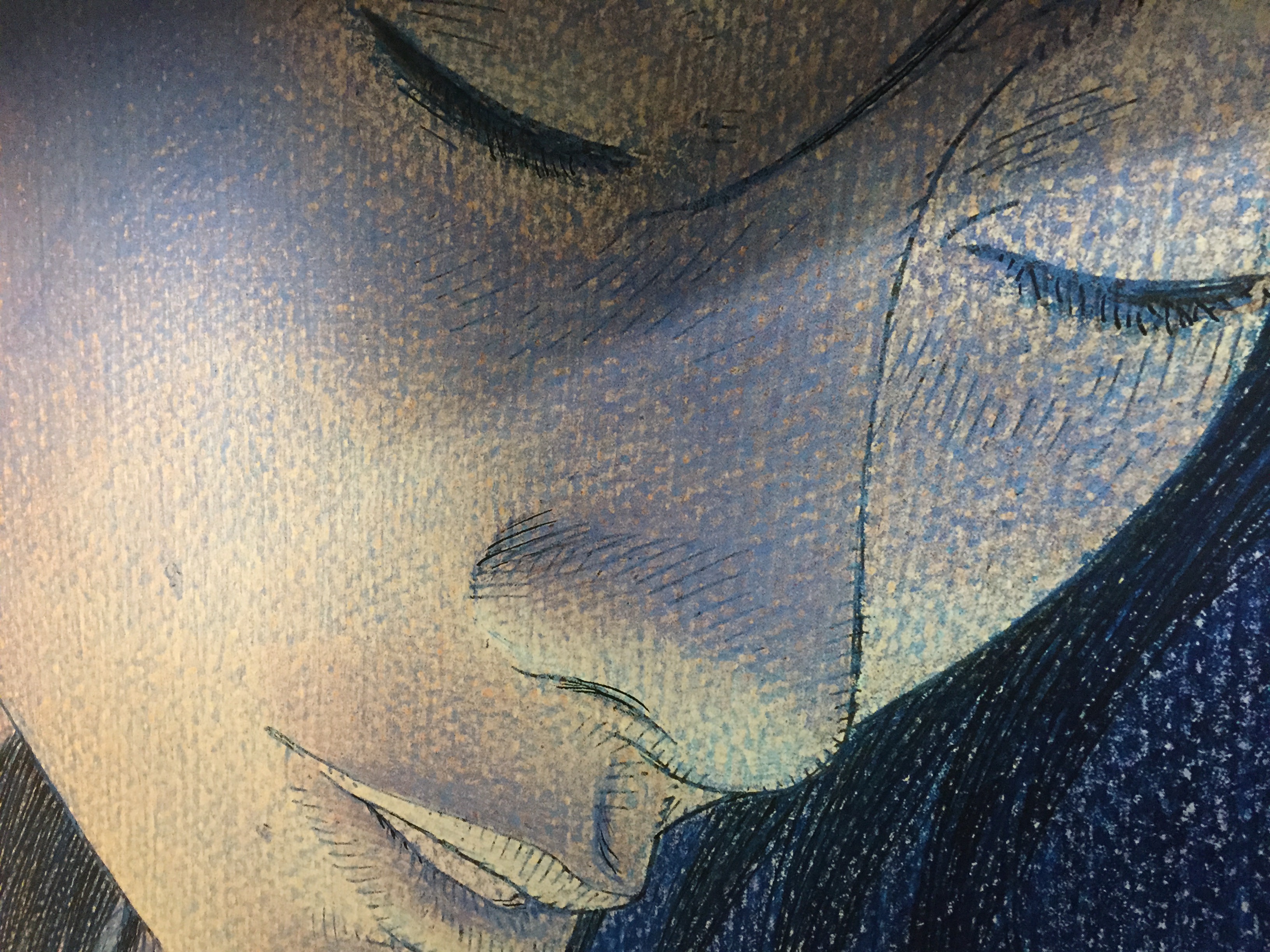 At the start of the exhibition François Schuiten and Benoît Peeters explain their goal:

The comic book has always had close links with architecture. But in the album series Les Cités Obscures, we gave it a dominating role. Playing with the signs of yesterday's modernity, we presented a world in the past future in which urban fabrics and temporal layers are intertwined. Paris appears in them under the name Pȃhry, alongside imaginary cities like Samaris, Urbicande and Calvani.

Our new comic book, Revoir Paris, is even more prospective. The story takes place in the middle of the 22nd century. The heroine, a young woman named Kȃrinh, has always lived in a remote space colony. Defining herself as a utopiomaniac, she recreated the City of Light from images as fragile as they are contradictory…

The exhibition's aim is to hold a dialogue between our work and the projects of architects and urban planners created over the last two centuries. Horeau, Perret, Le Corbusier and many others attempted to reinvent Paris pragmatically and provocatively. A journey to the land of possibilities, Revoir Paris is the occasion to freely dream about the capital's future.

About 1300 people attended the first opening night. From friends and family of the authors, fellow authors like Phillipe Geluck and Laurent Durieux to many others like Benoît Mouchart or Joseph le Pedriel. 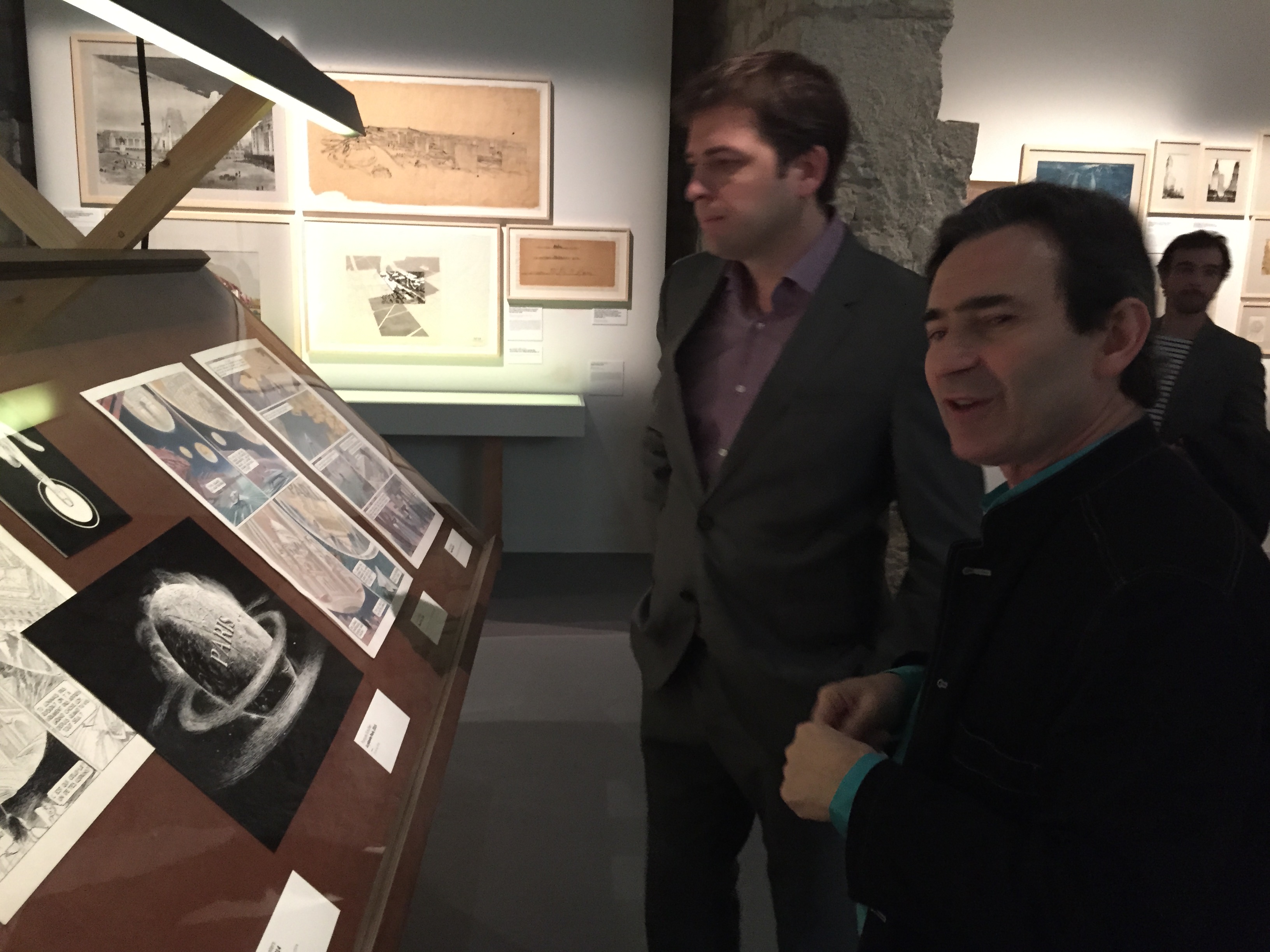 The exhibition was layout with the artwork of François Schuiten in the center and the document and visions of Perret, Le Corbusier, Horeau and many other surrounding it. 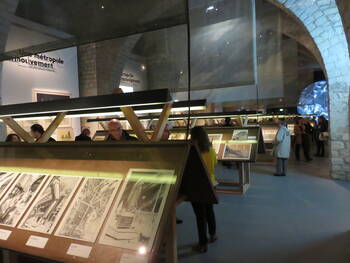 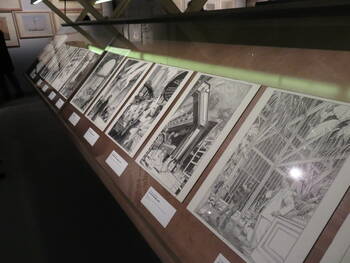 The art by François Schuiten showed the designs made for the Arts et Métiers metro station, pages from the album L'etrange cas du Docteur Abraham, the unpublished artwork for Grand Paris and pages of the new album Revoir Paris, some in black and white others in colour. 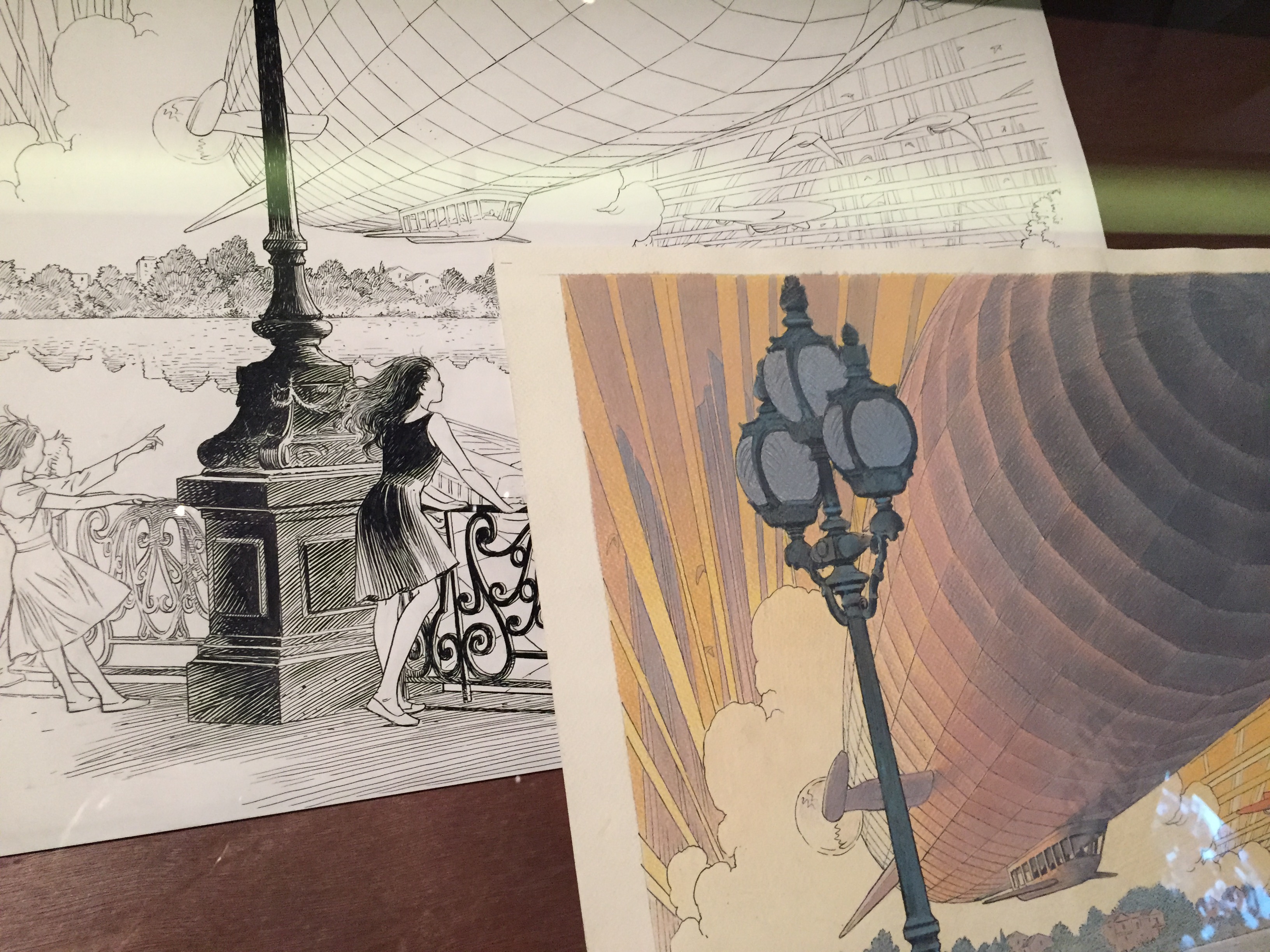 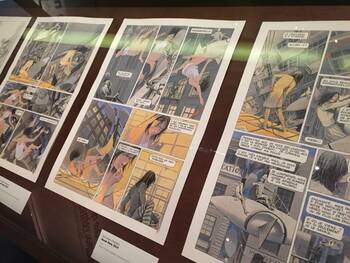 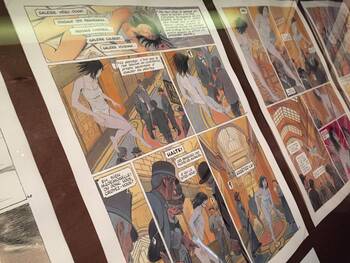 At the end of the exhibition we are presented several visions on Paris by Odile Decq, Régine Robin, Toyo Ito, Jean Nouvel, Erik Orsenna, Christian de Portzamparc, Philippe Rahm and Philippe Simay. Speaking in silence from the dark background, with their texts like balloons above their head. 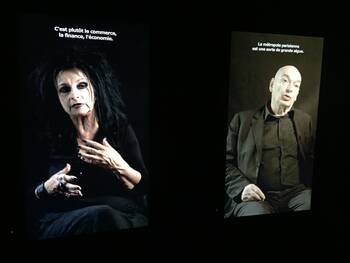 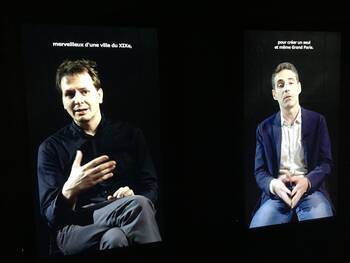 The final center piece was the interactive 3D model of Planet Paris by Schuiten and Dassault Systèmes. 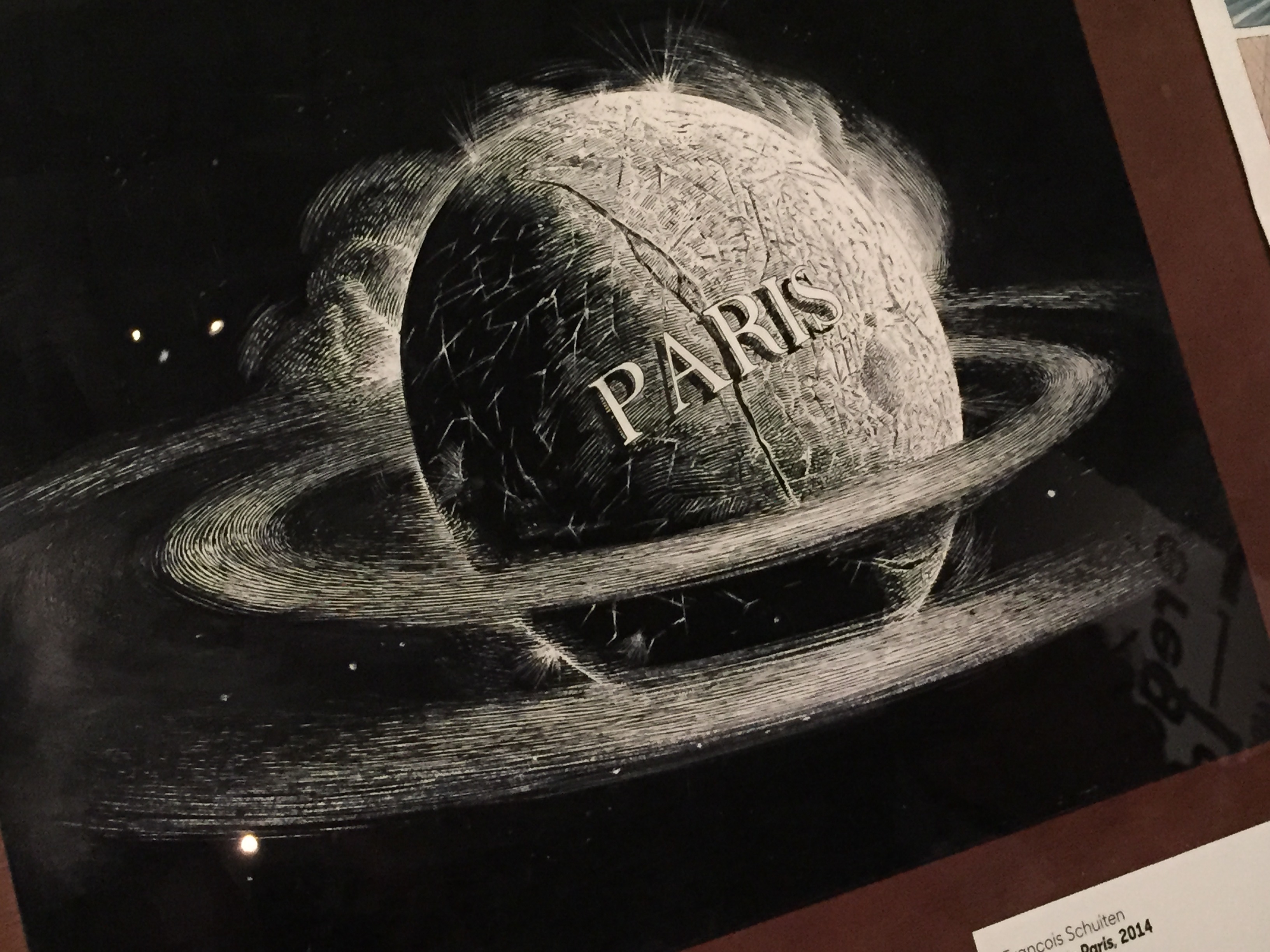 The Revoir Paris exhibition got a lot of attention. 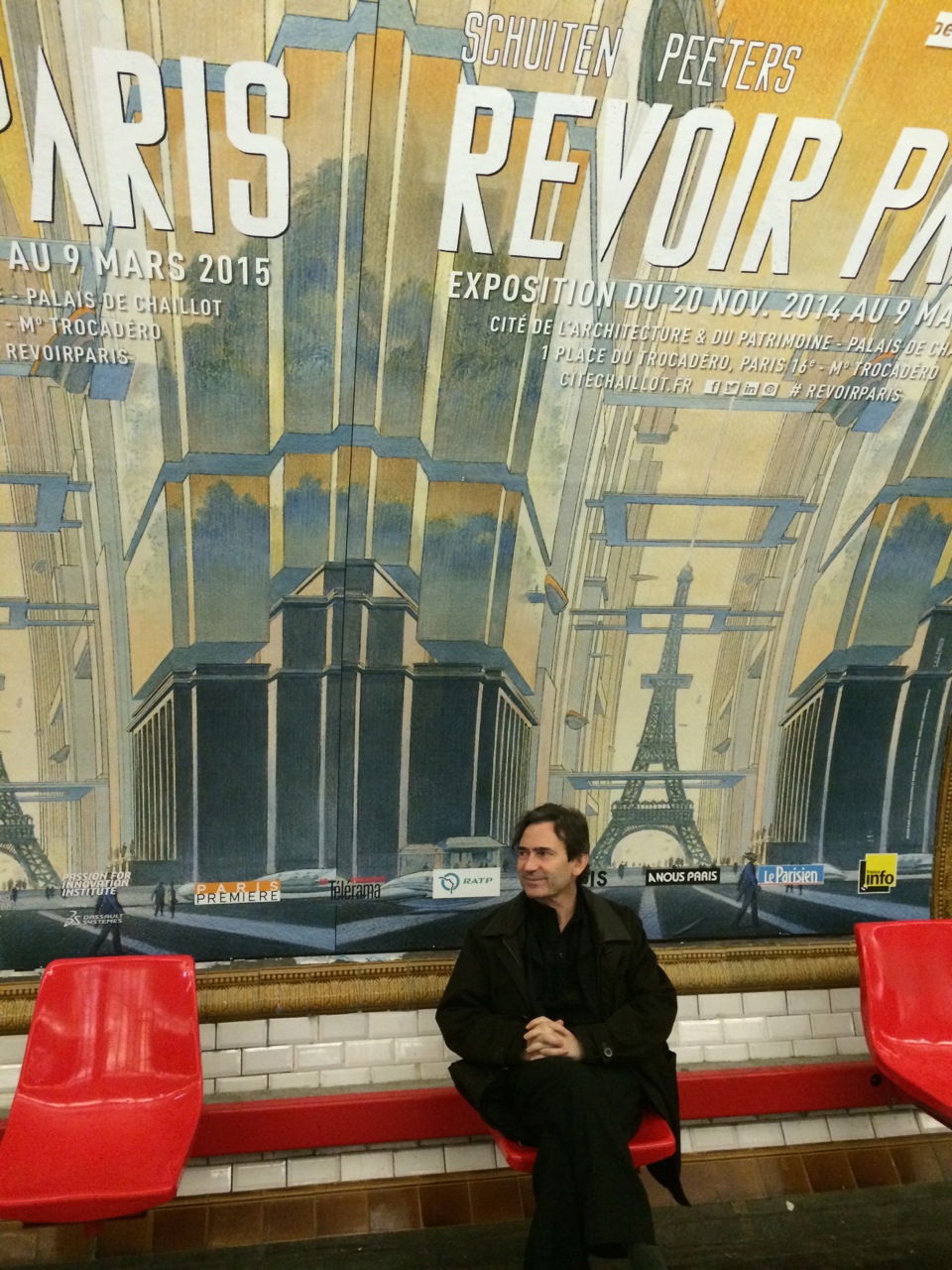