The exhibition Machines à dessiner was opened on October 24, 2016. In the afternoo there was a press meeting. François Schuiten, Benoît Peeters and the press visited Gare du Nord, metro station Arts et Métier and of course the exhibition itself.

Alexandre Sim 4) made a video when François Schuiten was drawing a monster during the press meeting. It was the same kind of monster he used to draw during the VR session later that night.

The opening event was held in the evening of October 24, 2016. People could see the exhibition and meet the authors François Schuiten and Benoît Peeters.

Many people took the opportunity to draw.

The exhibition was officially opened with the words of Olivier Faron (administrateur général du Cnam) and Yves Winkin (Directeur Musée des arts et métiers). Also François Schuiten and Benoît Peeters were given the opportunity to say a few words. 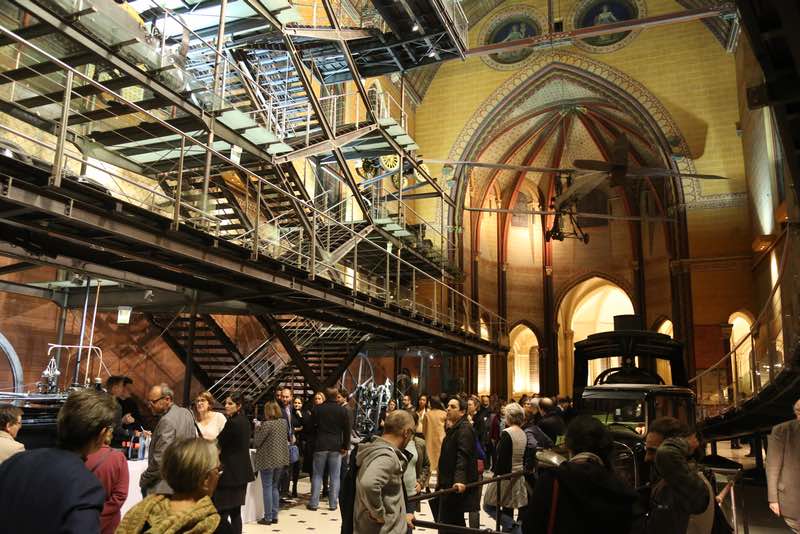 François Schuiten is always interested in new technology to try out. He was the first who used augmented reality in his La Douce album. A few days before the opening he tried for the first time to draw in virtual reality. This first try he made a monster. François repeated his effort during a 30 minutes demonstration at the opening night. The gear and software used was designed by the Emissive team.