You are here » The Obscure Cities » Events, Meet & Greets » On Mars - Ars Musica 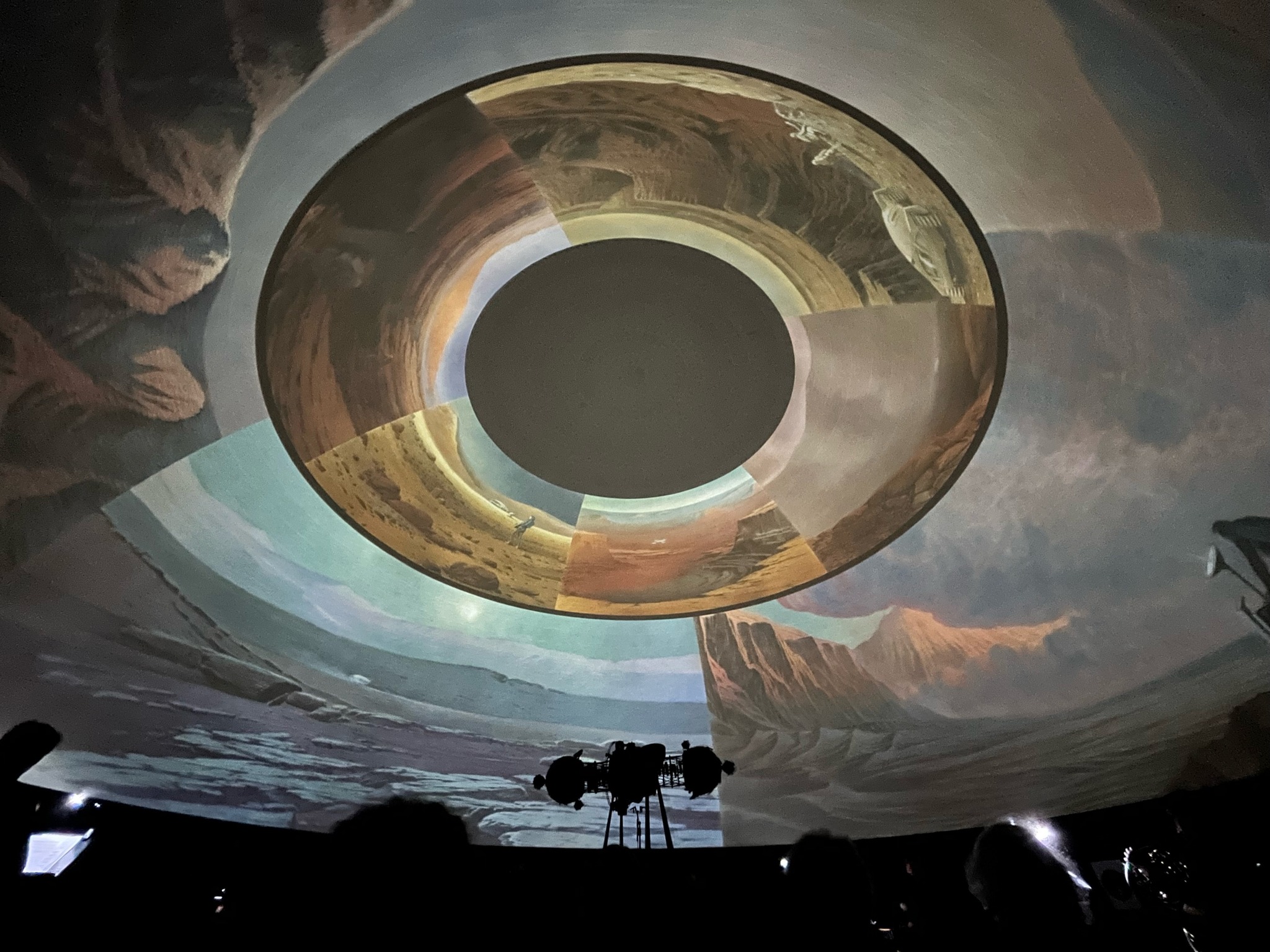 On Mars was a music evening at 19 November 2022 during Ars Musica.

“The journey into space and infinity, the cosmos… The ensemble Sturm und Klang, conducted by Thomas Van Haeperen, invites us to the Planetarium Hall on this voyage of discovery in an extraordinary spaceship of music and images. With arrangements by Stefan Hejdrowski,

Brian Eno's Apollo:Atmospheres and Soundtracks is presented in an unpublished version. Published in 1983, originally created for a film documentary by Al Reinert about the Apollo programme and constructed from layers of never-before-heard sound textures, Apollo remains an important composition of ambient music. Brian Eno, from visual art and then experimental rock, is partly the inventor of it. 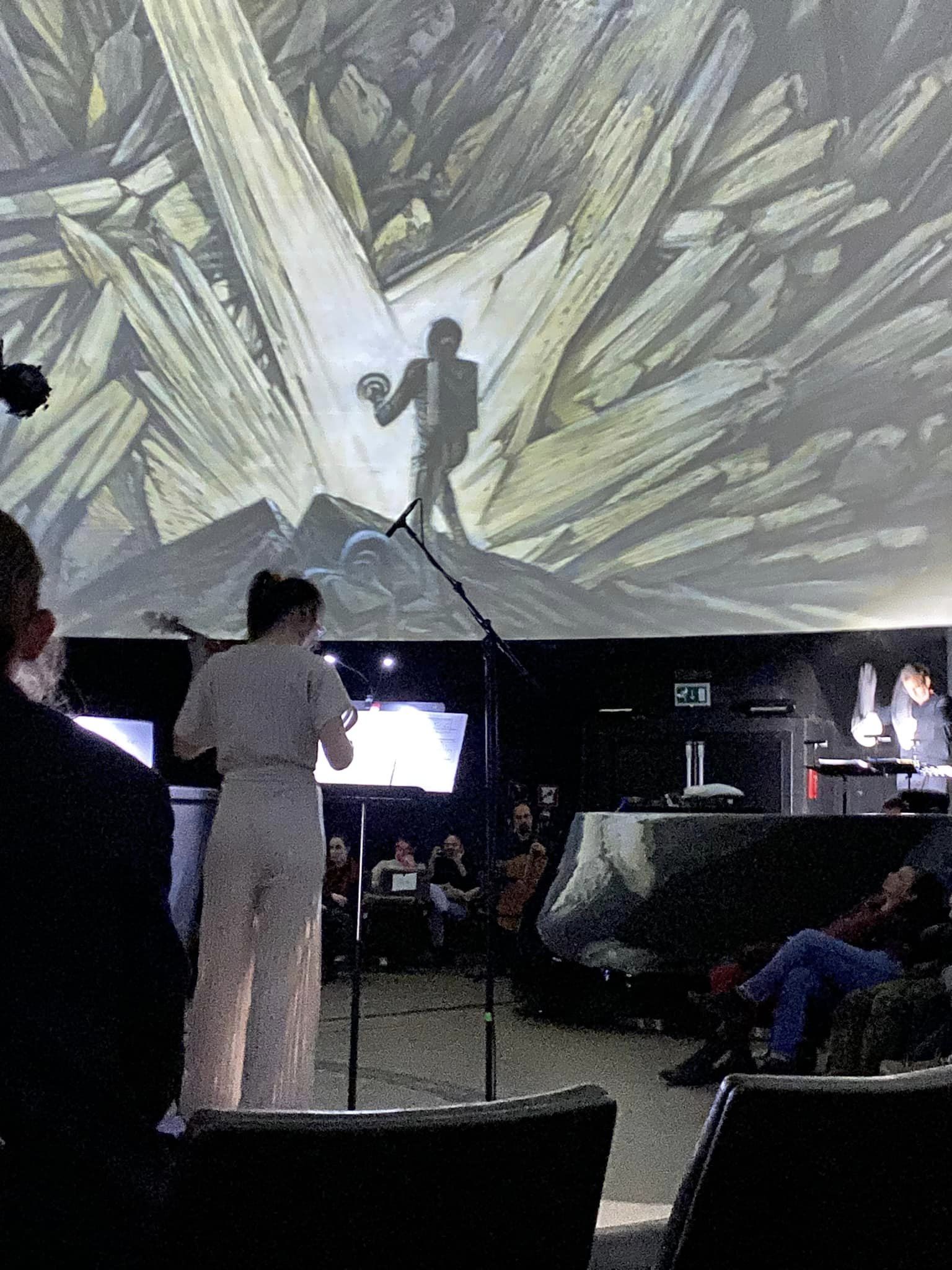 Alongside this work, the Concerto for violin and orchestra, a creation by Denis Bosse, will be performed by Annabelle Berthomé-Reynolds. Denis Bosse, composer and scientist by training, charts a sonorous exploration of our different ways of listening with the seven-part cycle Les Champs de l'inaudible (2005).

Denis Bosse: It's a concerto that resonates with the cosmological background, the gravitational waves that come from the depths of the cosmic ages, and which are oscillations in the curvature of space-time produced by the most violent phenomena in the cosmos: the explosion of a star, the collision between ultra-dense neutron stars or the fusion of black holes. At first, the signal made audible by these gravitational waves seemed to me like a sound that the strings could imitate while the soloist-spationaut was travelling on them. It turns out that these gravitational waves are of the same order as some of the waves and sounds produced by animals on Earth, including whales, birds and bats. They also refer to the sounds of 'scratching', a technique invented by DJs, which consists of playing a vinyl record with short, rhythmic back-and-forth movements. All these sounds from the gravitational waves to the DJs are called “chirps”, for “chirping” in French. Thus, at the same time as the chirps of the gravitational waves, the soloist sounds the whole orchestra, a bit like the bat emits very wide chirps to detect its environment. A sound space is created that is connected to the cosmos, the Earth and non-humans! But the bat soloist is not only non-human, she is also a human DJ scratching the string orchestra, the brass and the vibraphone with grainy, rubbed and rolled sounds. This noisy space of human activity on earth competes with the other sounds of the world and the soloist cries out in despair to find humanity so lonely in the cosmos. “Chirps, scratches and tears” is the title of the concerto, a spatial rhapsody made of intuitive and free play between spaces, worlds, “multiverses” of all kinds. 1). 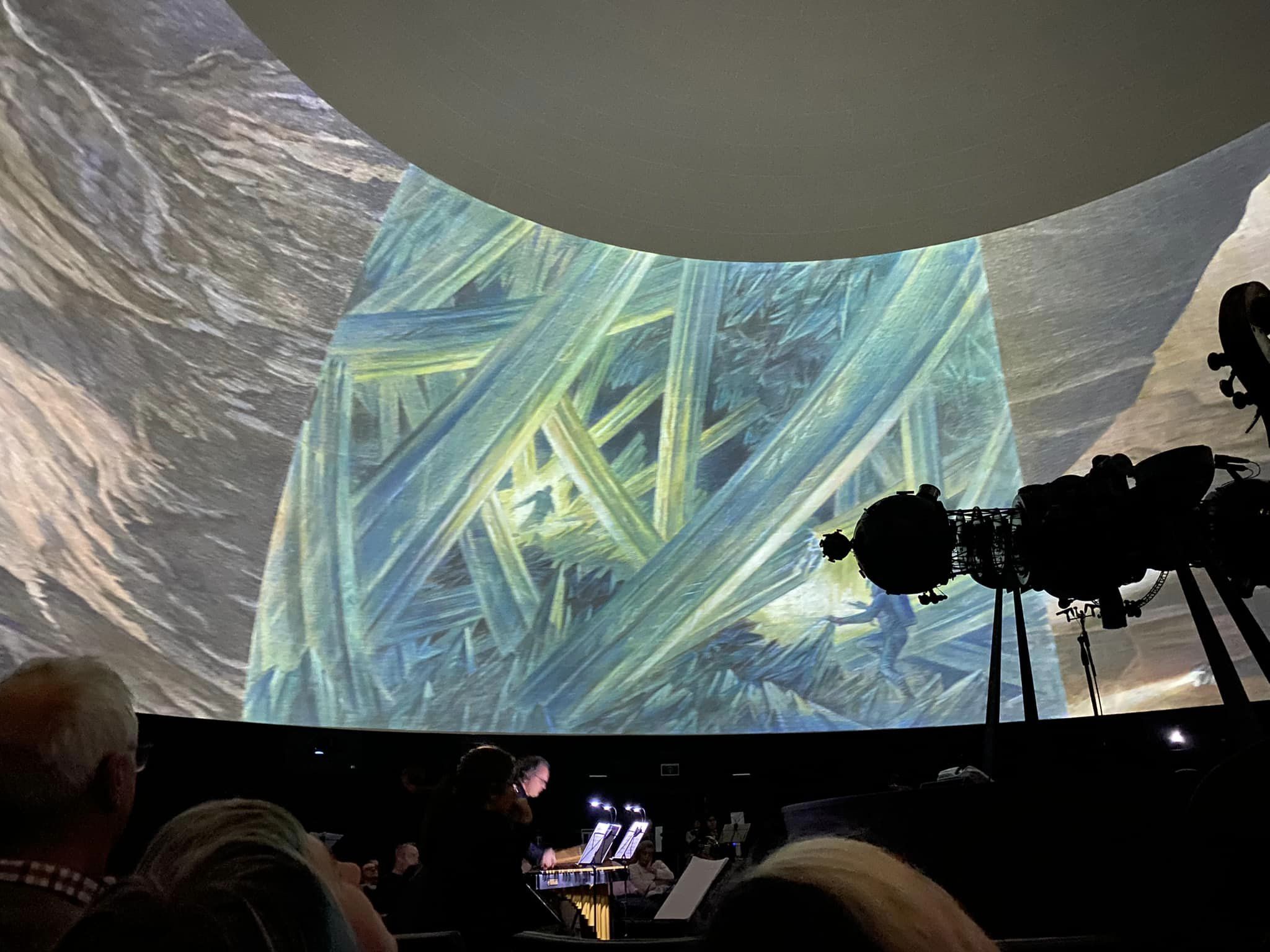 These spatial sound worlds are accompanied by projections of beautiful drawings from Travel Book: Mars by François Schuiten and Sylvain Tesson (Vuitton, 2021), an imaginary invitation to explore the planet Mars.”