The public institution responsible for the conservation and restoration of Notre-Dame Cathedral in Paris, in partnership with the Cité internationale de la bande dessinée et de l'image, presents an unprecedented comic book exhibition for all audiences that highlights the main operations of the cathedral's security project and the professions that have been mobilized 1).

Five comic book authors (Zeina Abirached, Adjim Danngar, Sandrine Martin, Mathieu Sapin and François Schuiten) were able to follow operations on the Notre-Dame security site. They have drawn large-scale plates on the forecourt of the monument since December 8, 2021 2).

The security work, costing 165 million euros, was completed at the end of the summer 3).

Five very different comic book styles have been displayed since December 8 on the palisade surrounding Notre Dame, at the forecourt. All his plates reproduced in XXL size talk about the security project that has just ended 4). 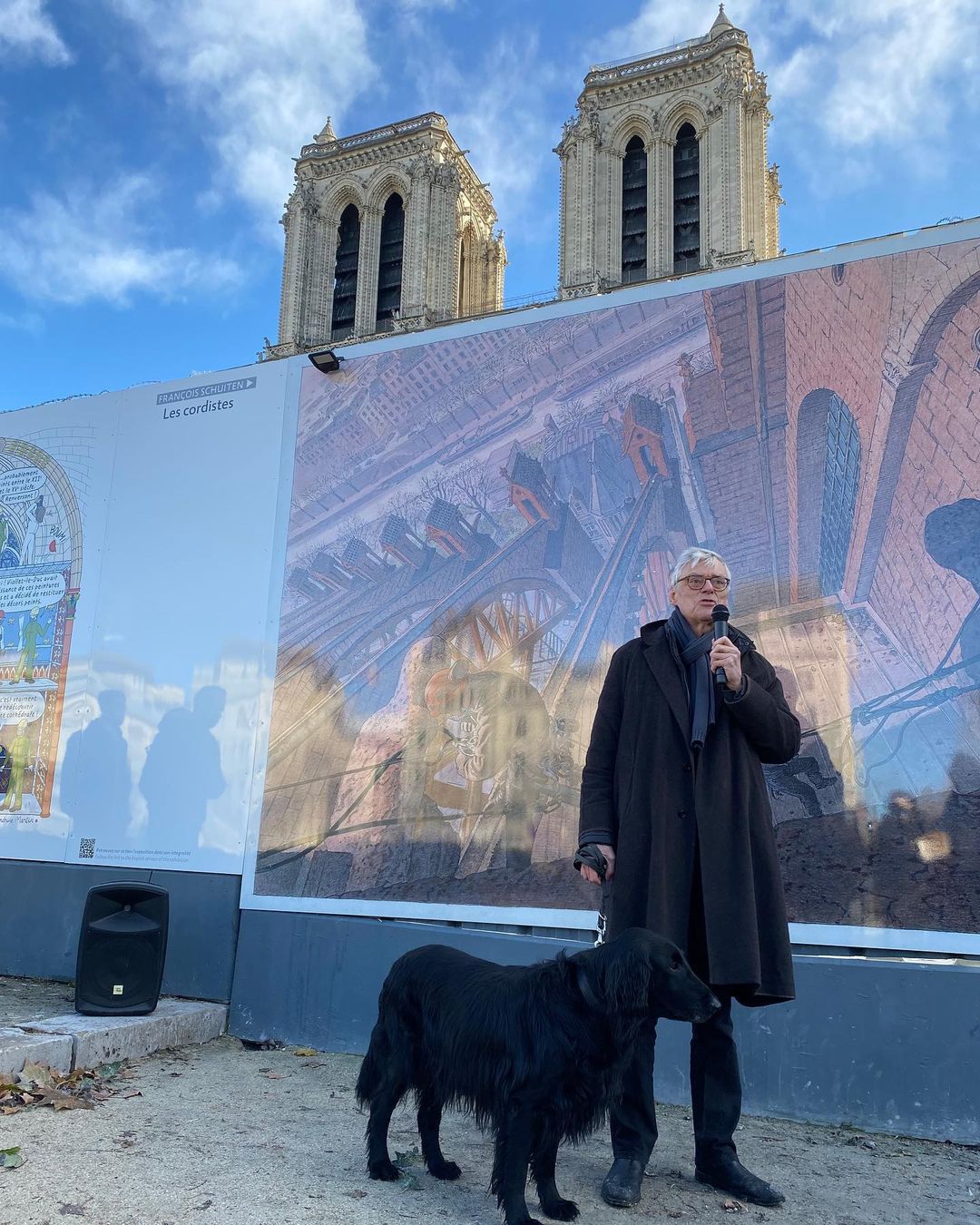 “Thanks to comics, we hope to be able to reach another audience, who would not spontaneously be interested in the construction site,” explains Jérémie Patrier-Leitus, Director of Cultural Programming at the Public Institution. “We have two missions, to restore the cathedral for 2024, and to promote heritage professions, to mediate.” The exhibition was set up in partnership with the Cité internationale de la bande dessinée et de l'image d'Angoulême 5). 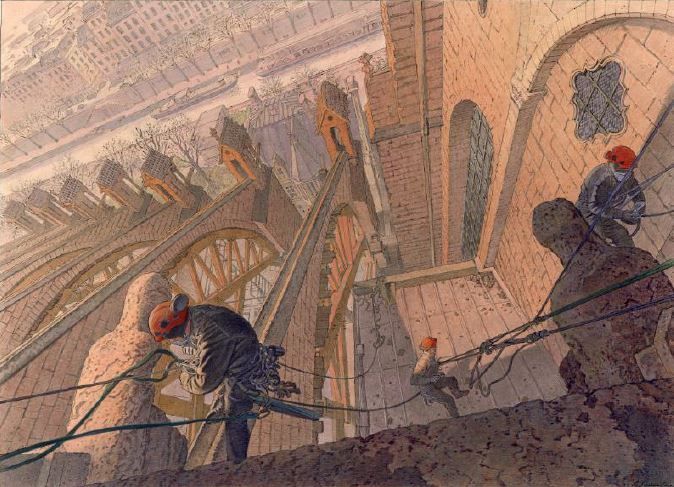 François Schuiten was fascinated by the ballet of ropers. “I arrived when they finished their mission, they were very proud. And I found their choreography superimposed on the monument very beautiful. On the site, you could have very special angles of view on the monument. But I also documented myself a lot to make my drawing. I would now like to continue the work, following the craftsmen, not necessarily to make it a comic book, but a book.” 6).

The following photos of the event were posted by Stéphane Dreyfus 7), citebd 8), Bixente Etcheçaharreta 9), Céline Calvez 10)and Jean-Charles Tréhan 11).