Labyrinthes du rêve is an exhibition about the art of Francois Schuiten by Expressions 55 in Bar-le-duc between July 1 and October 31, 2022 at Espace Saint-Louis 1). 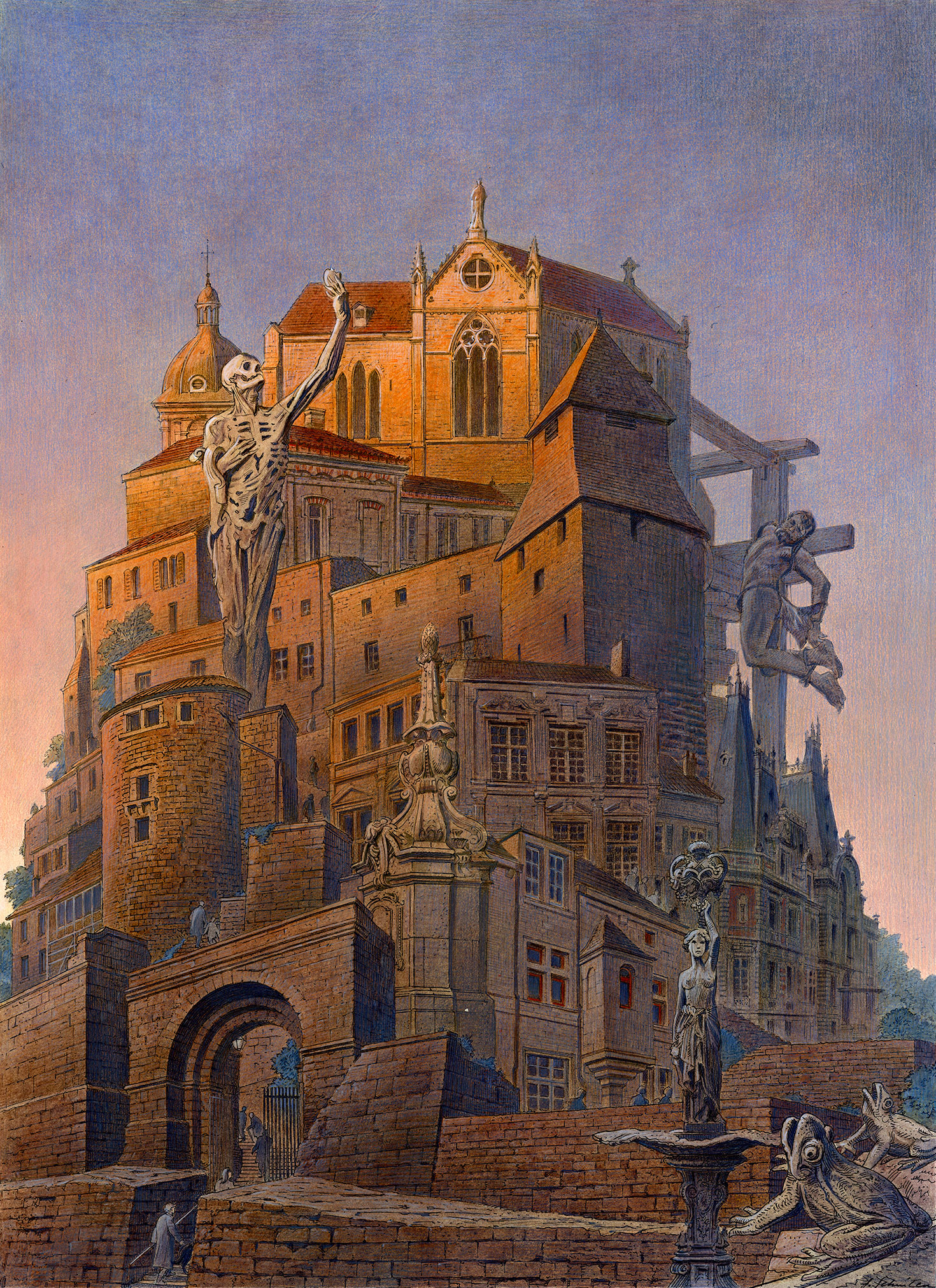 The Bar-le-Duc exhibition will offer about sixty original drawings (some of which were shown for the first time) in a journey around architectural drawing. François Schuiten's gaze will take the visitor into an imaginary world that should help him better see the architecture that surrounds him.

Francois Schuiten will also make a drawing for the announcement poster.

Expressions 55 is a Meusian association started in 1987 2). Today Expressions is an actor in cultural animation in the Meuse. Expressions 55 create audio-visual creations, theatrical creations and photographic creations.It also organises contemporary art exhibitions in the chapel of the Ville-Haute: Espace Saint-Louis 3). 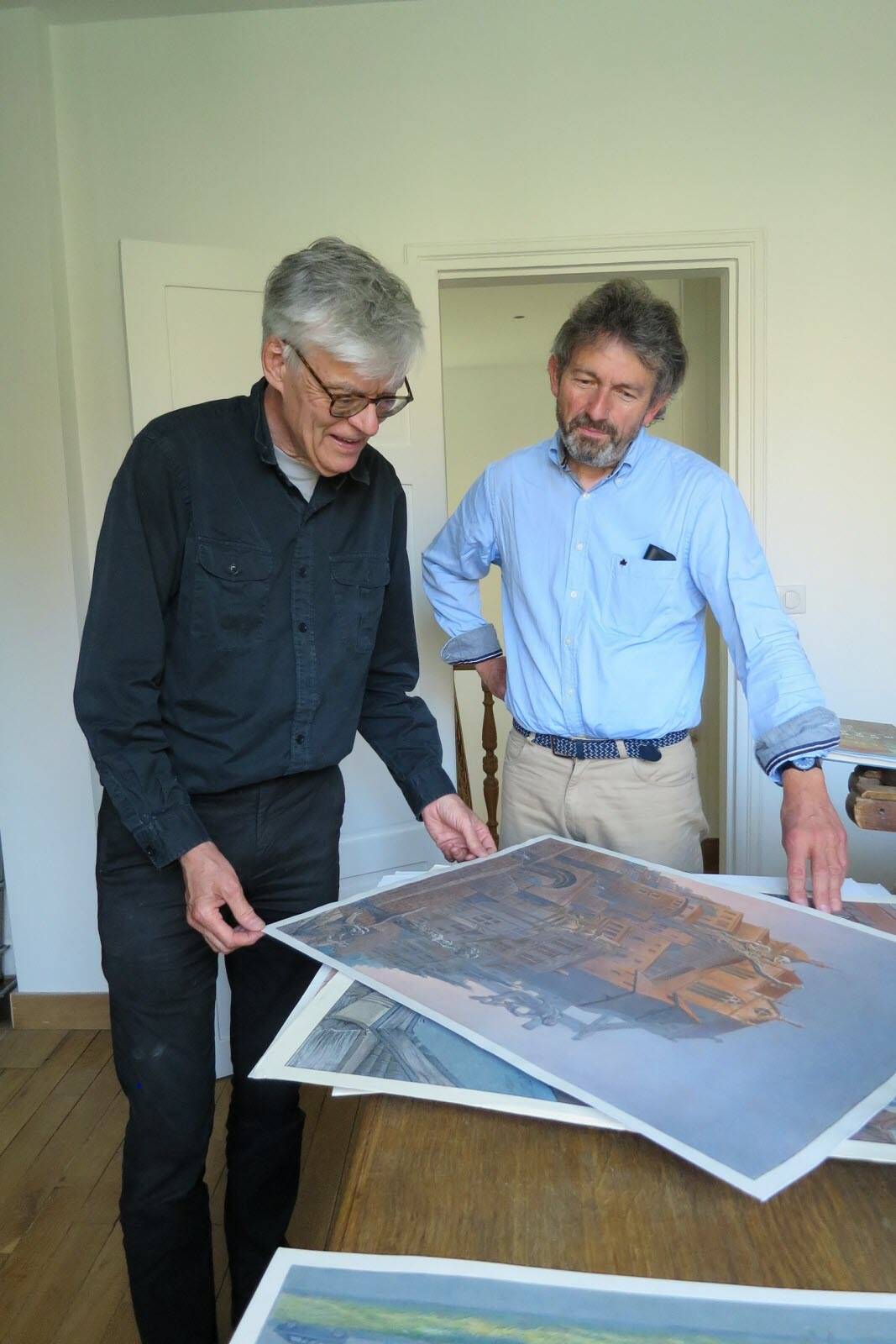 In his studio in Paris, François Schuiten shows Philippe Lerat, curator of the exhibition, the work he has just produced for the exhibition that will be devoted to him in Bar-le-Duc. Photo ER /DR 4) 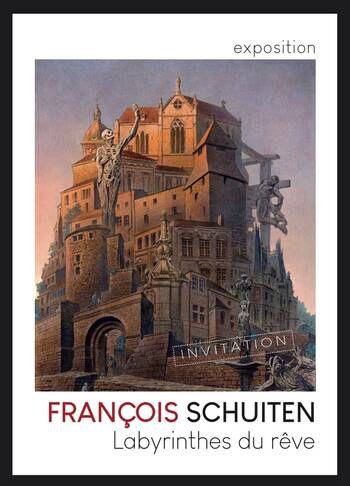 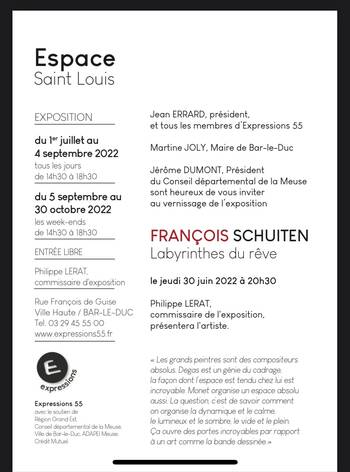 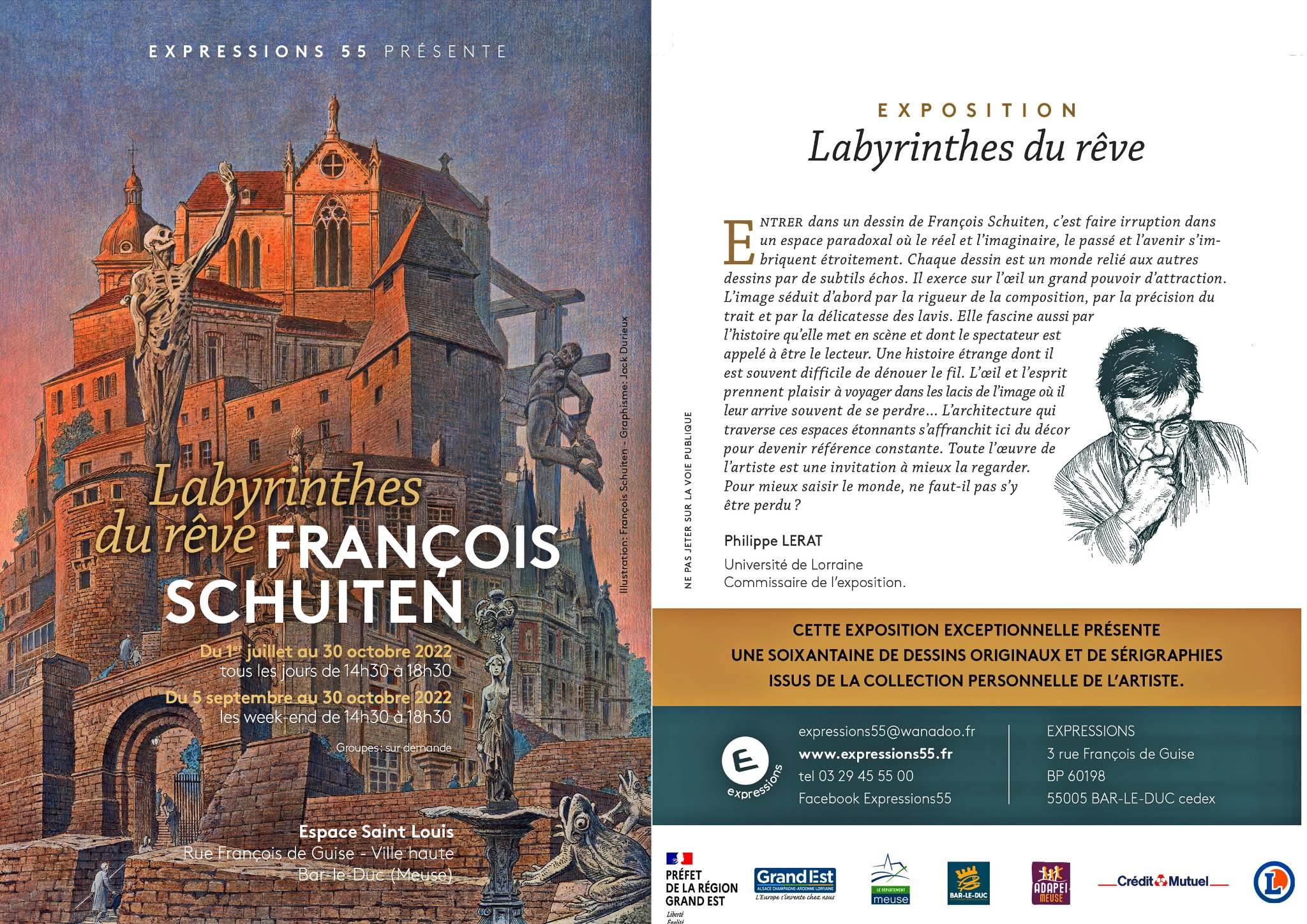 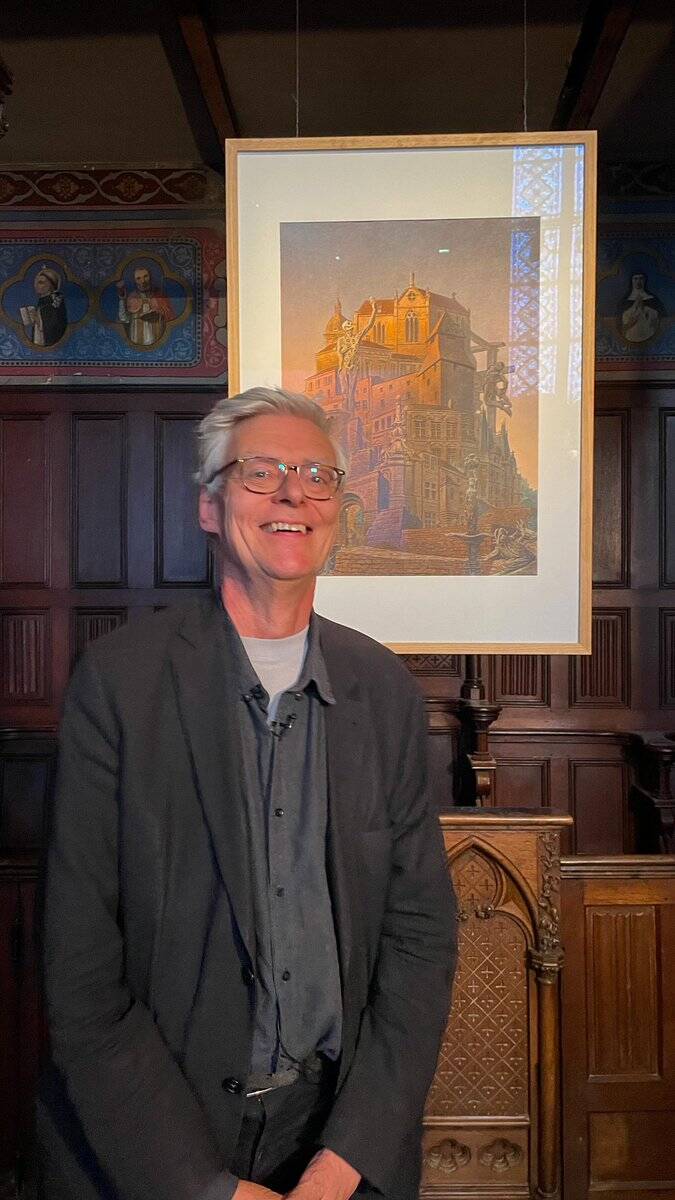 
Kamel Mad made the following video of the exhibition 7).

Francois Schuiten is never satisfied with the end result of his drawings. He enhanced some of the artwork that will be on display in the exhibition. 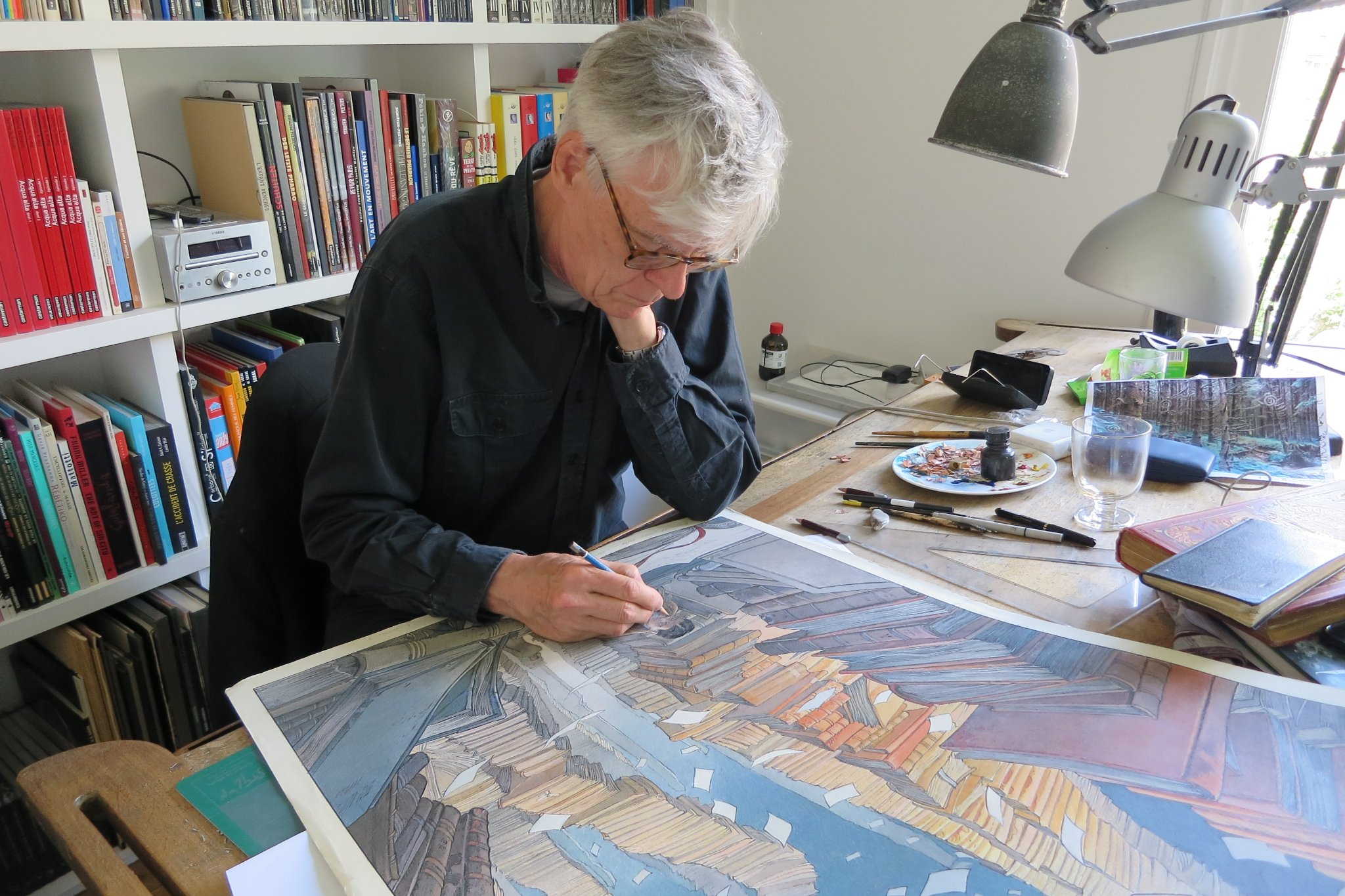 Some details of the artwork by François Schuiten that will be displayed in the Labyrinthes du rêve exhibition. 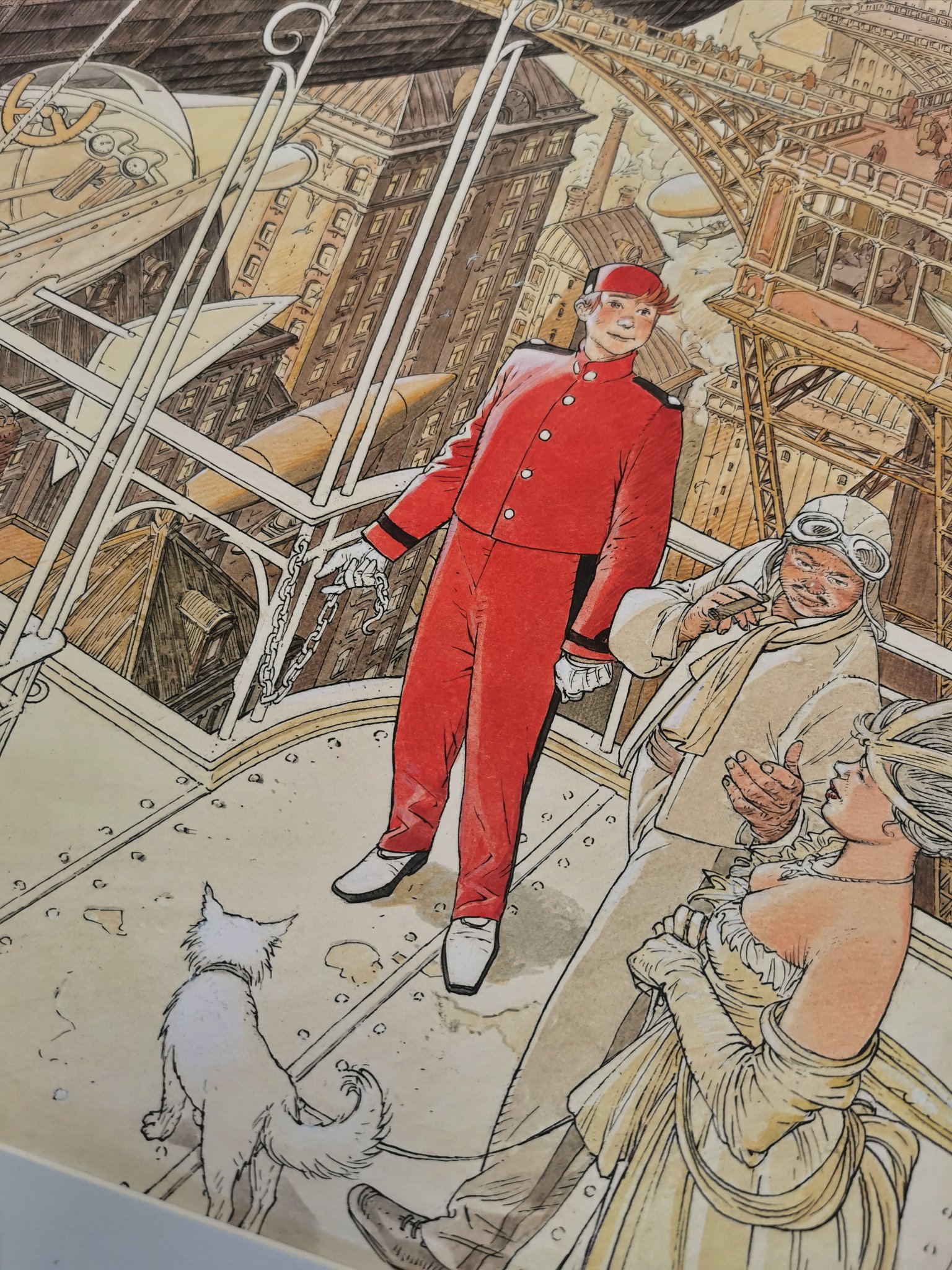 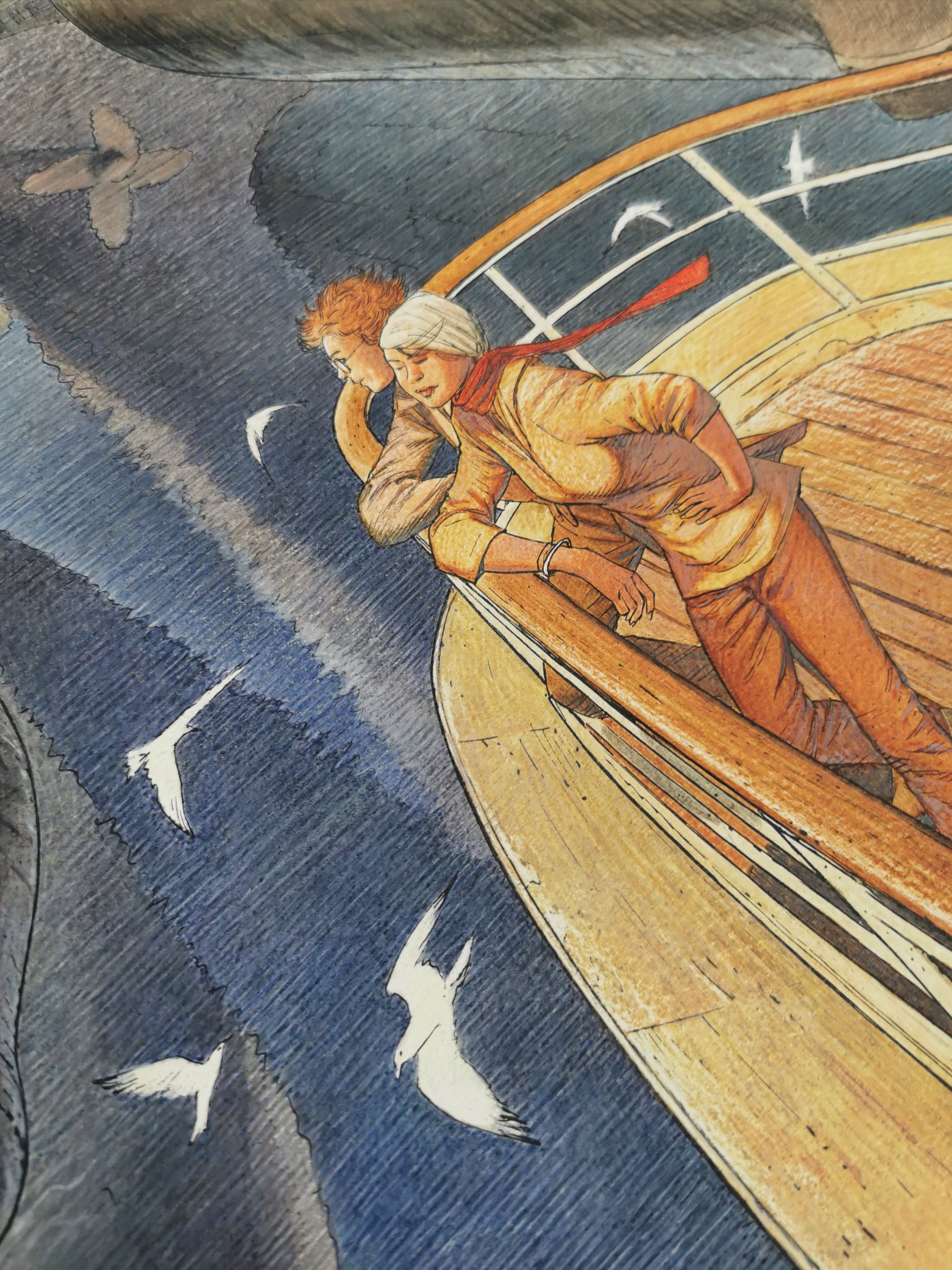 Francois Schuiten made a new drawing for the exhibition featuring landmarks of Bar-Le-Duc. It was one of the requirements of Schuiten to work on this exhibition.

Philippe Lerat: “It was precisely to create it that he came to Bar-le-Duc. It was in his workshop that he designed this design so characteristic of his style. Where are the “Transi” of Ligier-Richier, one of the thieves of Saint-Étienne Church, Gilles-de-Trêve College, the Fountain of Birds… “The buildings are from surprising angles. It is enough to analyze it carefully to understand the title of the exhibition: “Labyrinths of the dream”, to which the master subscribed among several proposals. “All Schuiten's images are labyrinths, you get lost in them when you look at them. 8)” 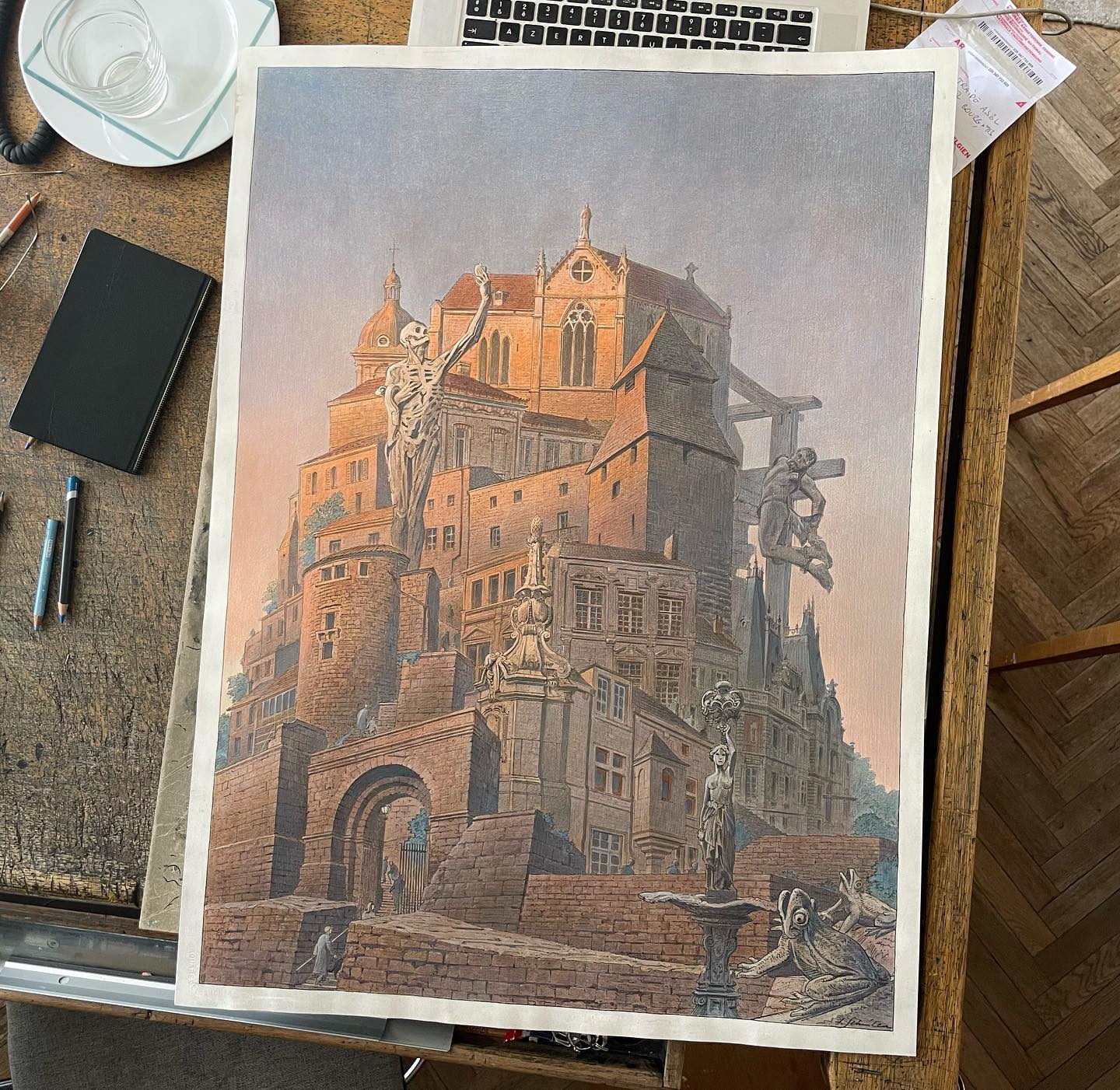 Atlantic 12 published a digital print and an offset print of this image.