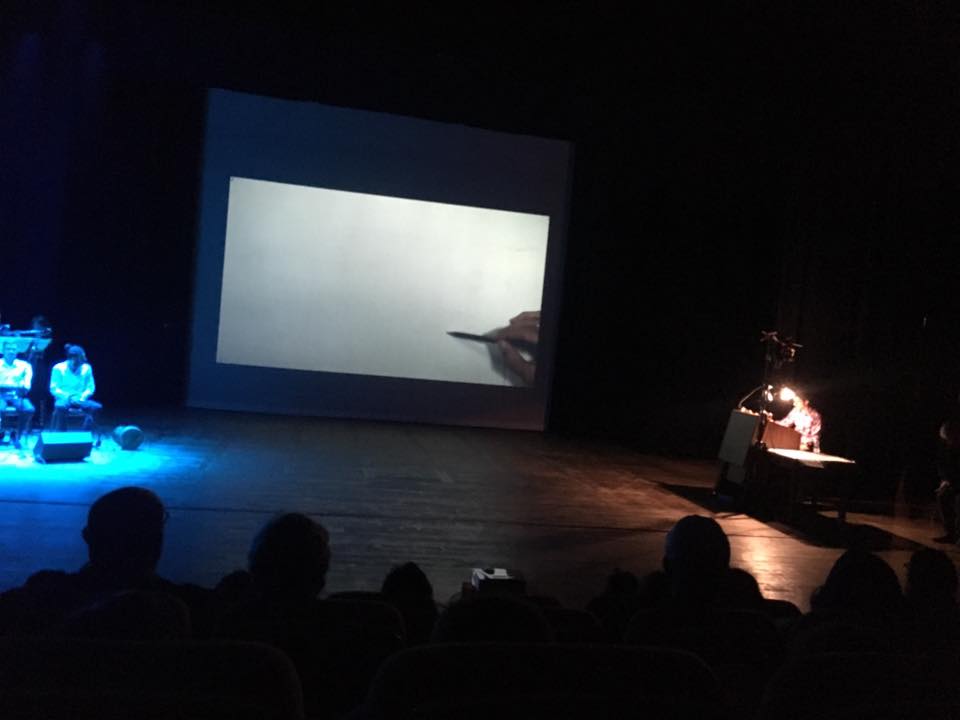 Fibda10, the International Festival of the comic strip of Algiers celebrated this year its ten years anniversary. The festival was held from October 3 - 7, 2017. François Schuiten was invited for the festival.

He participated in the “Concert Dessiné live” at the Cultural Palace. Accompanied by artists Osvaldo Montos 1) and Myriam Zaggat, and the musicians from the Algerian school of music.

Massi Bouagache 2) made the following registrations:

And some images shared by Osvaldo Montos 3) and Massi Bouagache 4).