The announcement poster for the Fête de la BD 2019 in Brussels is made by François Schuiten and Laurent Durieux. 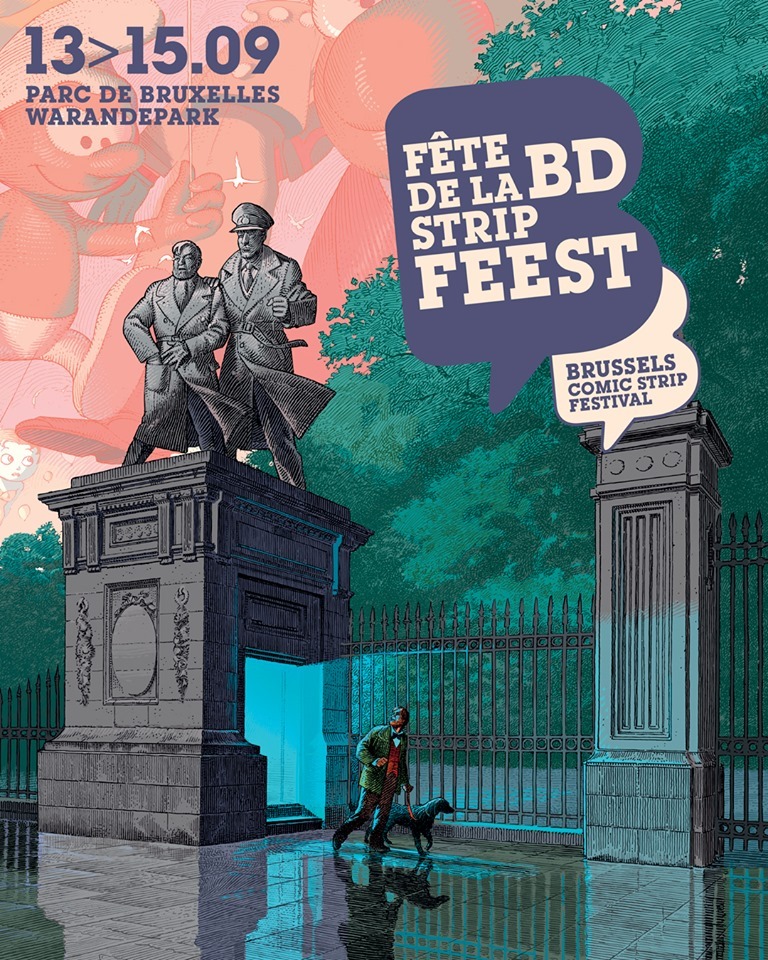 The original image used for the announcement poster is a little bigger showing more of the comic balloons used for the iconic balloon parade. 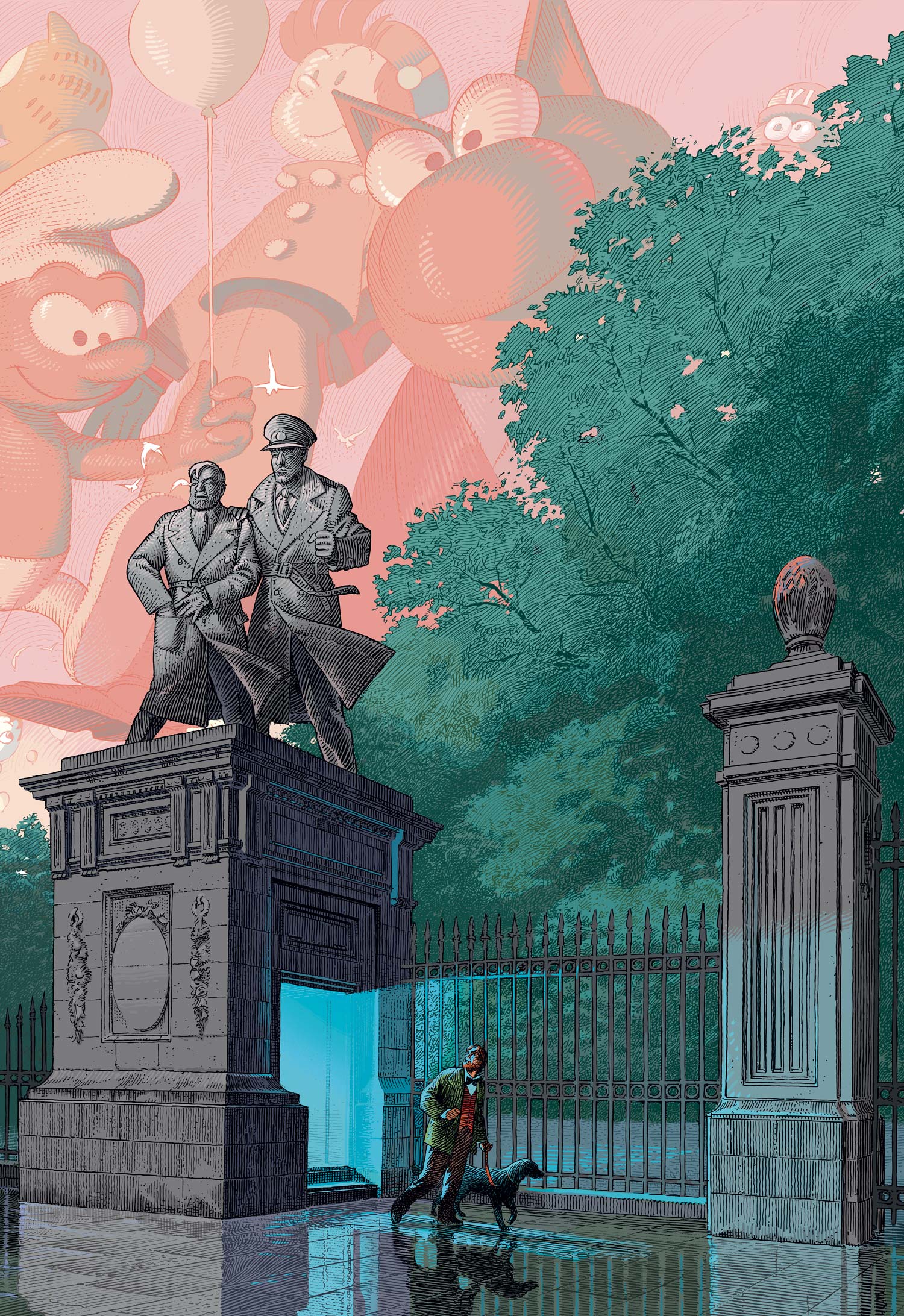 In addition to the poster version of the event a variant version with the famous Swordfish from the Blake and Mortimer series has been drawn and is co-edited by Atlantic 12 with Collector BD in a limited version, numbered and signed on nice paper. 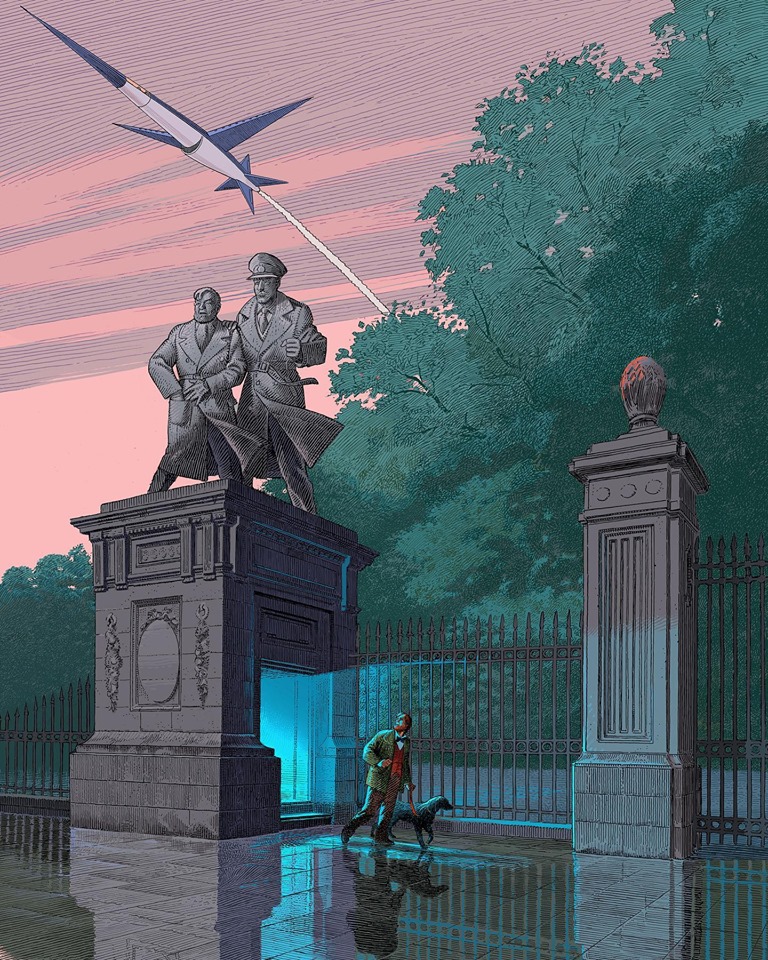 On Saturday September 14, 2019 a conference around Blake and Mortimer was held in BoZar. The various artists who have continued the series took part in a special talk on the legendary duo. This was a unique opportunity to talk about Edgar P. Jacobs’ work and the influence it still has today on comic strip artists. Questions were answered on topics such as the original work, or the focus of this last chapter on Brussels. François Schuiten, Yves Sente , Peter Van Dongen, André Juillard, Yves Schlirf, Jaco Van Dormael, Thomas Gunzig and Laurent Durieux were present.

A ticket giving access to the special Blake & Mortimer signing session was distributed (only) to conference attendees depending on the number of seats available. This signing session took place on the same day from 16:00 to 19:00 at the Dargaud stand A20.

Le Prix Atomium 2019 was awarded to the team of Le Dernier Pharaon for their work to promote Brussels in a comic album.

BX1 had an interview with François Schuiten after the award ceremony 7).

There was another signature session with François Schuiten and Laurent Durieux at the stand of publisher Atlantic 12.