24es Rendez-Vous de la Bande Dessinée d'Amiens will be held on June 1st and 2nd, 2019 in Amiens. During this comic festival an exhibition about Le Dernier Pharaon will be shown. 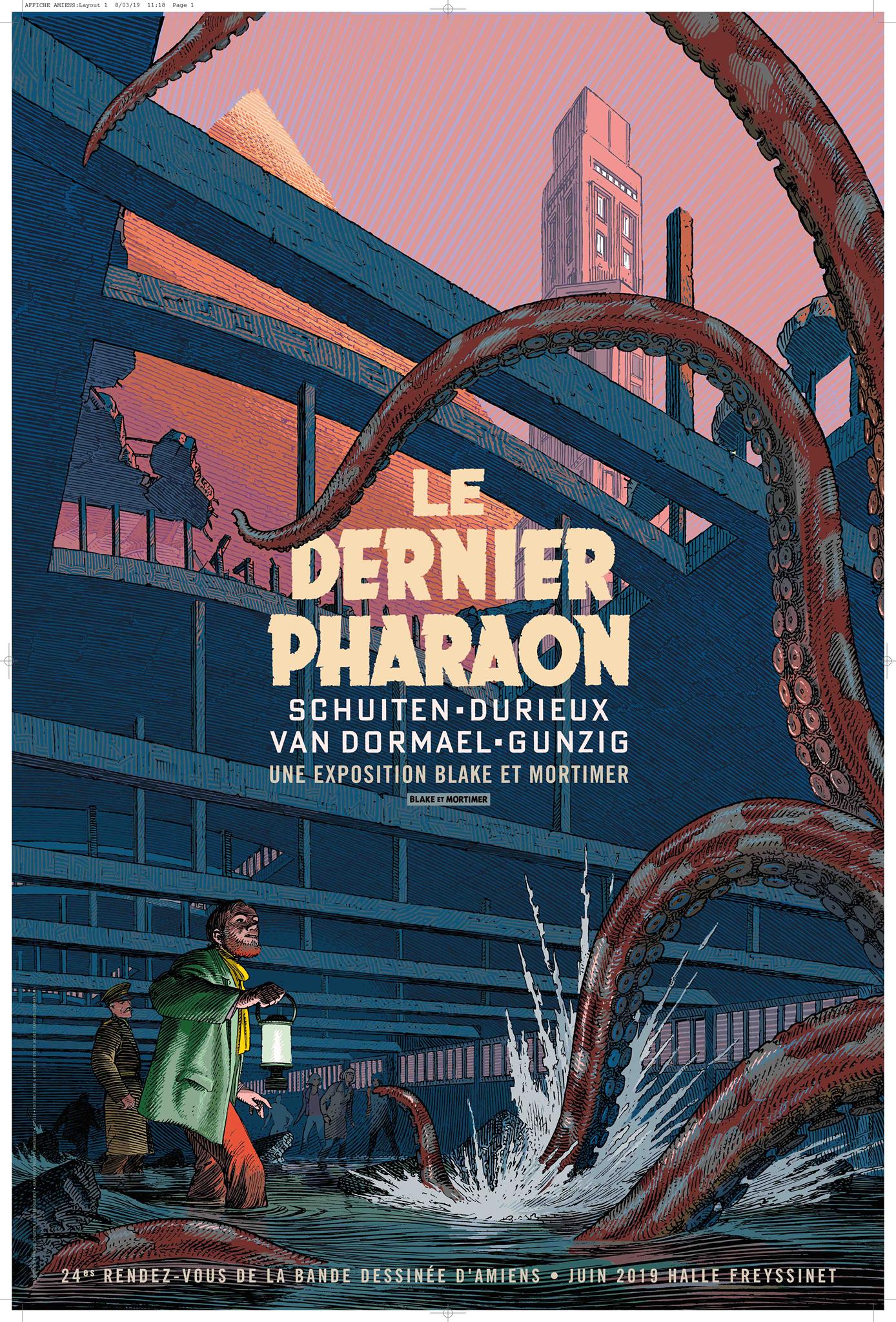 The before the actual festival a discussion and lecture day was organised for professionals in comic strips. The day was open for everyone to attend.

In the second part of the day François Schuiten, Thomas Gunzig, Jaco van Dormael and Laurent Durieux joined a panel together with Enrico Marini (author of The Dark Prince Charming).

The festival was opened on May 31, 2019 in the evening. After a series of talks by officials the team of Le Dernier Pharaon showed the exhibition dedicated to their album.

During the opening of the festival François Schuiten was honoured with the medal of the City of Amiens.

Walking from the first circle to the second you pass relics from Egypt and the drawings of Schuiten that were made for the Scan Pyramids expedition.

In the second circle you will find many original pages by François Schuiten, all black and white. In the middle of the circle there is a reverse pyramid pointing in a small pool of water mirroring the pyramid. The soundscape in this room is made by Bruno Letort.

Jean Christophe Loric 9) made a short video of the exhibition.

On the first day of the festival there were several signature sessions. The team took all the time needed to clear the waiting lines.

The dedication was made by a stamp in black and alterations in white ink or black pen by François Schuiten and Laurent Durieux. All dedications were based on the same image but were all unique.

In the afternoon of the first day of the festival the authors joined a panel discussion.