Lumière sur les Cités (Light on the Cities) was a club of Obscure Cities fans, created for the inhabitants of our world in 1993.

First a branch of the A.S.B.L. Urbicande, it became independant in 2000. While it had a promising start, the organisation developed beyond the capacities of its administrators and was dissolved on May 16th, 2001.

Lumière sur les Cités started in 1993 as a branch of the A.S.B.L. Urbicande and was run by Florence Mainquet. Information was send to the members by letter. 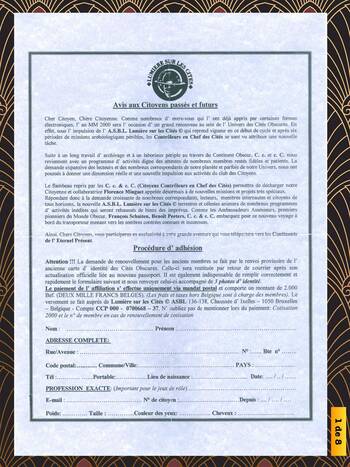 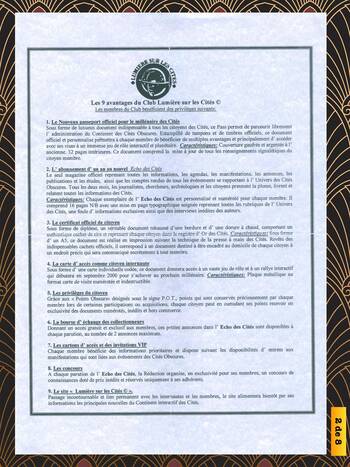 Some of that information was saved from the original website pages.

Members received documents to proof their membership and were allowed to travel to the Obscure Cities. 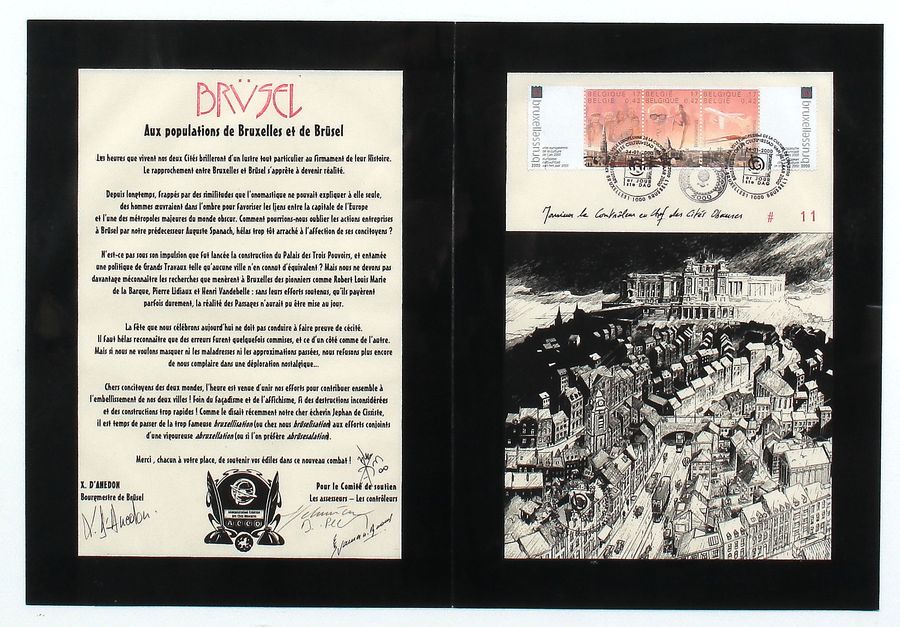 Members of the Lumière sur les Cités club received several exclusive gifts.They could also buy special editions with the club. Some of these items are saved: 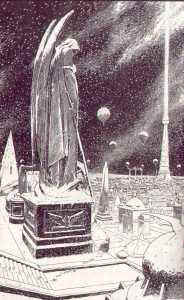 In 2001 the club was closed. From the original Lumière sur les Cités website:

“It is with great sadness that we must announce that the Lumière sur les Cités club closed down on May 16th, 2001. This decision was not taken lightly but, in the last analysis, was unavoidable. The administrative and financial burden turned out to be impossible to bear for the Cc&cC, despite all their efforts.

A last mailing to members will be sent in June: the reproduction of a painting by Augustin Desombres.

The current site will remain on line and will now be devoted to the posting of Obscure news. A Gallery of Images will soon display rare illustrations. ”