Notice to Citizens past and future

Dear Citizen. As many of you have already learned through certain electrological means, the Year MM 2000 will see a great renewal in the Universe of the Obscure Cities. Indeed, under the impulsion of the Lumière sur les Cités © Non Profit Association, which finds a new strenght at the beginning of this cycle, and after six arduous archeological stints, the Comptroller In Chief of the Cities have been given a new task.

Following a long classification work and a laborious trip through the Obscure Continent, C. c. & c. C. are coming back with an activity program worthy of the expectations of the many members who have remained faithfully patient. The many requests of the readers and letter writers of our planet, and sometimes our Universe, have convinced us that we should give a true dimension and a new impulsion to the activities of the Citizens' Club. 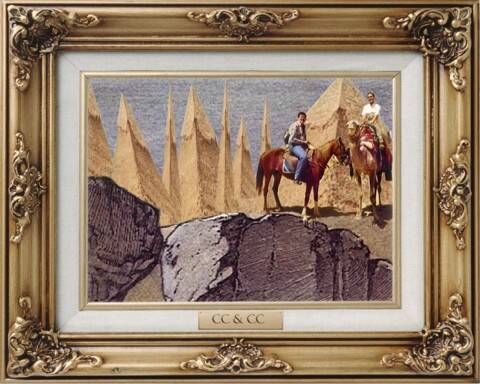 The fact that the torch has been passed over to C. c. & c. C. (Citoyens Contrôleurs en Chef des Cités) will lighten the load of Citizen and Collaborator Florence Mainguet, who has been called to new missions and very special projects. Thus answering the growing demand of ouf many contacts, readers, internaut members and citizens from everywhere, the New Lumière sur les Cités © N.P.A., will animate several exclusive activity programs spiced with many surprises. Follow in the steps of the Ambassadors Assessors, first pioneers of the Obscure World, François Schuiten, Benoît Peeters and C. c. & c. C., embark for this new journey on board the transporter leading to the shadowy countries, both known and not.

So, Dear Citizens, only you will be able to participate in this great adventure that will beam you to the Continents of the Eternal Present.

Return to the dossier