You are here » The Obscure Cities » Dossiers » As Cidades Visíveis

As Cidades Visíveis is the report of the first congres about the Obscure Cities and the bizarre events that it produces. The congres was held in Coimbra (Portugal) at November, 3 1997. The report is edited by João Miguel Lameiras and João Ramalho Santos.

The title “As Cidades Visiveis” means in French “Les Villes Visibles” … a title in contrast with that of Obscure Cities. 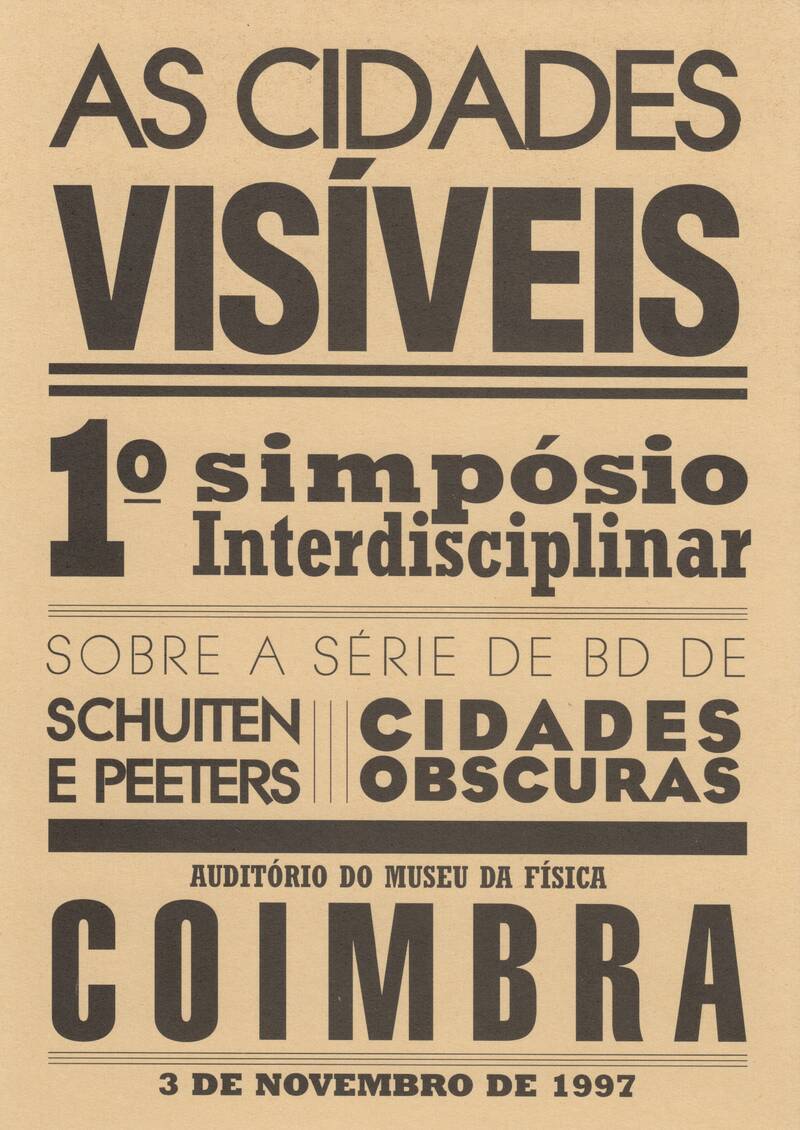 The report in Portuguese is hard to find these days. In several chapters the report discusses several aspects of the Obscure Cities. Benoît Peeters wrote the postface of the report. The report has the following chapters: 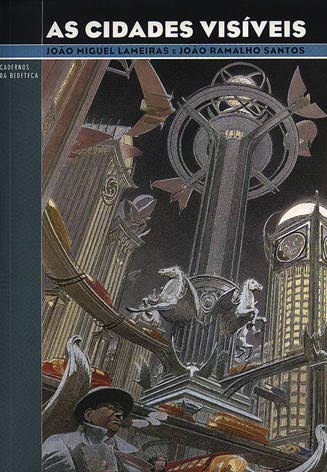 A sheet announcing the symposium was slipped between the pages of the book, it served on the one hand as an invitation and, on the other hand, it presented in detail the programme of the day, all of course in Portuguese, here is the translation:

Programme of the 1st Interdisciplinary Symposium, about the comic book series, the Obscure Cities :

Note: Papers must be no longer than 15 minutes and presented in French, the official working language of this conference. After each paper, there will be a period of debate which may not exceed 10 minutes. The organiser will ensure that the timetable is strictly adhered to and reserves the right to make changes to the programme. It is recommended that the public and participants keep their mobile phones off during the working sessions. 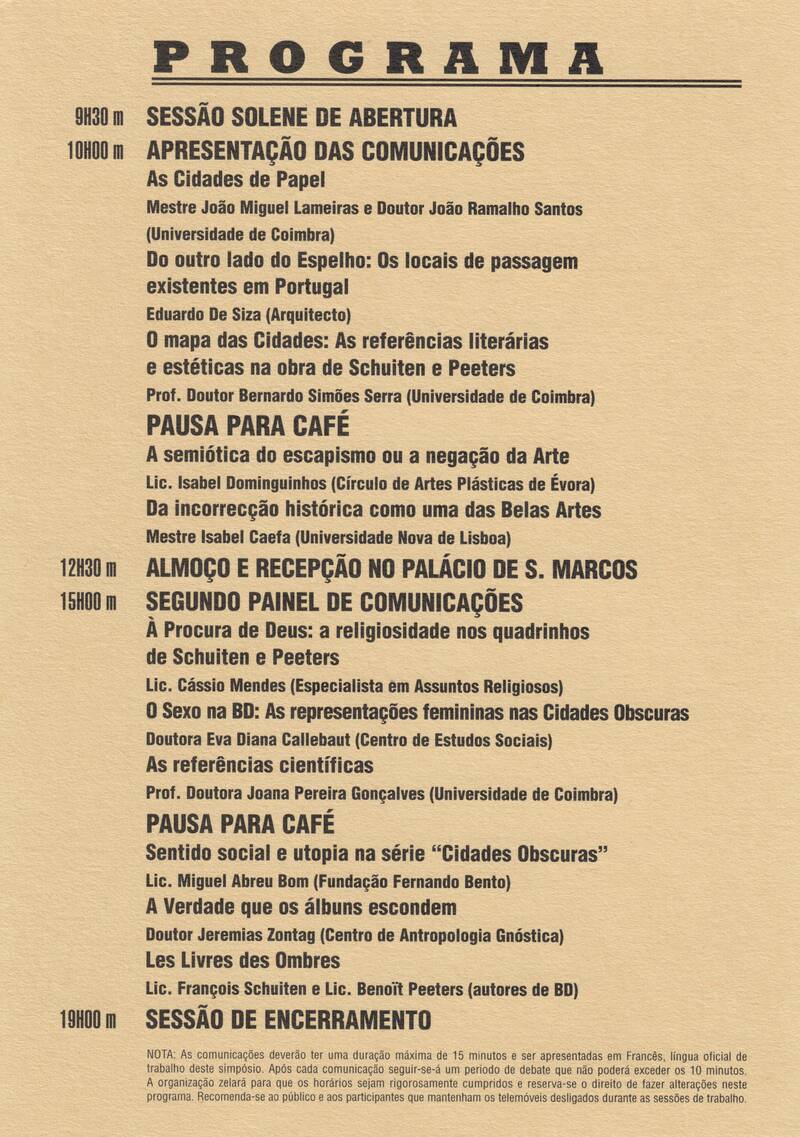