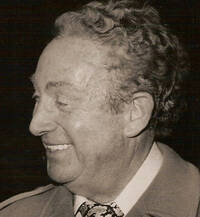 “La Mer” has been used in many films such as Bernardo Bertolucci's 2003 The Dreamers, the 2010 German film Animals United, and more recently in the closing scene (on the beach) of Mr Bean's Holiday. A Julio Iglesias version plays in the final scene of the 2011 spy film, Tinker Tailor Soldier Spy. The song was also used in the opening credits of the 2007 film, The Diving Bell and the Butterfly, which used the song to highlight the paralysing effects of a stroke that felled his fellow Frenchman, Jean-Dominique Bauby. It was also used as the opening title song in Steve Martin's L.A. Story in 1991, and in a popular commercial for South Australia, promoting the wine region of Australia.Other Trenet songs were recorded by such popular French singers as Maurice Chevalier, Jean Sablon and Fréhel 5).