You are here » The Obscure Cities » Dictionary » Tramelan

Tramelan is a rare type of Obscure Watch 1). Made in 1990 with the help of Roland Margueron of Galerie Papiers Gras in Genève. There were 180 copies made. 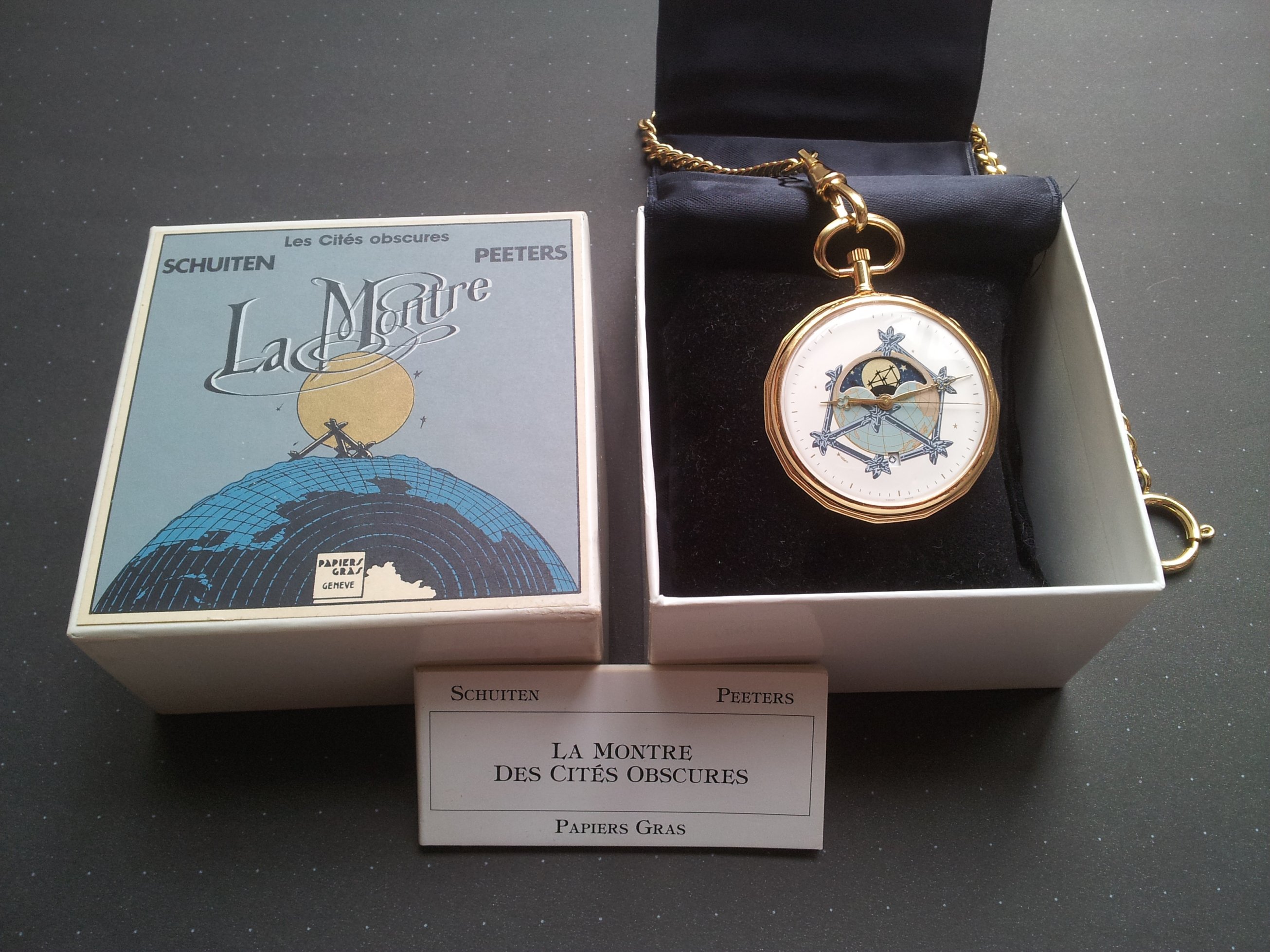 There is a booklet inside the box, it doesn't give information on how the watch is working, it is only a detailed list of the so called 'Signes du temps', explaining the different drawings each day. The texts were written by Benoît Peeters. Benoît: “I wrote the small texts for that occasion. It was something esoteric, astrologic… typical of the obscure world. Then we used the images and texts in “Le Guide des Cités”. Maybe I transformed them a little and added a few ones. Honestly, I don't remember.” 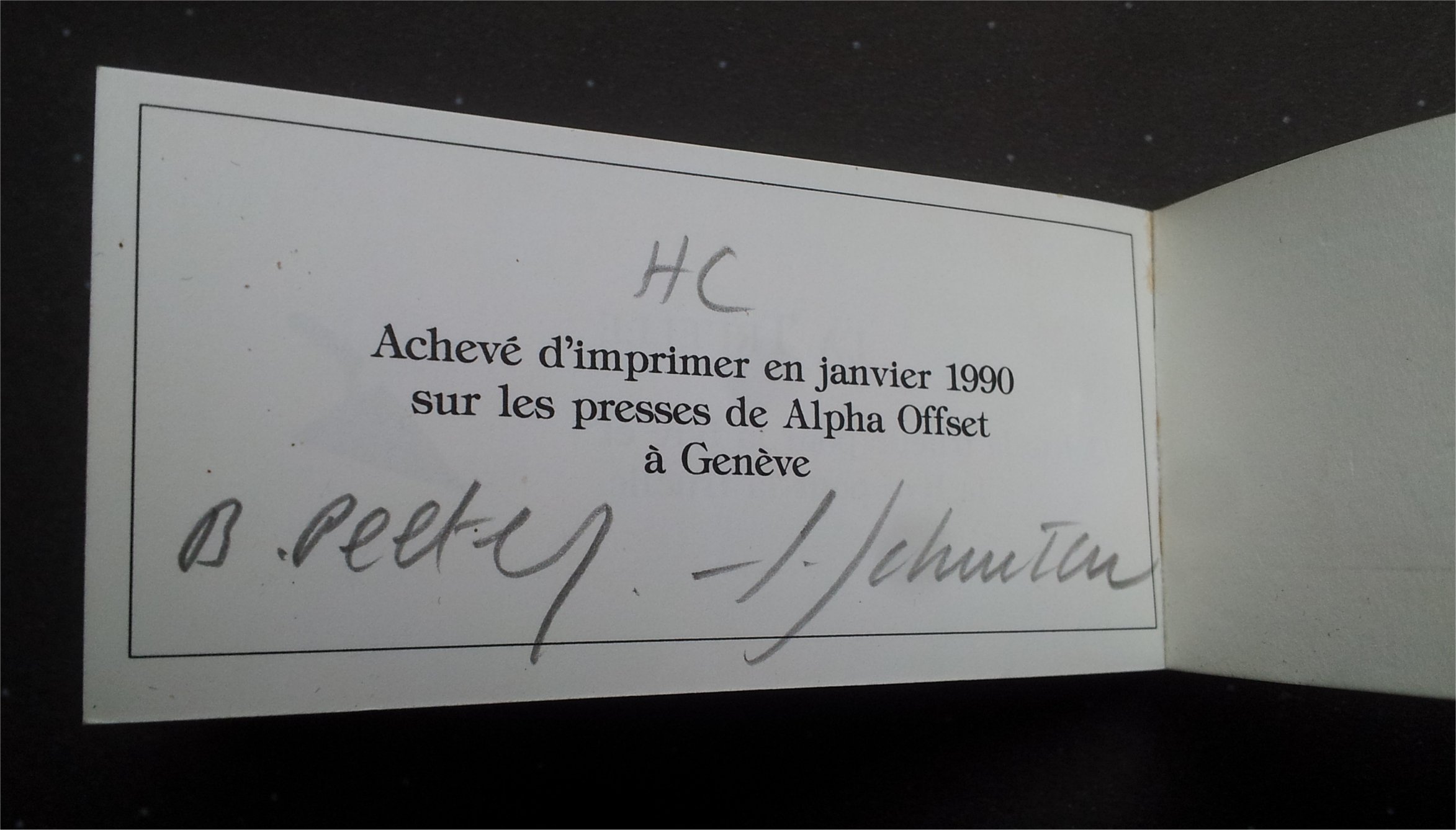 The watch has two windows: a big one with obscur cities landscape and a little one with these famous 'Signes du temps'. It is working with a battery clearly indicating that it is just a copy of the one we're likely to find in the real obscur world where it has clearly a mechanical system… 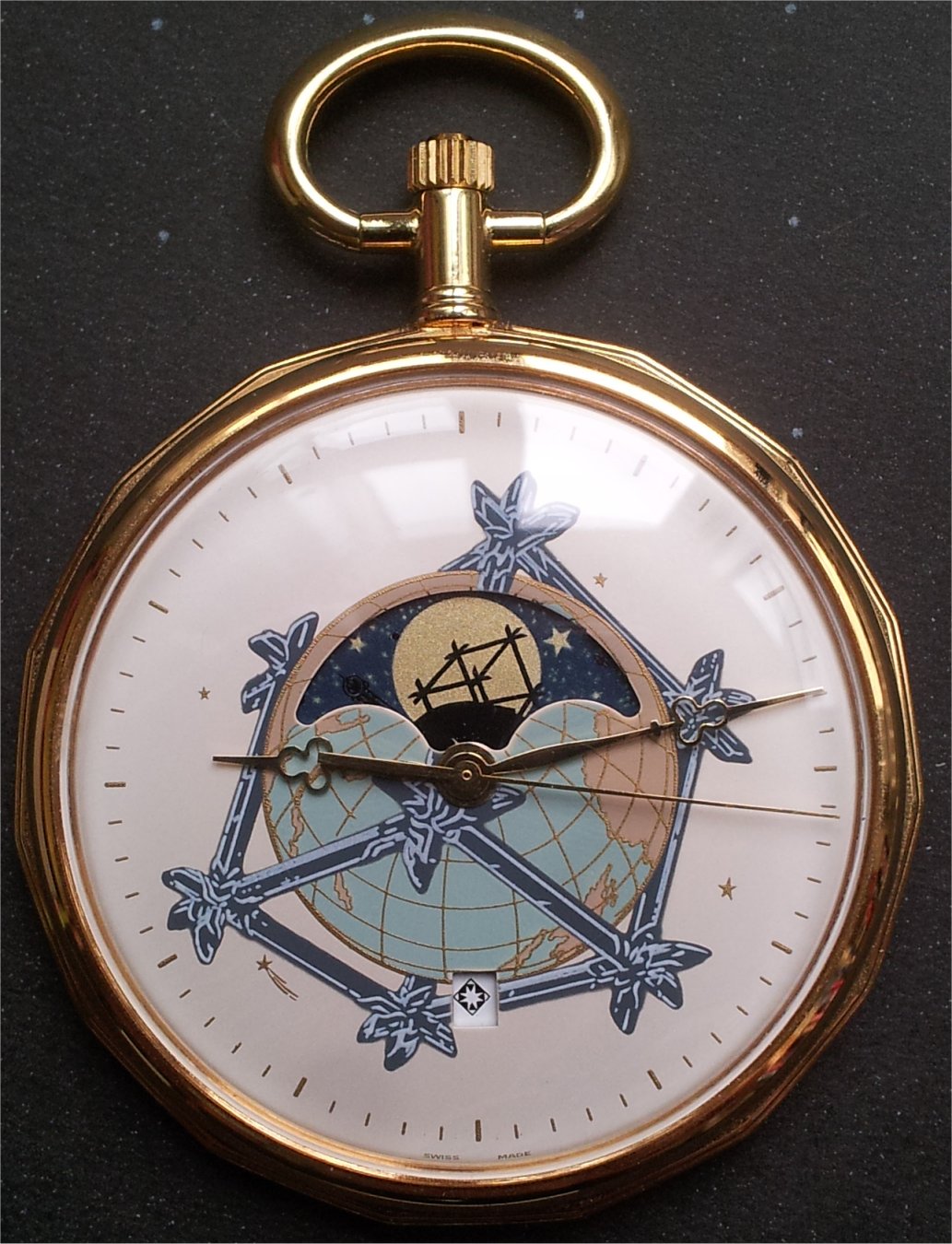 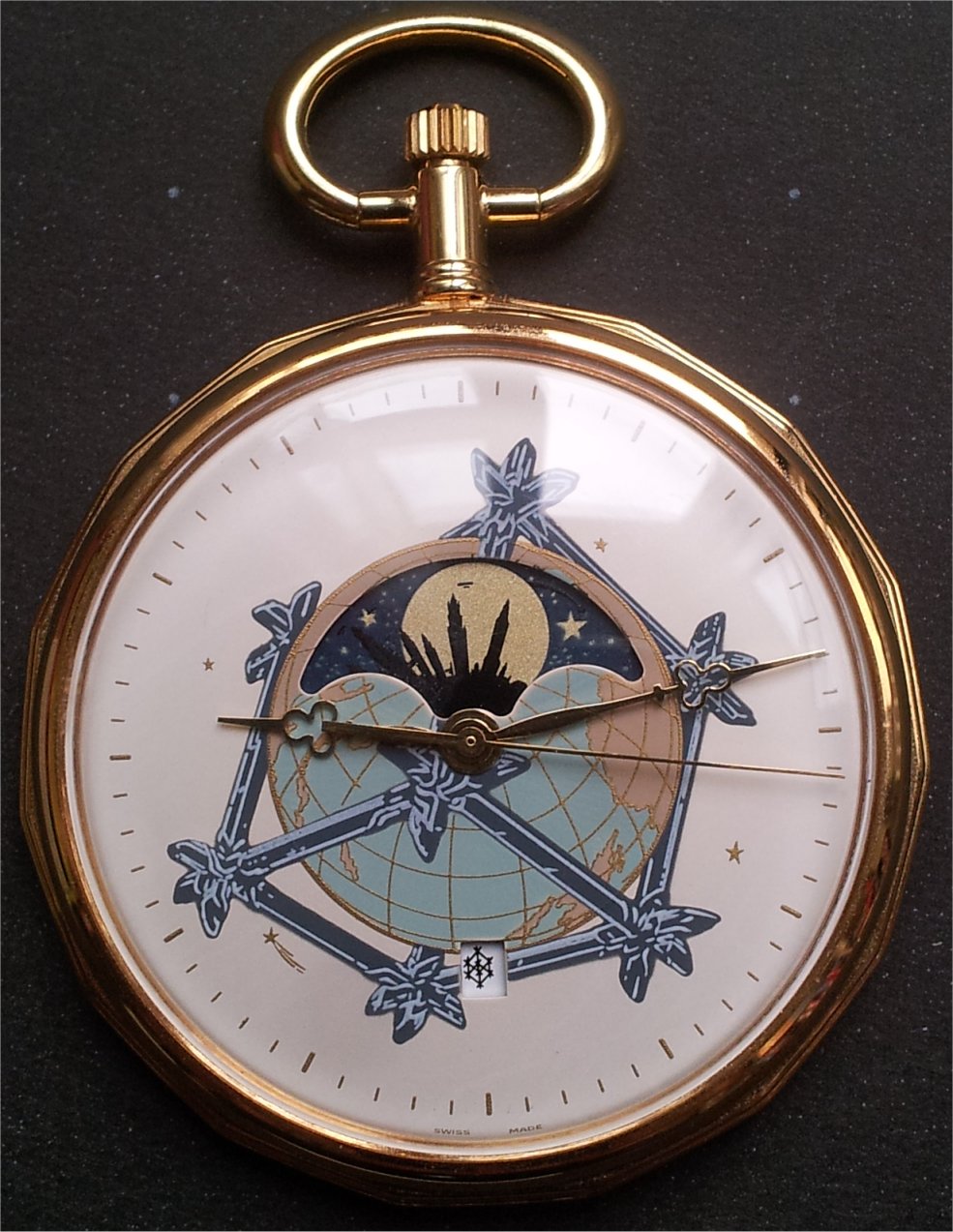 In the box or on the watch there is nothing indicating the manufacturer (confirming it is indeed coming from the obscure world!). Nobody never made the experience to open it, maybe there are some information inside the watch… We discovered (in auction catalogs) that a swiss manufacturer made few models in very limited quantities for Bilal or Tardi, the watches design were very close to the obscure cities one. The manufacturer is Auguste Reymond and its offices are located in a town, in Switzerland … called Tramelan.