You are here » The Obscure Cities » Dictionary » Tower (The)

The Tower [La Tour] is an immense building, the size of a city. Its construction was started to put an end to the Language Wars that were ravaging the Continent. The beginning of the work was taken as the start of a major Obscure calendar; but it was never truly finished and thumbed down around 450 AT - unless it flipped into another universe. The intended goal of its builders was to try to gain access to another spiritual plane through a structure that would have become lighter and more refined as it rose. This concept was perhaps inspired by a description of the Mount Analogue. The Tower is generally considered mythical by modern Obscure people, but its cultural influence remains great. 1). 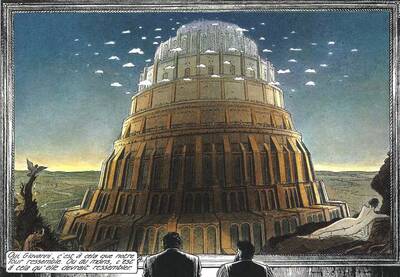