You are here » The Obscure Cities » Dictionary » Thalys 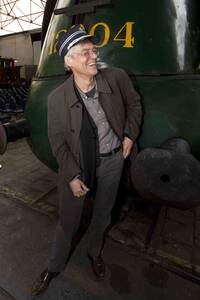 Thalys is a high speed train between Amsterdam and Paris. To mark the release of his new album La Douce, François Schuiten pays tribute to the railway world in a new exhibition on a Thalys.

Each in their time, the Atlantic locomotive type 12 in the 30's and Thalys today embody the spirit of innovation that drove the railway between speed, style and modernity. By reviving the principle of exhibitions on trains, the famous Belgian artist François Schuiten & Thalys invites travelers to discover this locomotive legend that revolutionized rail travel in his time, but provides also a reflection on the links between the man and machine, between past and present. 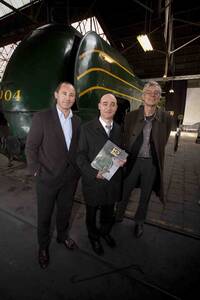 “These trains had the same issues: the speed, performance, modernity. They were to meet.

Thalys has given this opportunity by presenting images of the Type 12 in the heart of the train, creeping into the car, talking with the classical space of Thalys today. One way to reconnect with images, tables that could be discovered in the cars that took us on a journey. It may be, for that 12,004, the opportunity to find the light and become again what it always was: a star, “said Francois Schuiten. Exposure to 300 km / h, to discover in each area until July of this Thalys, illustrations by François Schuiten well as text and photos take you on a journey within a journey, who is also an escape in time.

This exhibition will travel to the train-course of this summer. ” I am very proud to host this exhibition of François Schuiten inside one of our cars: it is an honor to be part of this heritage railway and put into perspective our issues. “says Franck Gervais. 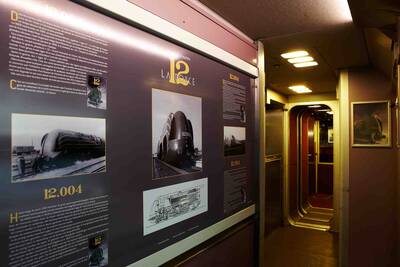