You are here » The Obscure Cities » Dictionary » Schmitt, Daria

Daria Schmitt is a comic artist. After studying history and architecture studies, Daria Schmitt became a professor at a school of applied arts, before devoting herself full time to comics. Daria Schmitt lives and works in Paris 1).

She published in 2010 her first album in two parts: Acqua Alta. This first story is inspired by Venice and its carnival. You can also see some influences of the Obscure Cities. François Schuiten has written the foreword in the first album.

Her second album, L'Arbre aux pies (2013), is a fable with many mythological references. For this second album Daria Schmitt made two drawings together with Schuiten. 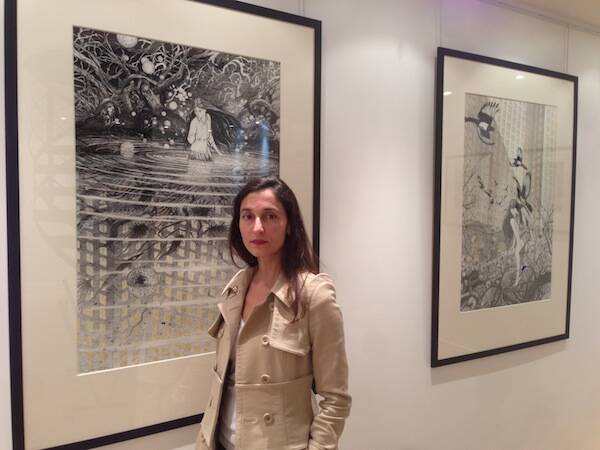 Daria Schmitt in front of the two images she made together with François Schuiten
000.090 - Persons, 700.030 - Graphic arts & decorative arts
1)
See: http://www.casterman.com/Bande-dessinee/Auteurs/schmitt-daria