You are here » The Obscure Cities » Dictionary » Scan Pyramids project

The Scan Pyramids project is an unprecedented, large-scale project and will begin early November 2015. It will focus on four masterpieces of the Fourth Dynasty (2575-2465 BC): on the site of Dahshur, about fteen kilometers south of Saqqara, the mission will study the South pyramid, called the Bent, and the North pyramid, called the Red, both built by Snefru (2575 - 2551 BC). On the Giza plateau at about twenty kilometers from Cairo, it will study the pyramids of Khufu and Khafre, built by the son and grand-son of Snefru. 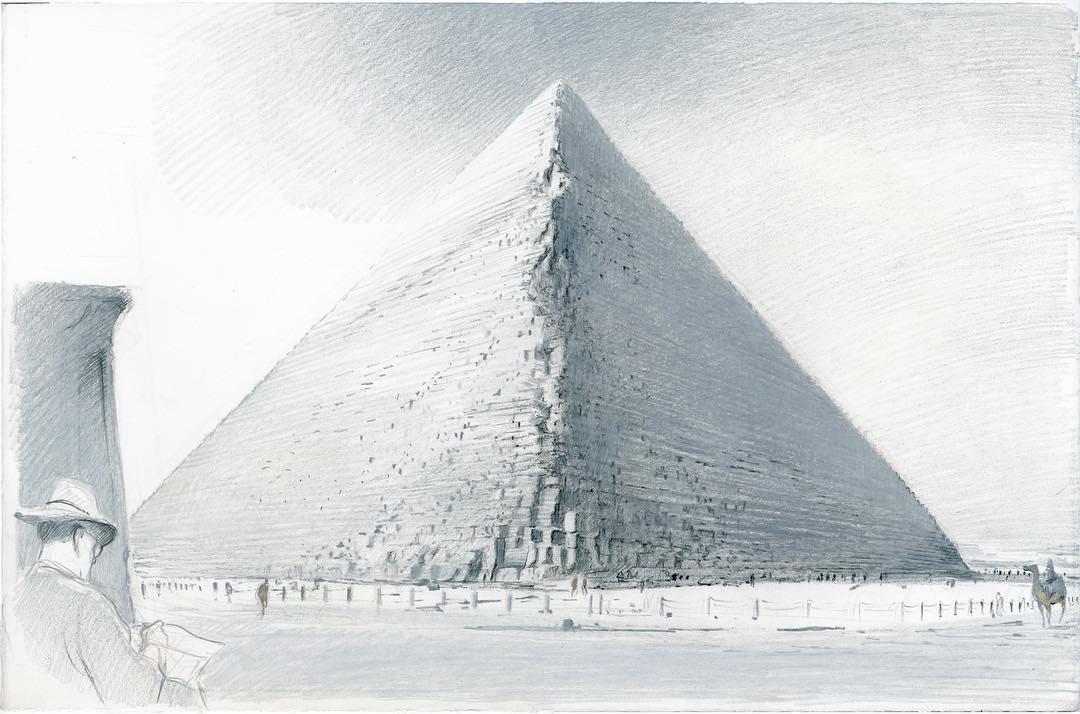 This campaign, supported by the Egyptian authorities, is entirely dedicated to the advancement of knowledge. Sharing and transfer are the key words. “Our desire is to form a team of international experts, says Mehdi Tayoubi, HIP Institute president and co-director of the mission, then discuss and confront the theoretical and technological approaches to the archaeological ground reality.” 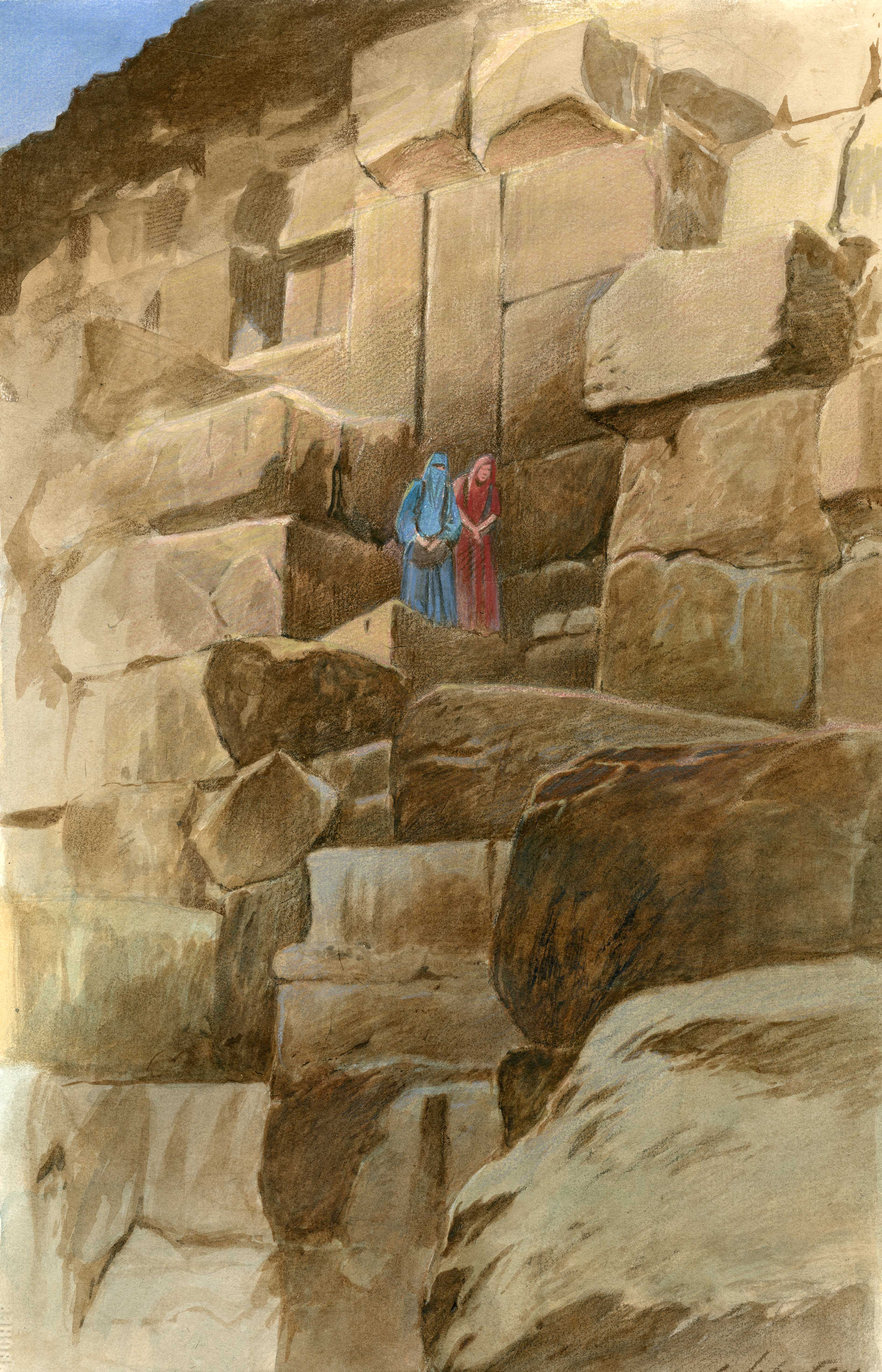 This could be the motto of the exceptional scientific mission launched October 25, 2015, under the authority of the Egyptian Ministry of Antiquities, initiated, designed and coordinated by the Faculty of Engineering of Cairo and the French HIP Institute (Heritage, Innovation and Preservation). Radiographic muons, aka cosmic particles, infrared thermography, photogrammetry, scanner and 3D reconstruction: the most innovative technologies will be used by researchers of international renown and three major universities: the Faculty of Engineering of Cairo University, Université Laval of Quebec and Nagoya University of Japan. Their goal: to probe the heart of the largest pyramids of Egypt, without drilling the slightest opening.

François Schuiten made several water colorings for the project. 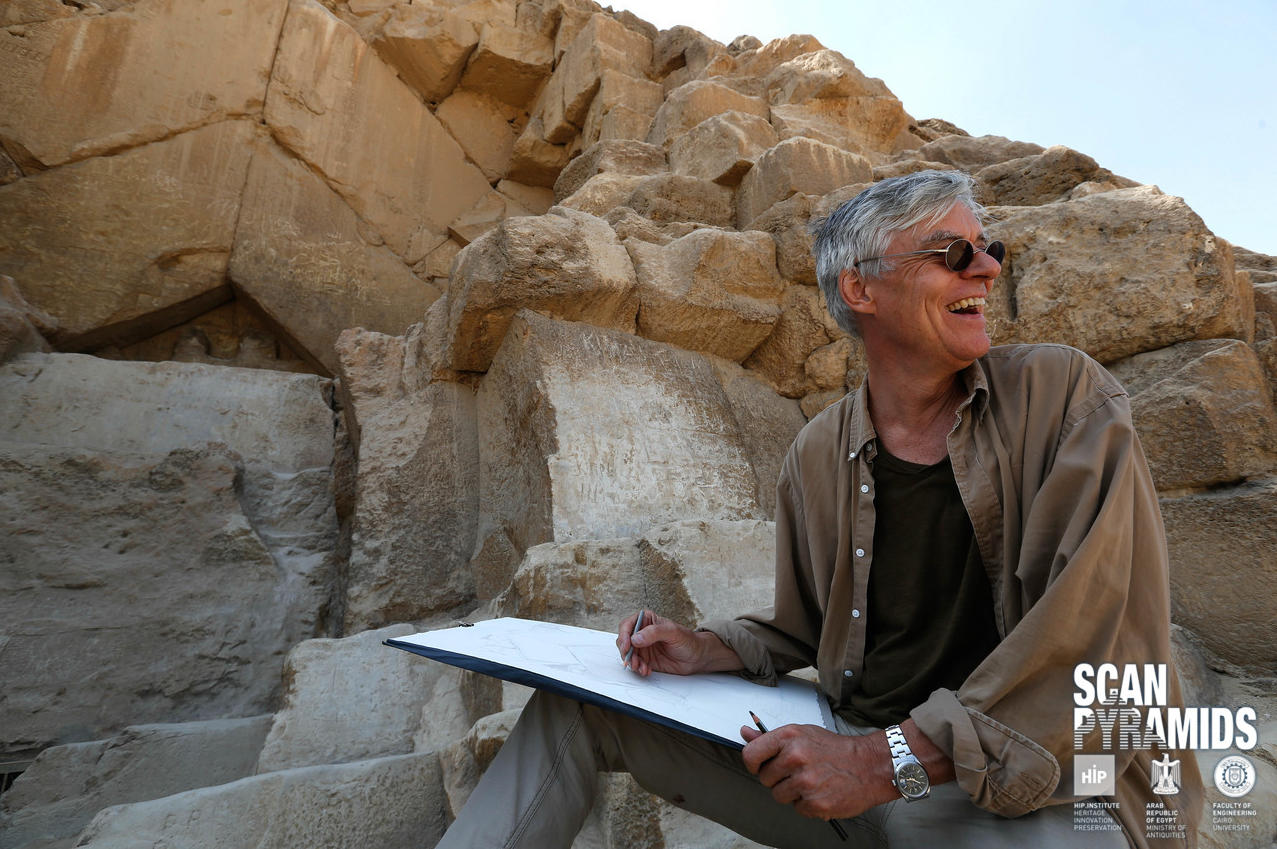 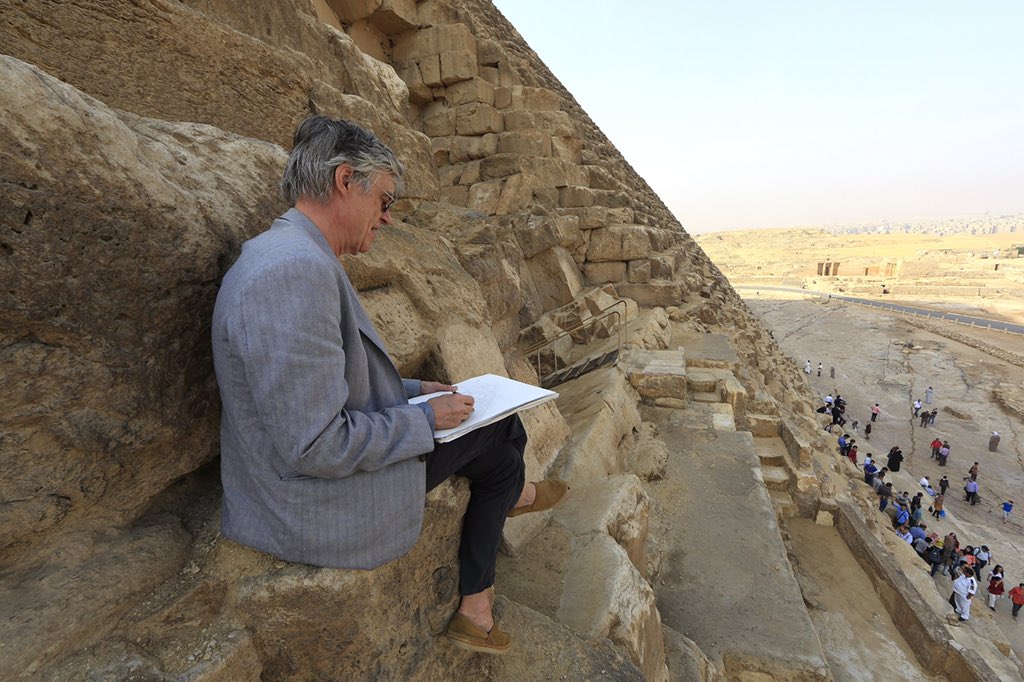 In October 2016 the project could publish its first significant findings thanks to Muography at Khufu Pyramid 2).

As the project is not only about science but also about art François Schuiten , Alexandre Obolensky and Nicolas Godin visited the project. 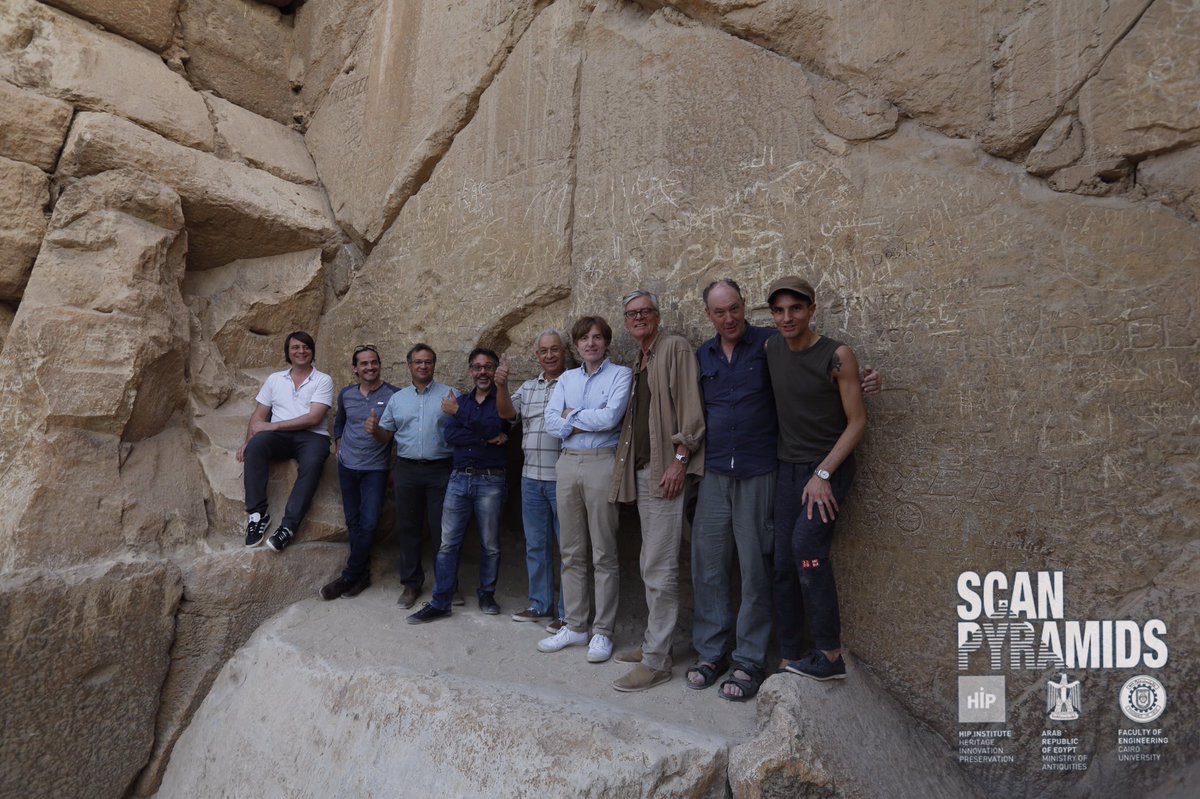 François Schuiten drawing in Egypt as seen by Alexandre Obolensky. 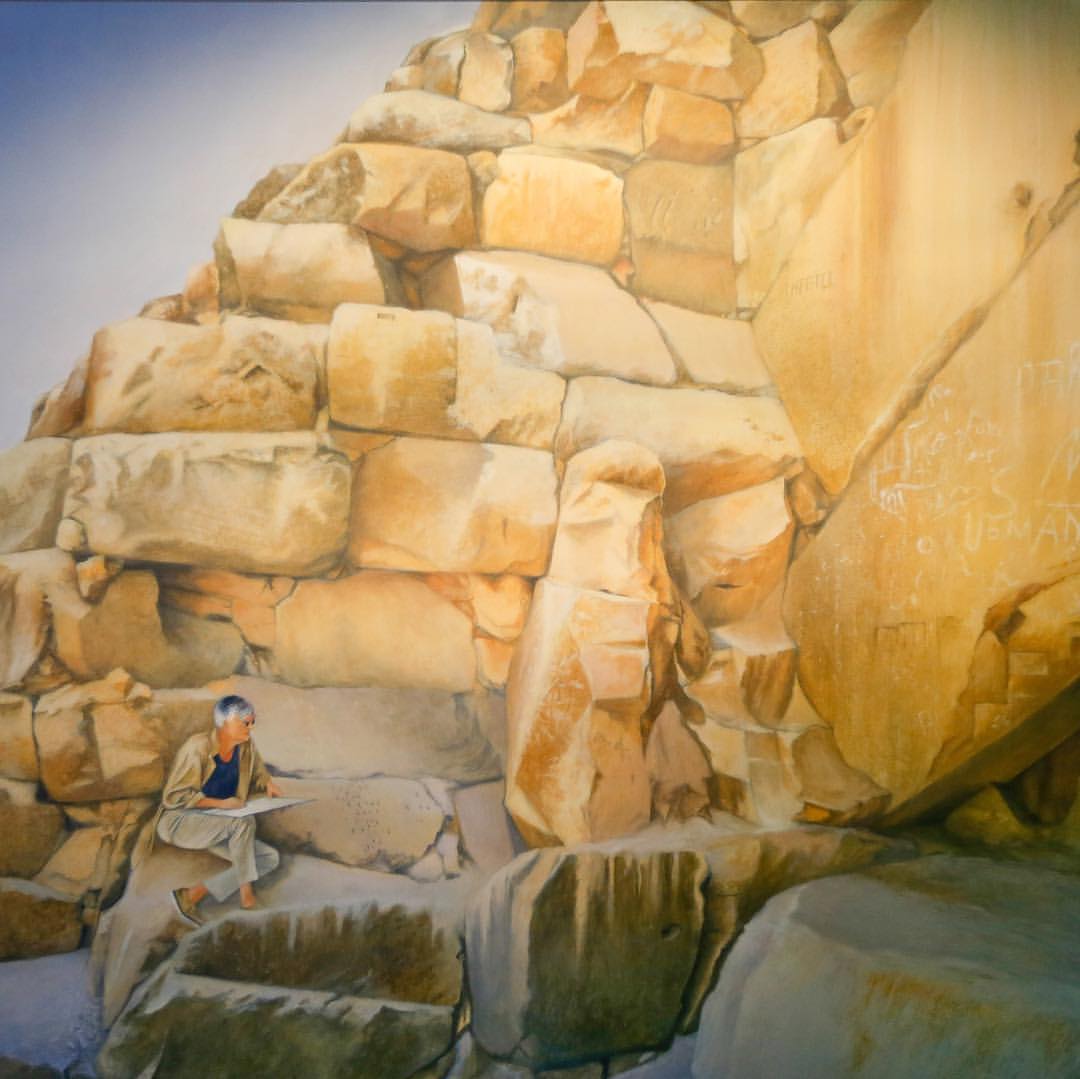 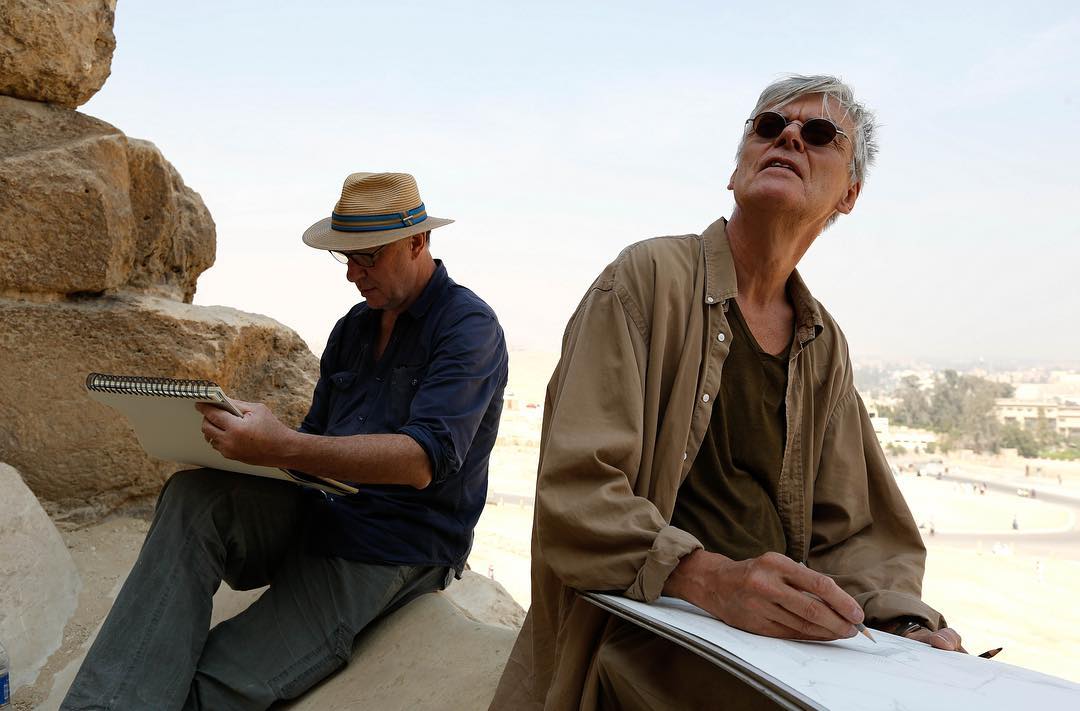