You are here » The Obscure Cities » Dictionary » Rendez-vous du Futur 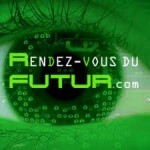 After Joel de Rosnay , Claudie Haigneré, Jacques Attali, Bernard Werber was the turn of the famous cartoonist and designer Francois Schuiten to be the guest of the 5th Les Rendez-vous du futur . François appeared in the show on January 25, 2011.

Les Rendez-vous du futur meetings are at the Cube with personalities from artistic, scientific, intellectual, around topics related to new technologies, digital society and global implications on our future.

Filmed live, these one-hour meetings are broadcast simultaneously on the sites rendezvousdufutur.com and lecube.com and on the websites of media partners. They are also relayed in real time on Twitter, Facebook and followed on iPhone . After a 30 minute presentation with guests, the floor to the public and users of the Cube which pose their questions directly. An appointment participatory and multi-platform for thinking the whole world of tomorrow.

2. What is your participation in the Greater Paris project has made to how you look on the world city?

3. You do not really answered my question …

4. How the series was Quarx precursor of something? Look back and what do you ask about this series?

5. Did you have all the tools to work without constraint?

6. Do not you think the internet has become a fertile extension of the physical world?

7. Is there a before and after web designer in your life?

8. What the computer has brought to your work?

9. Is the new uses that allows the computer can bring something to your work?

11. The time to think and reflect every detail is absolutely essential …

12. You participated in a film, Mr Nobody, can you tell us a few words?

13. In 1988, you publish the Encyclopedia of Transport and future. Future would change the game up a lot today?

14. You said qu'Urbicande. Be was in ruins. When are you going again with a webmaster and again in a heartbeat?

15.Vous invent the universe and work for our practice, how do you reconcile all this?

16. Have you been fed the notion of utopia as such?

17. Is utopia intended to illuminate the future of humanity or is it that there was no excess in utopia?

18. The city of tomorrow is she similar to what we know? What is your definition of the city and live together?

19. How do you think architects will respond to the problem of overpopulation?

20. You position yourself as a man of the past, present or future?

21. You are a kind of archaeologist of the future …

23. If one combines the art and the future how do you see the role of the artist in the city?

24. This is not the technology or policies that create utopias but an artist who expresses the desire of the future …

25. It should therefore both be in a form of responsiveness and the need to slow progress of a job …

26. Why do not you work the idea of ​​disappearance of the city in your utopia. ?

27. Do you have any new projects documentary and he will respond to an obscure cities?

28. You also realize performance with a musician, can you say something?

29. What brings you this work of improvisation and spontaneity?