You are here » The Obscure Cities » Dictionary » Passage mural (le) 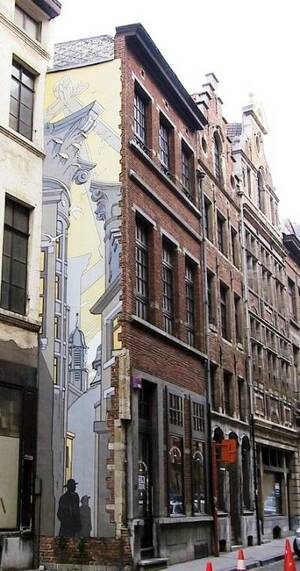 Le Passage / De Doorgang is a mural by François Schuiten. It was inaugurated in August 1995 and can be found at Rue Marché au Charbon - Kolenmarkt in Brussels, just opposite the police station. Its area is about 20 m². Realization by G. Oreopoulos and D. Vandegeerde of society “Art Mural” 1). 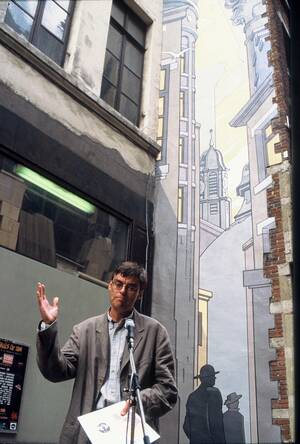 Schuiten at the opening of the mural Le Passage

The mural was created with a special technic different from what Art Mural used for other murals in Brussels. They used the Sgraffito technic 2), where a layer of synthetic cement tinted with black smoke was covered with a layer of 3 mm thick white cement in which they engraved making the drawing lines reappear again. This technique is also used frequently in Art Nouveau 3). 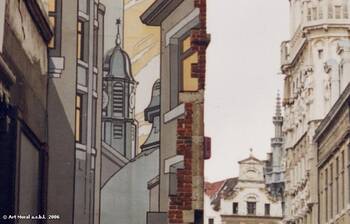 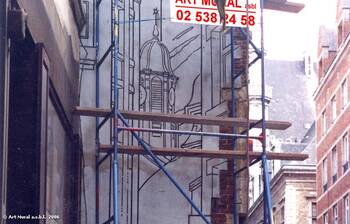 The mural is based on a design made by Schuiten. 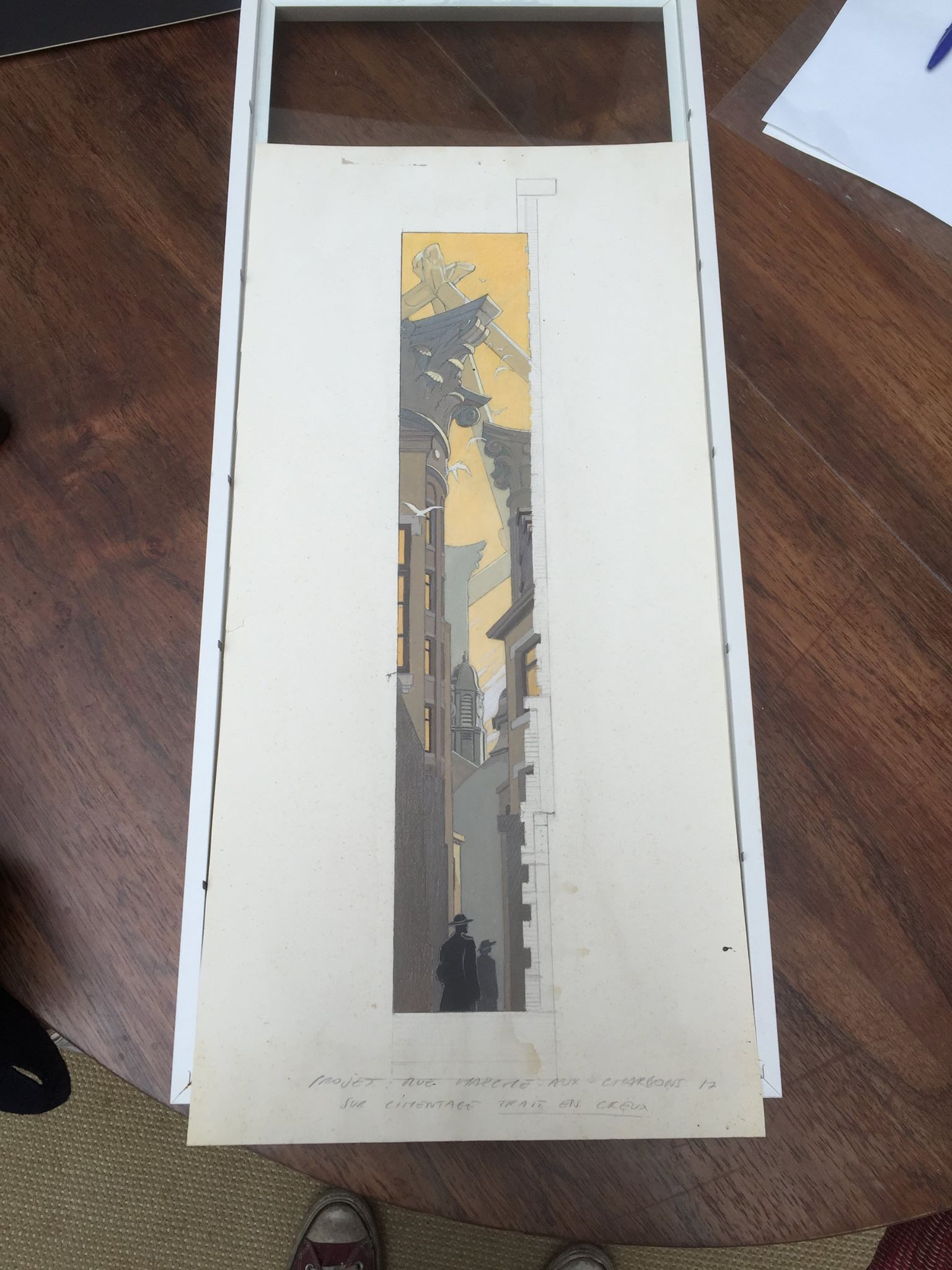