You are here » The Obscure Cities » Dictionary » Parc Royal

Parc Royal is a green space in the heart of Brussels. It is also called Parc de Bruxelles (French) or Warandepark, is the largest urban public park in the center of Brussels. The area of the rectangular park is 13.1 ha (32 acres). It is surrounded by the Royal Palace of Brussels and the Belgian parliament 1).

The park was created between 1776 and 1783 on the site of the gardens of the former Coudenberg palace. The park was designed in a neoclassicist, geometric style by Gilles-Barnabé Guimard and Joachim Zinner. Its main entrance is on the north side, opposite the Belgian House of Parliament. An avenue leads to the main pond, from which three other avenues offer views of three important places in Brussels: the Palace of Justice, the Royal Palace and the Place du Trône (Troonplein). The park is surrounded by a double row of lime trees and a monumental fence designed by Tilman-François Suys 2).

By design or by coincidence, its lawns and alleys trace the pattern of numerous Free-Masonic symbols.

The Obscure connexion is undeniable, as there was an identical site in Urbicande 3). 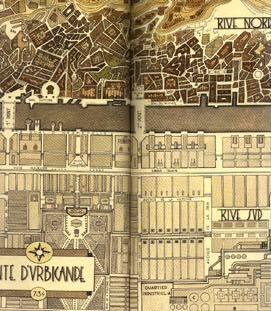 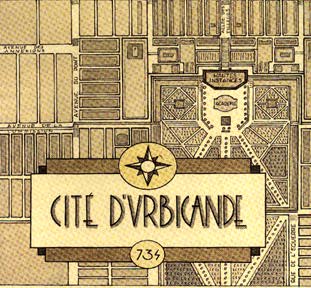