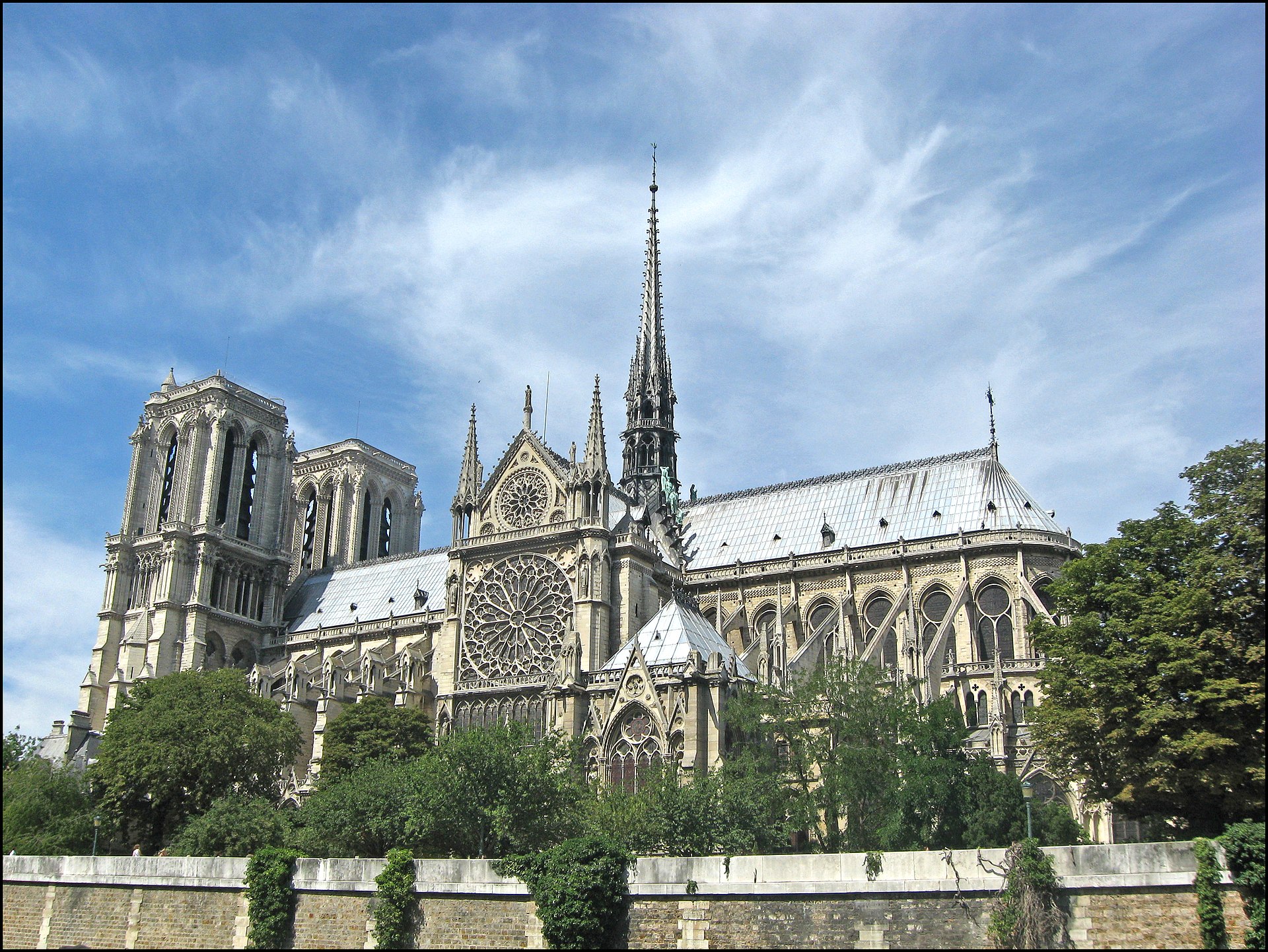 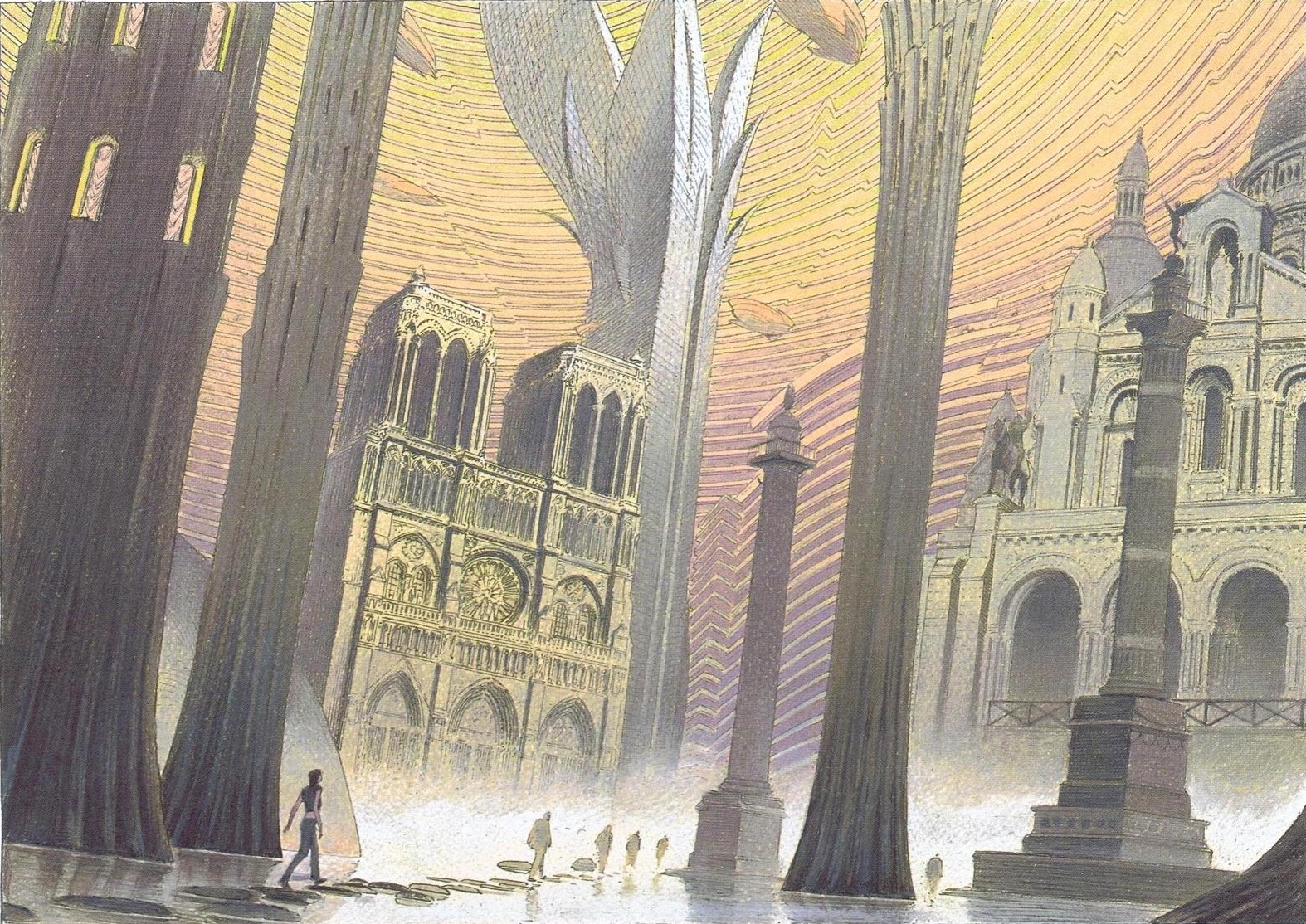 In 2021 François Schuiten made a drawing of the Notre-Dame. Schlirf Yves published 7) some pictures of a meeting between Schuiten and Vincent Montagne to discuss this image. The image was used on the security boarding around the construction site. 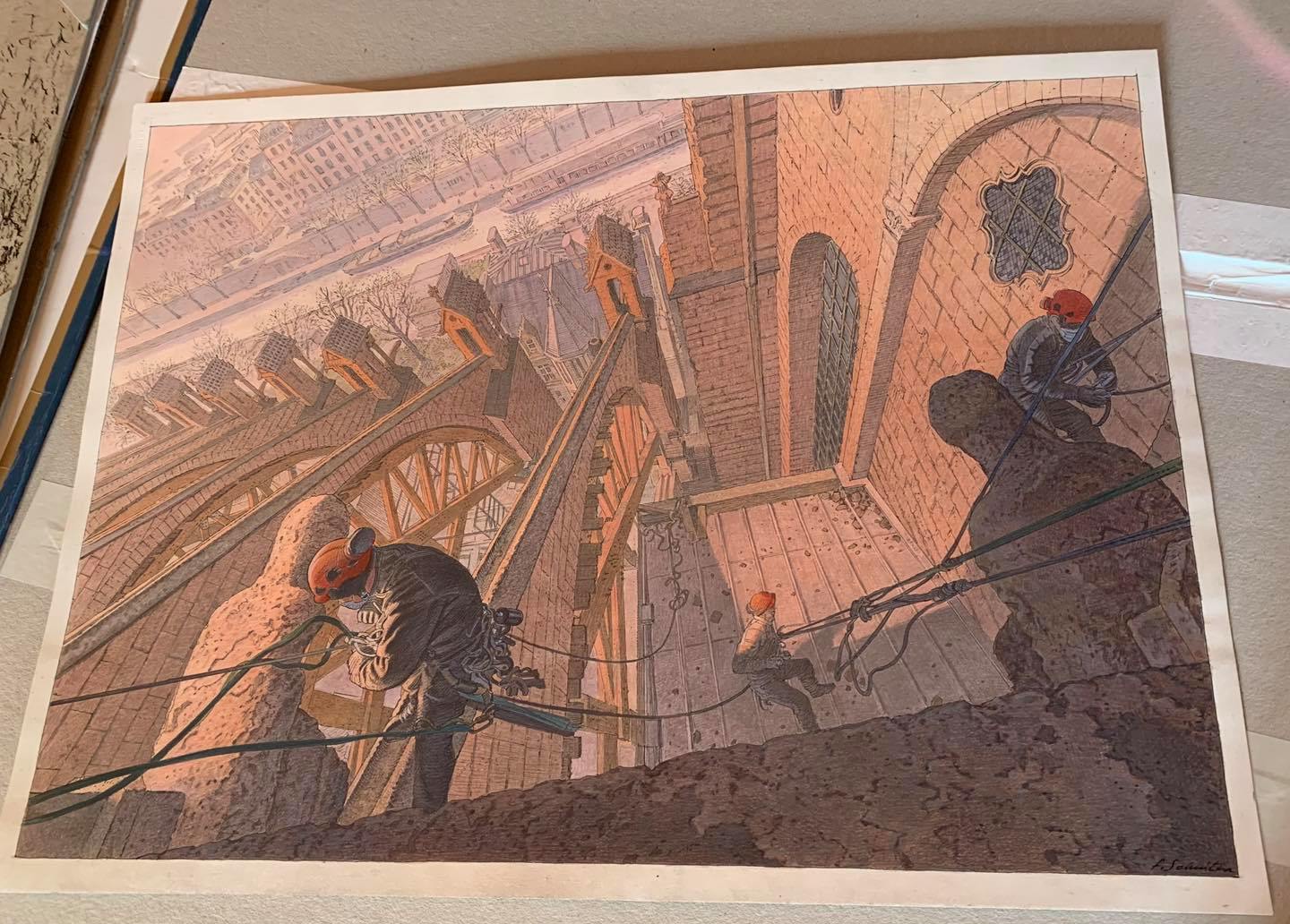